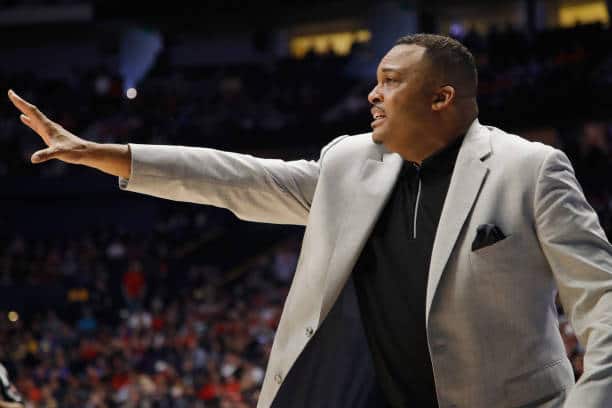 American Athletic Conference remains chaotic with who wins and loses.

The American Athletic Conference has teams exploiting one another’s weaknesses and reinventing themselves to create wins.

This week, Cincinnati basketball grabbed a couple of wins over ECU, 79-71, and Wichita State, 61-57. While the Bearcats opened a big lead that they could hold onto in the first game against the Pirates, they struggled to do so, scraping by for a win over Wichita State. Cincinnati basketball’s ball movement and ability to limit turnovers allowed for the team’s success. The Bearcats’ tenacity allowed them to battle back past the Shockers.

Look back at yesterday's thriller over Wichita State. pic.twitter.com/bhFbiSwI7J

Cincinnati will host Tulsa on Thursday, January 20, at 8 p.m. CST.

ECU basketball split the week, falling to Cincinnati, 79-71, and then stealing a win from Memphis, 72-71. The Pirates need to take a half to warm up. East Carolina started slow, figured it out, and battled back in these two games.

Coach Dooley knows how to exploit teams and find ways to win. In the game against Memphis, even with the Tigers shooting over 50%, the Pirates exploited their aggressiveness and got to the free-throw line 21 times and caused the Tigers to turnover the ball 22 times. The last-second shot that led to a court storming came from Brandon Suggs as the clock was expiring. The Pirates will host UCF on Tuesday, January 18, at 6 p.m. CST.

With a whole week off to prepare, Houston basketball traveled to Tulsa to win, 66-64. After opening a big first-half lead, the Cougars caught a cold as Tulsa heated up. Houston did not assist at its usual clip and allowed too many offensive rebounds from this Tulsa team. The big news was the loss of Jamal Shead in the first half after he rolled his ankle.

The Houston Cougars will host the USF Bulls on Tuesday, January 18, at 7 p.m. CST.

The Memphis Tigers took two road losses this week, first against UCF, 74-64, and then to East Carolian, 72-71. This incredibly talented team needs some fine-tuning. The abysmal free-throw shooting and turnovers cost them these two games.

Penny Hardaway is struggling to find a groove and still tweaking this team. Memphis basketball continues to move the ball, rebound, and defend extremely well.

Memphis does hope to get back on track as it hosts SMU on Thursday, January 20, at 6 p.m. CST.

SMU basketball grabbed two wins this week, one against USF, 77-65, and over Tulane, 75-66. The Mustangs continue to succeed beyond the arc, have good ball movement, and excel at shot creation. SMU got sped up against Tulane and turned the ball over more. The Mustangs’ ability to make free throws will give them a lot of success this year as it is an area of weakness in the AAC. The aggressive defenses in Houston, Memphis, Wichita State, and Cincinnati will allow the Mustangs to win games with free throws.

Temple basketball won its lone game this week against Tulsa, 69-64. The Owls struggled with ball movement and taking care of the ball. Temple’s 20 turnovers kept this game close as the team shot the ball well but gave Tulsa a lot of extra opportunities.

Temple will host the Shockers on Wednesday, January 19, at 6 p.m. CST.

Tulane basketball split the week with a close win over Wichita State, 68-67, and a significant loss to SMU, 75-66. After putting up a fight to come back for a win against the Shockers, the Green Wave could not fight back against the Mustangs.

Tulane came down from a 16 point deficit by turning over the Shockers and solid defense. The Green Wave created solid shots and was efficient in shooting. However, in the SMU game, Tulane did not have a good shooting day and did not take enough outside shots to compete with the Mustangs.

This week, the Tulane Green Wave travels for its lone game against the UCF Knights on Saturday, January 22, at 1 p.m. CST.

Tulsa was hoping to find a win this week but could not get it done, losing to Temple, 69-64, and Houston, 66-64. The Golden Hurricane is in a shooting slump and is struggling to overcome it as Jeriah Horne, Anthony Pritchard, Tim Dalger, and Sam Griffin all struggled to score at Temple.

Horne was able to break out of his, and Griffin did enough, and they almost took them to a win over Houston. Tulsa basketball is offensive, rebounding well and limiting turnovers. The Golden Hurricane could also have more success with more ball movement and extra passes to find a better shot.

Tulsa travels to Cincinnati on Thursday, January 20, at 8 p.m. CST.

Another team that split this week, UCF basketball, beat Memphis, 74-64, and then lost big to USF, 75-51. After playing well against Memphis, The Knights struggled to shoot the ball from the floor. They shot just 33.3% from the floor and *gasp* 10% from the three-point range. UCF got outplayed on the offensive glass and defended well, as most of the team’s turnovers came from steals. These two games could not have been more different in every aspect.

Coach Dawkins hopes to have a response in its next game. UCF Knights will travel to East Carolina to face the Pirates on Tuesday, January 18, at 6 p.m. CST.

A common theme in conference plays seems to be that teams are splitting their weeks. South Florida lost to SMU 77-65 and beat UCF 75-51. Coach Brian Gregory learned from SMU and turned it onto UCF.

After shooting the ball poorly from three-point range, the Bulls pressured UCF and knocked down 3-pointers to separate for a win. While USF turned the ball over more than it should have, the Bulls created second-chance opportunities by stealing the ball and grabbing offensive rebounds against UCF.

South Florida hopes to keep the momentum as the team travels to conference-leading Houston Cougars on Tuesday, January 18, at 7 p.m. CST.

Wichita State basketball continues its baffling slump that becomes clear the more you watch the team. The Shockers lost two heartbreakers after leading at the half against Tulane, 68-67, and Cincinnati, 61-57 at the once formidable Charles Koch Arena.

In both games, the Shockers were doing so many things right with offensive rebounds and taking care of the ball. However, Wichita State is not moving the ball and creating good looks in the second half of games. A Shocker team known for the dog fights is losing them by not being aggressive in the lane until it’s too late, not making the extra pass, and the stress placed on star players and a first-time head coach by the media the fan bases.

Coach Isaac Brown has had a demanding opening schedule, and this week, it continues as Wichita State is on the road all week. Wichita State was supposed to travel to Temple on Wednesday, January 19, at 6 p.m. CST, but the game has been postponed as the Shockers go through COVID health and safety protocols.

Some teams move up with some surprising wins and losses, and others move down.