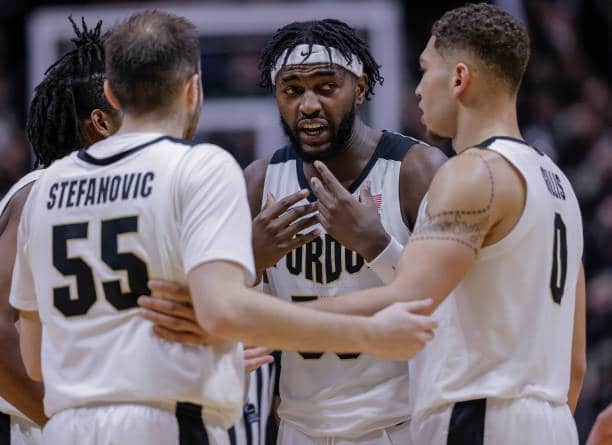 The MLK Day special between Purdue and Illinois lived up to the hype.

The game was a hard-fought match through and through. Illinois saw Andre Cuberlo’s return in which he showed out in the loss playing a key role in keeping the game as close as it was. For Purdue, Zach Edey dominated the defensive side of the ball helping to hold Kofi Cockburn to his worst game of the year with just 10 points and zero blocks, fouling out in 22 minutes played.

Stefanovic was Purdue’s lightning rod when they needed it most. Anytime Illinois had a run starting, Stefanovic was there to kill it. He went 5-of-8 from deep having one of the best nights of his year on a big stage against a ranked opponent in a matinee. Stefanovic would hit threes from nearly anywhere he shot from beyond the arc, proving that he is one of the proficient shooters in the country. His three-point display is what keeps Purdue balanced.

This was a tough game for Illini star Kofi Cockburn, as by three minutes into the second half he picked up his fourth foul. Cockburn’s backup Omar Payne wasn’t much help, gathering three fouls in seven minutes of play including a flagrant which helped turn the pace of the game in Purdue’s favor. Although it was a double-overtime game, almost every Illini that played had at least two fouls in what was definitely one of their worst defensive efforts of the year.

Purdue’s big men scored 34 points combined in the thrilling game. Zach Edey scored 20 and Trevion Williams added on 14 points. Edey played the bigger role as he dominated against Kofi Cockburn on both the offensive and defensive side of the ball holding him to 10 points throughout the game as Cockburn got into foul trouble.

Both teams can go inside, which in this year’s Big Ten conference, is a must. However, it was the Boilermakers who won that battle on Monday.