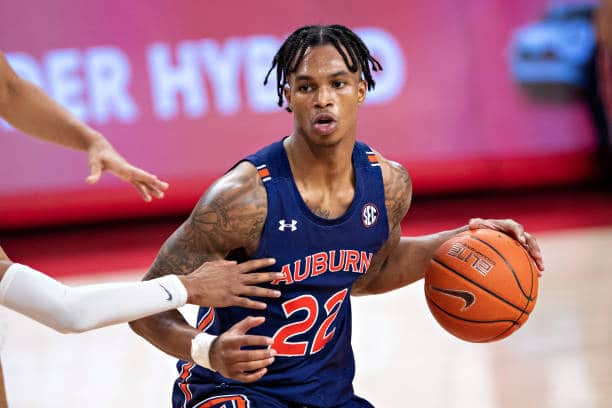 The best team in college basketball might be Auburn…right now.

Championships are not won in early January. That’s done in March (or early April). However, Auburn has as good a resume as anyone in college basketball. It only got better with an 81-77 win over its heated rival Alabama on Tuesday night.

Sure, Bruce Pearl can rely on Jabari Smith, Alan Flanagan, and Walker Kessler. But the engine that might make the Tigers run all the way to the Final Four might be Wendell Green. The Eastern Kentucky transfer scored in double figures for the eighth straight games. He had 19 points to go along with four rebounds, three assists, three steals, and zero turnovers off the bench in 32 minutes against Alabama.

Career high for the young fella!

Takeaway #2: Jabari SSSSSSmith – Enjoy him while you can

He won’t go down in Auburn lore like Charles Barkley, Bo Jackson, or Frank Thomas, unless Auburn cuts nets down in April, but Jabari Smith is a future NBA All-Star and has ascended into the discussion as the #1 pick in the NBA Draft. Smith is simply a special, superbly sized, skillful, scintillating scorer. He displayed his vast skill in a 23-point outing in a hostile environment. Dare I say he is Kevin Durant light? Not a fair comparison, but it’s not far-fetched either.

Takeaway #3: It was a rough 23 hours for Alabama sports

What Roll Tide Nation was hoping would be a pair of sweet wins in back-to-back days, turned into the exact opposite. Georgia ruined Alabama’s dream of another national championship in football Monday night, and their basketball brethren rallied from down 13 points with 10 minutes left to tie the game, only to give up the final four points in a tough loss to their arch-rival less than 24 hours later.