No. 22 Tennessee Runs Away From South Carolina: Three Takeaways 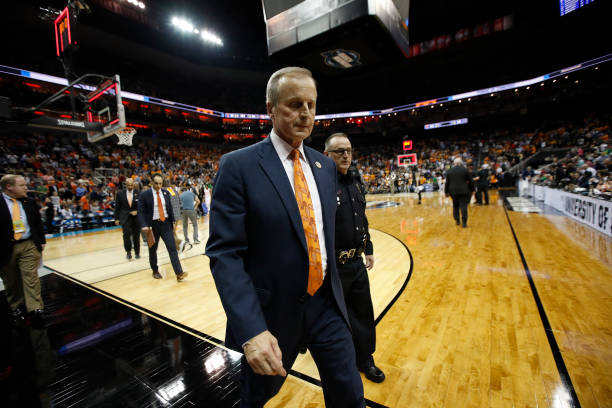 Tennessee was able to use the second half to capitalize on the Gamecocks.

Offense was hard to come by in Knoxville, Tennessee on Tuesday night, as the game stood at 14-14 with under nine minutes to play in the first half. Despite the cold start from the field, the Volunteers managed to outscore the Gamecocks by 14 in the second half in a 66-46 win. Santiago Vescovi managed 14 points for Rick Barnes’s team and freshman Zakai Ziegler added 11 points and 4 assists. James Reese was the high-scorer for Carolina, scoring 15 in the losing effort. The win moves the Volunteers to 11-4 on the year and 2-2 in the SEC. South Carolina falls to 10-5 and 1-2 in the SEC.

Tennessee completely shut down all modes of getting to the basket for South Carolina, as the Gamecocks were held to only 24 points in the first half and 22 in the second. While James Reese was able to find holes in the D and score a game-high 15 points, no other Gamecock reached double-digit scoring. The Volunteers forced 23 turnovers in addition to holding Frank Martin’s squad to 34% from the field.

South Carolina has not recently been an excellent free-throw shooting team, but Tuesday’s performance from the charity stripe was an absolutely mystifying 35% from the line. Only 6 of 17 attempts for South Carolina made their way through the net, and while the game was not particularly close, it’s hard not to point to that shortcoming as an excuse to why the game ended the way it did.

Freshman Zakai Ziegler from Manhattan pushed the Volunteers ahead early after the team started abysmally from the field. Two quick drives against a slow-paced Gamecock squad ended up in 4 quick points for a squad that was struggling to produce them, tying the game early. Ziegler looked much quicker than the sluggish Volunteer lineup at the beginning of the game, and after averaging over 8 points over his last 4 games, Ziegler will look to heat up more as SEC play continues.

Looking ahead, Tennessee will look to continue their momentum with two successive road games, playing Kentucky on Saturday and in-state rival Vanderbilt next Tuesday. South Carolina hosts Florida on Saturday and travels to Arkansas on Tuesday as they will try and avoid a poor start to conference play.