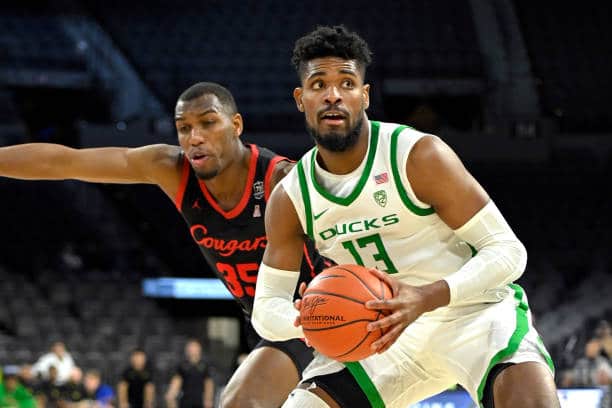 These three college basketball teams were ranked at the beginning of the season but have since fallen out. What can they do to turn their seasons around in 2022?

It’s easy to see why there were high expectations for this team. Their roster features two of the top recruits in the country in Emoni Bates and Jalen Duren and also has a ton of upperclassmen who were supposed to provide leadership on a talented college basketball team. It looked like this was the year that Memphis could put it all together and make a deep tournament, if not a run to the Final Four.

So far, it has been anything but what was expected. Memphis has not lived up to the hype, mainly because they have not played defense as they have in the past under Penny Hardaway.

Memphis ranks 42nd in Adjusted Defense Efficiency this season, giving up 92.8 points per 100 possessions. Last season, they led the nation, only giving up 86.4 points per 100 possessions. The stark difference in defense this season has led to inexcusable losses to Georgia and Tulane. In order for Memphis to turn their season around, Penny Hardaway will need to get his team back to playing defense at their highest level.

Oregon was another team that came into this season with a talented roster and high expectations. They were expected to compete for a Pac 12 championship and return to the tournament where they made a run to the Sweet 16 last season.

Oregon has had problems so far this season with scoring the basketball at a consistent level. So far, they are averaging just 71.2 points per game, good enough for 200th in the country in this area. This can be attributed to several of Oregon’s players, particularly transfers, having down years.

Quincy Guerrier is averaging just 8.1 points per game and 5.2 rebounds per game so far this season, down from his 13.7 points and 8.4 rebounds he averaged last year at Syracuse. Guerrier was projected to be an all-conference contributor for the Ducks this season, so his decline has hurt them tremendously.

Senior guard Jacob Young, who averaged 14.1 points for Rutgers last season, is averaging 10.1 points so far this season. De’Vion Harmon is averaging just 10.1 points per game this year, after putting up 12.9 last year at Oklahoma.

Oregon needs all three of these players to give them the production they expected if they want to return to the tournament and be the team everyone in college basketball expected them to.

Michigan has played one of the toughest schedules of any team in college basketball, with their opponents this season having a combined record of 93-51. Despite the quality of their schedule, Michigan has lost every big game they have played so far, without having a true quality win. A projected top-five team by everyone who rates college basketball, Michigan has been a huge letdown. This is because they have not been able to find a player they can depend on after Hunter Dickinson.

Their most disappointing player by far has been DeVante Jones, who averaged 17 points per game in his three seasons at Coastal Carolina, but is averaging just 8.2 points this season. Jones was supposed to be an elite scorer and distributor that could stretch the floor and consistently hit shots, and so far, he has not been able to adjust to the speed and strength of the Big Ten.

Even when he is able to drive and get to the line, he is only shooting 61 percent from the free-throw line, down 24 percent from his career average. He has not been the game-changer that he was expected to be. While he is leading Michigan with four assists per game, he needs to be the distributor that Michigan is lacking. The Wolverines’ schedule will not get any easier as conference play starts. If DeVante Jones does not play better, Michigan may find themselves on the outside looking in come tournament time.