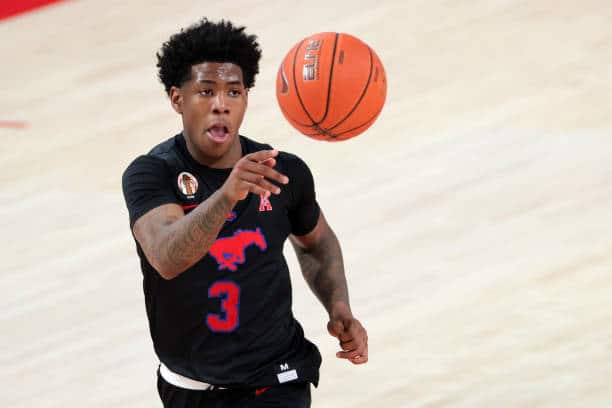 Some big surprises and a big nonconference win for the American Athletic Conference happened last week. Some surprises and the new identities of teams start to emerge—a great way to end 2021 and start 2022.

The big winners include coach Jankovich and SMU basketball, coach Hunter, and Tulane basketball. The starts these two teams are off to are incredible.

The current losers include Wichita State and head coach Isaac Brown, Cincinnati, and Wes Miller. These teams were picked to do well in the conference, and the demanding schedule and transitions seem to have some lingering team issues.

After not playing against Houston, Cincinnati Basketball fell to Tulane 68-60. Starting the year 0-1 is a tough start for the Bearcats. A poor shooting day is challenging, but Cincinnati basketball outrebounded the Green Wave. David DeJulius struggled shooting, but everyone had a poor performance beyond the arc. Cincinnati Bearcats will host SMU on Thursday, January 6 at 8 p.m. CST and travel to Memphis on Sunday, January 9 at 2:30 p.m. CST.

The Pirates missed out on their chances to play this week as they entered COVID protocols. ECU basketball will have to try and reschedule the Wichita State and USF games. This team will hope to host Tulane on Wednesday, January 5, at 6 p.m. CST.

Houston basketball will have to reschedule its first conference game against Cincinnati as it was in COVID-19 protocols. With the loss of two of the more prominent players on the offense, Coach Kelvin Sampson will have to figure out who this team is going to be and how to win games.

The Cougars pulled at a win over Temple 66-61. Houston seemed off with a poor shooting day as Temple had double-digit offensive boards and only ended up outrebounding by six. Temple caused 11 turnovers, with eight of them coming off of steals. Houston basketball had balanced scoring, but the starters held most minutes. This is something that makes me worried for this team long-term. Houston travels to USF on Wednesday, January 5, to play at 6 p.m. CST. Then will head home to host Wichita State on Saturday, January 8 at 11 a.m. CST.

Penny Hardaway’s squad had a rough start in the AAC as they played Tulane without Emoni Bates, Jalen Duren, and DeAndre Williams. The Tigers battled back to only lost to Tulane by one, 85-84. This game was a great building block as the team dominated the boards, moved the ball well, but still turned it over too much, and were aggressors that got them to the free-throw line for 25 shots.

The team was only without Bates and Alex Lomax in their next game against Wichita State. Penny went with an extensive lineup to start, and the talent won out. Memphis executed and disrupted the Shockers’ shooting. Memphis moved to 1-1 in the AAC. The Tigers will host Tulsa on Tuesday, January 4 at 8 p.m. CST and then have Cincinnati on Sunday, January 9 at 2:30 p.m. CST.

SMU basketball is hot to an excellent start in conference play moving to 2-0 with wins over Tulsa and UCF. The Mustangs used their aggressive style of play and 3-point shooting to win games. SMU has also been outrebounding its opponents and sharing the ball. These make it difficult to stop a team. It will be complicated to beat when this Mustang is playing like this. This team does go cold, and when it does, its opponent has to take the easy shots and continue to slow the game down. The Mustangs travel to Cincinnati on Thursday, January 6, to play at 8 p.m. CST.

After its game against Villanova was postponed, Temple prepared for Houston. Falling to 0-2 on the season in American Athletic Conference play, the Owls had to battle back into the game against the Cougars. Temple had excellent ball movement and made three-pointers. The team caused some issues for the Cougars but could not overtake them. The Owls will travel to UCF on Wednesday, January 5 at 6 p.m. CST and then host East Carolina on Saturday, January 8 at 1 p.m. CST.

He'll take that!@jalen3cook with the steal and the deuce!

Tulane is shocking teams after starting conference play 2-0 after its COVID break. The Green Wave took down a short-handed Memphis team and then beat Cincinnati. The intensity and shooting ability of Jalen Cook, Jaylen Forbes, and Kevin Cross will be difficult to defend. Tulane is shooting the ball well and taking care of it. The area that this team can be exploited is that the team can get into foul trouble quickly.

The Green Wave travels to ECU on Wednesday, January 5 at 6 p.m. CST and will host USF on Saturday, January 8 at 3 p.m. CST. The AAC continues to amaze as it has the chance to move and 4-0 on the year.

Tulsa basketball fell to 0-1 to SMU in its conference opener. Tulsa was just outplayed but had a very balanced attack. The Golden Hurricane had four players in double digits and did an excellent job with steals. The difference in the game came down to Tulsa not taking more threes as it shot only 13 to SMU’s 30. Tulsa goes on the road for tough matchups, first against Memphis on Tuesday, January 4 at 8 p.m. CST and then to UCF on Saturday, January 8 at 1 p.m. CST.

UCF took down its last nonconference opponent in Michigan, boosting the conference overall. The Knights won 85-71 over the Wolverines. UCF played probably its best basketball of the year, moving the ball very well and shooting lights out. The Knights were beaten on the offensive boards in this game.

Do yourself a favor and tune in to this one.

UCF was outrebounded by SMU and didn’t move the ball the same way in this game, and they weren’t the aggressors. While shooting the ball decently, the Knights couldn’t get it done, becoming 1-1 in conference play. UCF hosts Temple on Wednesday, January 5 at 6 p.m. CST and then faces off against Tulsa on Saturday, January 8 at 1 p.m. CST.

After missing its conference opener against ECU, USF will host Houston on Wednesday, January 5 at 6 p.m. CST. USF’s pace could be a massive help in this game.

After traveling to East Carolina for its conference opener, the team left without a game as ECU entered COVID protocol. Wichita State instead opened its conference play against Memphis.

The Shockers relied on talent alone to try and win this game, and it wasn’t enough. Wichita State showed some late life but fell to 0-1 in the AAC. The Shockers could win a few statistic battles in blocks, offensive rebounds, and steals. Wichita State was prosperous when driving the lane and getting to the free-throw line. The Shockers seemed to have a stagnate defense that made the team’s big man Morris Udeze just a rebounder and defender. His lack of touches was a contributing factor to this team’s loss.

Wichita State has all week to prepare for its game against Houston. The Shockers will travel to Houston on Saturday, January 8, for the 11 a.m. CST tip.

While the records may show otherwise, this is how I currently see the AAC based on records. There are some things I would move around for my rankings for the American Athletic Conference.