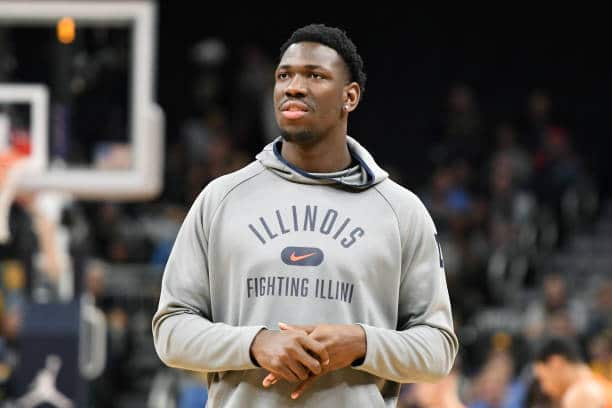 Illinois was led by a huge game from All-American Kofi Cockburn who had 29 points and 10 rebounds.

Illinois entered this game unofficially as the 26th ranked team in the country for a few weeks in a row and woke up the beast inside of them shooting 46% from the field with the majority of those coming from the paint. Illinois is now 3-0 in Big Ten play, the best ever under head coach Brad Underwood. Minnesota drops to 1-2 in the conference with the 76-53 loss.

Illinois shot a remarkable 43% from deep this game going 6-of-14 as a whole, making double the shots from downtown as Minnesota made. A huge part of their three-point success was Jacob Grandison as he made both of his threes from downtown NBA range in the game. Along with Da’Monte Williams hitting three shots from deep of his own. It wasn’t a ton of threes attempted, but the efficiency was the point.

Any game a team plays against Kofi Cockburn and Illinois they know that they have to deal with a beast in the paint, but the Illini have athletic guards and forwards who battle for boards as well. Illinois had five players who had five or more rebounds including Cockburn who had 10 in the game. Cockburn dominated the glass helping the Illini to outrebound Minnesota 52-26, including 13 offensive boards to Minnesota’s 6.

Minnesota shot just 35.5% from the field and a dismal 3-of-15 from three. A large portion of their misses wasn’t because shots weren’t falling, but because numerous shots they took were heavily contested. Illinois did a good job of forcing the Gophers into tough midrange and fadeaway jumpers instead of hitting the cutting guy or making the extra pass. This game could’ve been a lot closer had Minnesota not forced so many bad shots in their offense.