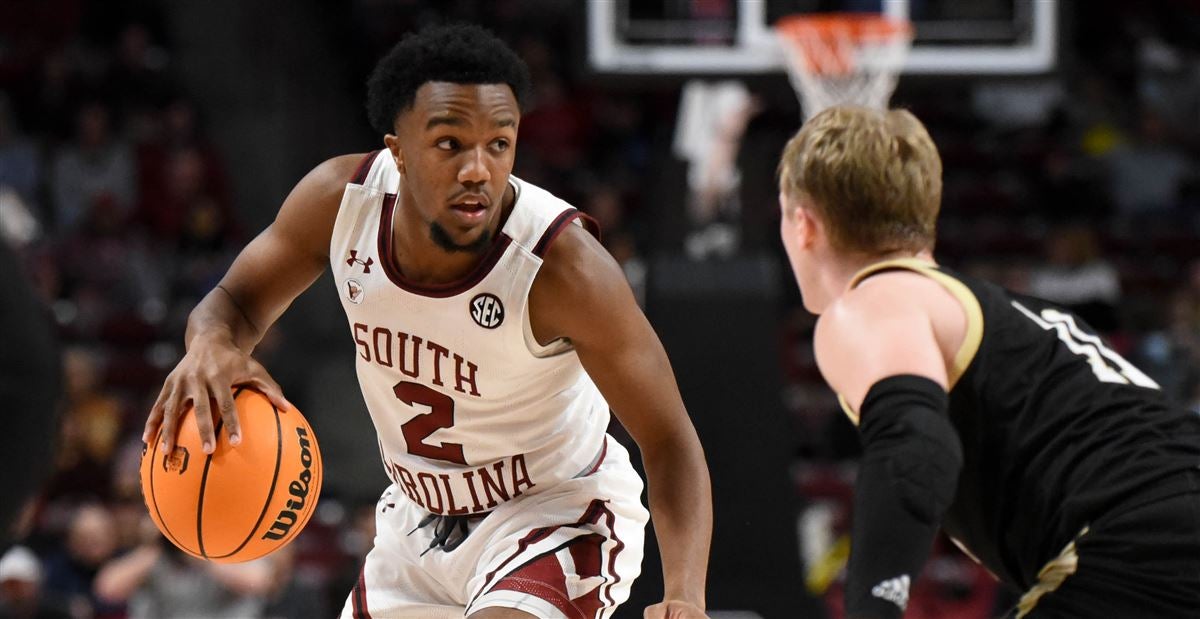 South Carolina basketball won a nailbiter against Leonard Hamilton’s Florida State squad in the inaugural “No Room for Racism Classic,” 66-65, coming back from 16 points down early in the first half to move to 7-2 on the year. The loss drops Florida State to 5-4.

Freshman Devin Carter has had his fair share of good games this season, but for this first time this season, he completely took over a game. Finishing with 16 points, the freshman guard was the leader of Frank Martin’s squad as the game came to a close. Against a strong and lengthy Seminole team, Carter muscled his way to the basket with intent, converting on a couple of crucial and-1s. Look for Carter to keep growing and maturing as non-conference play comes to a close.

For a few minutes of the first half, the Seminoles looked very good from the field. John Butler and Malik Osborne both hit threes in the first five minutes. However, the team went 4-19 from three the rest of the way, as leads of 16 and 9 points evaporated on the heels of a stagnant offense. While Leonard Hamilton’s teams have always been superior on the defensive side of the ball, the lack of offense so far this season has been concerning.

Despite a serious height disadvantage for the Gamecocks, they ended up winning the rebounding margin 41-33, with Wildens Leveque and Devin Carter both grabbing 3 offensive boards. Carter and A.J Wilson also managed 4 defensive rebounds as well. These boards helped fuel runs in the late first and second halves, as Carolina found themselves down by double digits in the first half before cutting the deficit to 3, then erasing a 6 point deficit with a 12-0 run.

Looking ahead, South Carolina has a tune-up against Division II Allen University before they take on in-state rival Clemson next Saturday. Florida State will look to improve its record in a three-game stretch that includes Lipscomb, UCF, and North Florida.