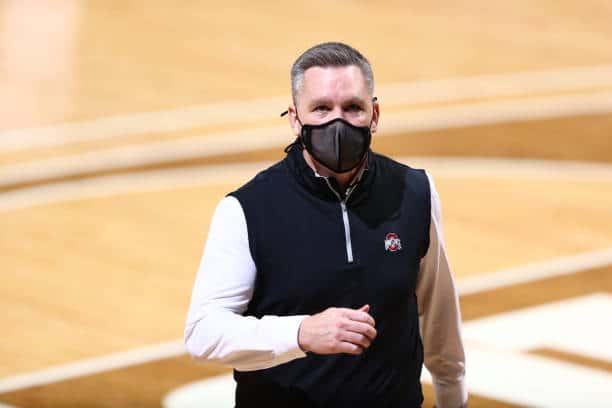 Ohio State basketball picked up its 3rd ranked win of the season.

Ohio State basketball has looked like a top-tier Big Ten team this year and the trend continued in a very dominant game for the Buckeyes. Wisconsin had a nice ten in the middle of the first half however Ohio State stormed back to take a five-point lead at halftime and didn’t look back from there. A combination of good shooting and terrific defense won the game for the Buckeyes.

Wisconsin’s star duo led the team with 24 points for Davis and 13 for Davidson on a combined 15-of-34 shooting. While it was an off night for Davidson he still produced. Seemingly this year it has only been these two producing for the Badgers as no one else has stepped up to be the third option. Chris Vogt had seven points in this game but usually, most teams want the third guy to be a starter especially when they are playing in a tough conference.

As per his usual aside from a few random threes, he threw up in the final minute’s Johnny Davis had played exceptionally well on both sides of the ball shooting 50% and adding 3 steals throughout the game.

There are always things coaches love to enforce into the mindsets of their teams with number one almost always being by outrebounding your opponent. Not only did Ohio State accomplish this but they nearly doubled Wisconsin’s total by outrebounding them 47-25. Kyle Young off the bench had 14 along with Zed Key and EJ Liddell having nine apiece. The power in the paint by Ohio State is scary good and if they continue to rebound like this with their depth they could be threatening to make a run at the title.

On 39 shots that were not three-pointers, Ohio State shot an outstanding 58.97%. They were able to do this by not taking tough mid-range shots and by driving to the rim and using their big bodies in the paint to get up and over Wisconsin. EJ Liddell shot 10-of-13 on shots inside the three-point arc. If Ohio State keeps playing smart basketball they will have no problem winning games.