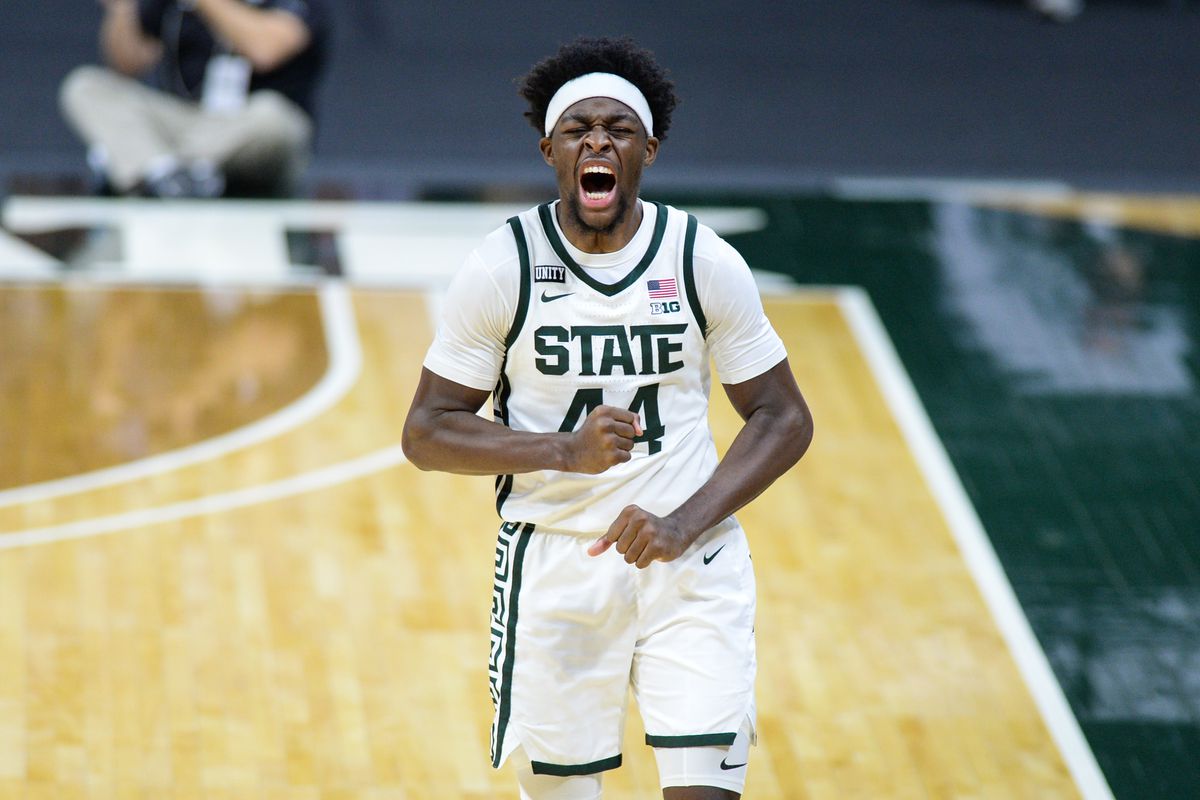 Michigan State basketball used a late run and some free throws to move to the Battle 4 Atlantis title game.

In an absolutely brilliant game, the Spartans and the Huskies put on a classic that had me choose to watch instead of football. Throughout the entire game, Michigan State basketball played overall better on the offensive side of the ball making 27% more threes than UConn. Although the Huskies did come back down 14 to take the lead they weren’t able to close out the game.

The first half of the game was played very clean by both teams with limited turnovers with just 4 total in the first half with 2 per team. The second half started both teams were much more aggressive with their drives so when they would kick the ball out they didn’t have as much control over the ball.

In the second half, UConn had six turnovers with most of them coming from either sloppy passes or stepping out of bounds. For Michigan State basketball, they had 8 more turnovers in the second half and that would be more so due to the fact that UConn played much more aggressively on the perimeter defensive side of the ball than they did in the first half.

Gabe Brown excelled at every aspect of the game He shot incredibly well at 7-of-13 from the field. Brown was dominant on the glass grabbing 10 rebounds and having to fight the likes of Tyrese Martin and Adama Sanogo for each and every single one. On the defensive side of the ball, Brown contested numerous shots forcing the Huskies to shoot off balance and miss a good chunk of them.

A key part in the comeback and keeping UConn basketball in the game was Tyrese Martin. He played how you want every single player on your team to play. Martin rebounded ferociously and set the tone for the Huskies. He plays the game with so much intensity and was the biggest positive for the Huskies.

Featured image from The Only Colors