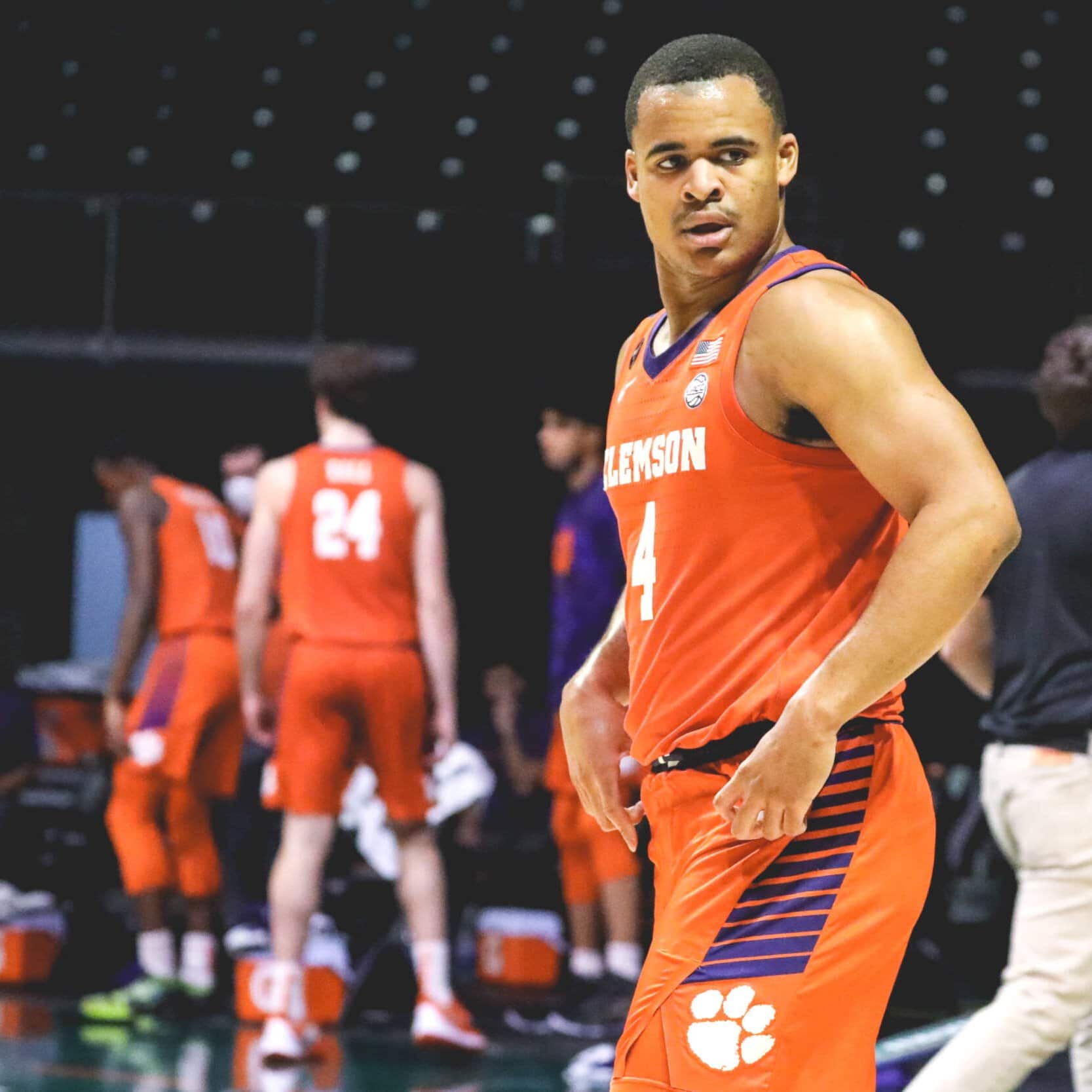 Clemson basketball glides past Temple 75-48 to advance in Charleston Classic.

Entering the Charleston Classic, the second game of the day following No. 22 St. Bonaventure took down Boise State 67-61. Clemson basketball heads to the game against the Bonnies, while Temple will battle against the Broncos.

The length of the guards for Temple kept the game close in the beginning and the shooting of Tai Strickland off the bench. Strickland went 6-for-14 from the field, 3-for-6 from three-point range, and 1-for-2 at the line for 16 points. He had some help from only one person to put up double-digit scoring from the Owls in Damian Dunn, who went 4-for-12 from the field, 1-for-3 from behind the arc, and 4-for-4 from the charity stripe for 13 points. Clemson basketball’s gameplay, ball movement, and talent ultimately let the Tigers bound away with the game.

Clemson basketball had an incredibly efficient day scoring in all aspects. The team ran a pick and pop or roll that Temple had no hope of stopping. The Tigers had a massive asset in Nick Honor, who had a day of perfection—going 7-for-7 from the field, 4-for-4 from, and 1-for-1 from the free-throw line. Honor’s 19 points led all scorers. Clemson had an incredibly efficient day that the Owls had no chance of stopping.

The biggest asset for the Temple Owls is their rebounding. This team barely outrebounded the Clemson Tigers, but the deficit lessened as Temple tried to battle back and showed fatigue. The Owls brought in ten offensive rebounds and 21 defensive boards. Damian Dunn was the leading rebounder and just all-around most significant contributor in this game. Meanwhile, Strickland and Sage Tolbert grabbed two offensive rebounds for second-chance opportunities. Unfortunately, there were not enough misses for these rebounds to matter.

The Owls have long guards that initially frustrated the Tigers, especially in rebounding, which gives them a significant advantage. The Owls struggled, but the length led to blocking shots from the guards.

The selfless basketball played by the Tigers led to an efficient and effective day. Clemson basketball shared the rock on the 30 made shots with 16 of them coming off of assists. The Tigers were 54.5% from the field, 52.4% from beyond the arc, and got to the free-throw line. They came together as a team to pick apart the defense of Temple, making extra passes, driving the ball, kicking it to open players, and running the highly successful pick and pop.

Beyond the offense, which has been hammered on at this point, this team was a unit on the defensive end. Coach Brad Brownell wanted to take away the leading scorer coming into today’s game in Khalif Battle and did so with ease. Beyond that, whenever the ball moved, the players shifted to help. Clemson basketball was satisfying in every way and clicking like a well-oiled machine. They cut off players that drove, and it was rare to find an open man for Temple.

This was a note that Temple basketball missed out on as they over helped and left players open all over the floor. They’ll need to work on some discipline and believe that Aaron McKie is grinding tape with his team to figure it out to have a better outing. Clemson basketball remains a perfect 4-0 while the Owls fall to 1-2. Both teams have a lot of growth, but the ACC better watch out for these Tigers.