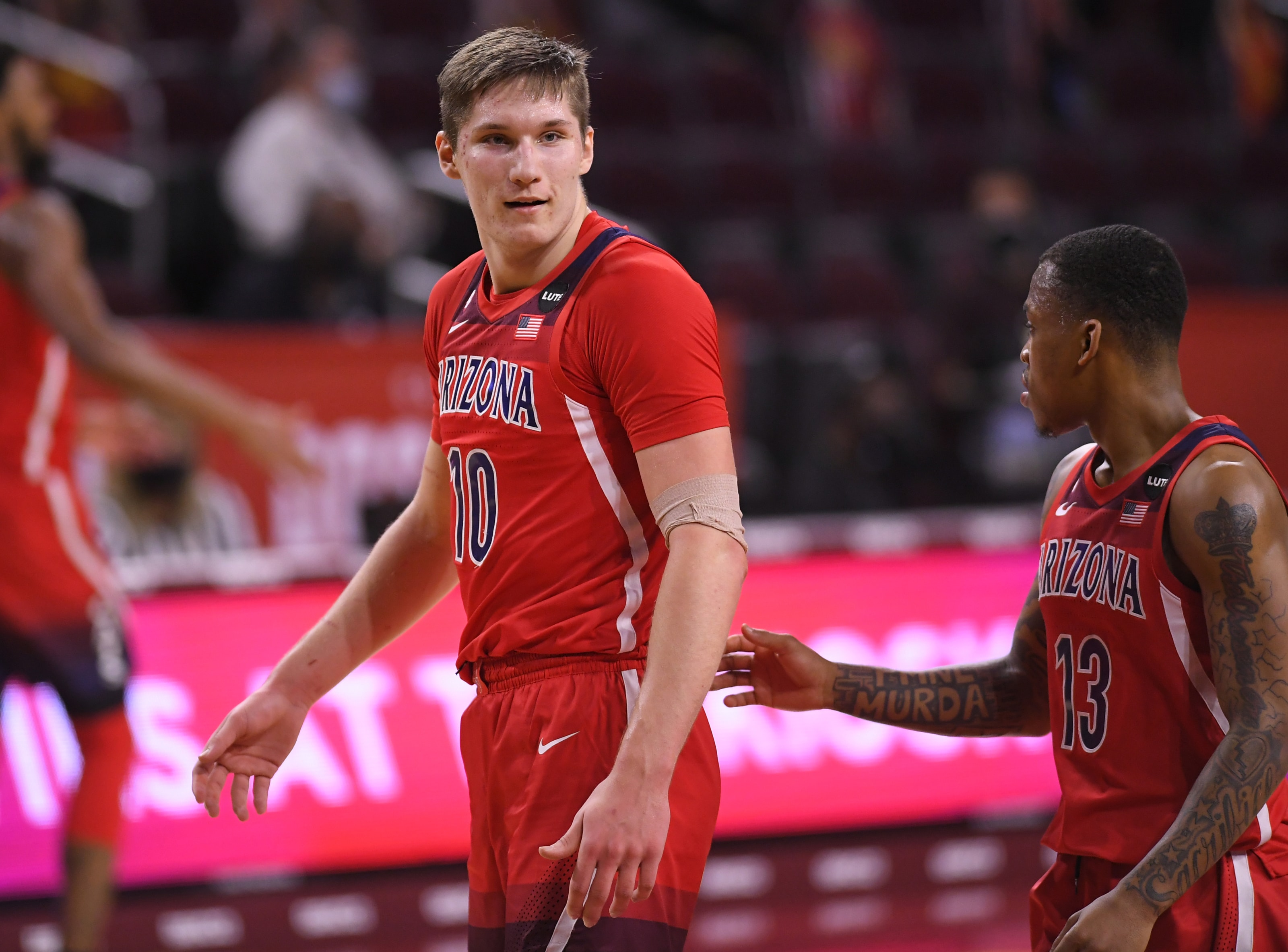 Arizona basketball improved to 4-0 on the season against the toughest opponent they have played by far. After jumping out to a 15 point lead, the Wildcats almost gave the game away, but managed to hold on. They will look to improve to 5-0 when they take on Michigan on Sunday.

Takeaway #1: Arizona’s size was too much

Arizona’s skilled big men were on full display in this game. Christian Koloko had 13 points, to go along with 11 boards and 4 blocks. Azuoles Tubelis added 16 points and 6 rebounds of his own. Koloko and Tubelis had their way inside most of the game. Arizona’s fast paced offense allowed for their front court to get into position to score. The Wildcats bigs overwhelmed the shockers early and forced them away from the basket for low percentage shots.

Arizona basketball had several ally oops and put back dunks, while also winning the defensive rebounding battle 26-13. They also blocked 10 shots over the course of the game. They held the shockers big men to a combined 8 points, making them a non-factor. Their big men dominated on both ends of the court while also staying out of foul trouble.

The Wildcats are continuing to develop and feel more comfortable in Tommy Lloyd’s system. Ben Mathurin, who had a few underwhelming games to start the season, came out with authority in this one, putting up 15 points in the first half alone and finishing with 25 points and 10 rebounds while shooting over 50 percent from the field. Kerr Kriisa added 12 points and 6 assists and is turning into the great passer we all expected to see.

Arizona’s wide open offense spaced the floor all night and did not allow the Shockers to get set on defense. Arizona imposed their will for much of the game. Unfortunately, turnovers were an issue and will continue to be a problem for an offense that always wants to go fast and push the tempo. Arizona’s 22 turnovers were a major factor in allowing Wichita State to get back in the game. The wildcats need to figure out how to run the offense while also being smart with the basketball if they want to have a chance against Michigan.

The Shockers were without their best player for two games because of illness, and the tea looked completely different with him on the floor. He filled up the stat sheet with 27 points and 5 rebounds while hitting 5 three pointers, the last of which sent the game to overtime.

When Wichita State was down by 15, it was Etienne who took the ball and got them back in the game. He was able to find the holes in the Arizona basketball defense and exploit their weakness. Etienne is the kind of player who will carry the Shockers come tournament time. Wichita State showed tenacity with their come back performance but fell just short to a team who had a huge size advantage.