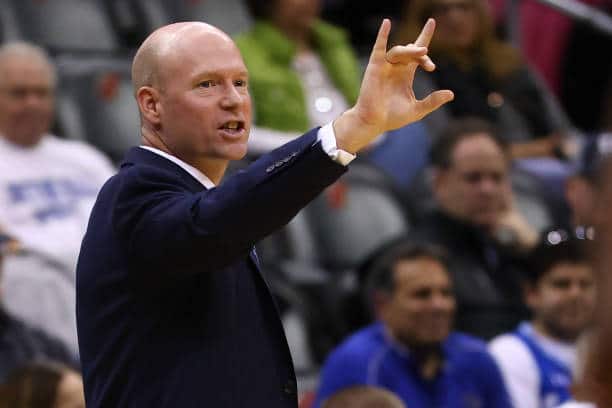 Seton Hall basketball took some revenge back on the Michigan program that took down the Pirates in the 1989 NCAA National Title. This time, it was the Pirates winning in an absolute thriller, knocking off the number four ranked team in the nation.

Hunter Dickinson led all scorers with 18 points and Eli Brooks added 17 but that wouldn’t be enough for a balanced Seton Hall offense of Jared Rhoden (16 points), Bryce Aiken (13 points) and Tray Jackson (13 points). It was the defensive end of the ball where the Pirates were able to take control and complete the upset. Seton Hall held Michigan to 10 points and three made field goals just in the final 8:49.

Kevin Willard has coached some pretty good defenders, but this team might be the best from top to bottom. Ike Obiagu creates havoc down low and showed that against one of the best centers in the country in Hunter Dickinson. Dickinson struggled to get his footing down low against the 7-foot-2, 265 pound monster in Obiagu. The Nigerian native finished the game with four blocks.

The box score isn’t the place to look to see how this Seton Hall basketball team did it on defense. It was more so the quickness of guards to fight around screens, elusive big men in Tyrese Samuel and Tray Jackson that can battle down low but also hustle to open spots on the floor, and the guard/wing play of Jared Rhoden and Kadary Richmond to deflect passes and make Michigan’s life a challenge on offense.

Hunter Dickinson and Eli Brooks are going to be two very consistent scorers for this Michigan basketball team. Dickinson’s ability to gain position on offense, find cutters, and finish down low are second to none in the Big Ten. Brooks has seen just about everything one could in college basketball and isn’t going to have many rough nights from the field.

However, a Michigan bench that only put up nine points, Caleb Houstan’s 1-of-9 shooting, and DeVante’ Jones’ 11 points will not carry this Wolverines team to its dream of a Final Four. Jones will probably be the guy going forward, but from an early-season standpoint, this Michigan team certainly isn’t offensively skilled as in past years. It won’t threaten Juwan Howard’s team of a tournament berth and they’ll still be a second-weekend team, but the offense needs more consistency from secondary options.

Takeaway #3 – Pirates are as deep as it gets

Wow TEAM of THE NIGHT has to be @BIGEASTMBB @SetonHallMBB (my Alma Mater) with 67-65 road W over @umichbball. I admit I was nodding on & off after a day of CHEMOTHERAPY that left me a fatigued .I was watching bits & pieces btw taking naps .Relax UM fans u will have a big yr.

Up and down the board, Seton Hall basketball has zero gaps to fill. At point guard, Bryce Aiken and Kadary Richmond are two solid options that differ quite a lot from each other. Aiken was the guy down the stretch tonight but Richmond’s defense prowess and ability to back down smaller guards will be key in other games.

Jamir Harris can also handle the ball but gives Seton Hall some wing presence to compliment the preseason Big East first-teamer in Jared Rhoden. Harris and Rhoden bring toughness and the three-ball. Of course, Rhoden is an all-around talent. Super-senior Myles Cale ties the entire unit together and set the tone for the Pirates from the beginning.

Tray Jackson can also fit into that wing role on the offensive end. The Missouri transfer who didn’t see a whole lot of time last season had another big game, going for 13 points, 6 rebounds, and 0 turnovers. He connected on all three of his three-point attempts.

Down low, Jackson can body power forwards on defense, but that’ll more be up to Tyrese Samuel (who can also stretch on offense), Alexis Yetna (who can as well), and the big aforementioned Obiagu.

Together, that’s a nine-man roster that’s still without its top-recruit in four-star Brandon Weston. Foul trouble shouldn’t impact the Pirates in a major way this season. Seton Hall basketball will need that to compete highly in the Big East. This was a resume win.