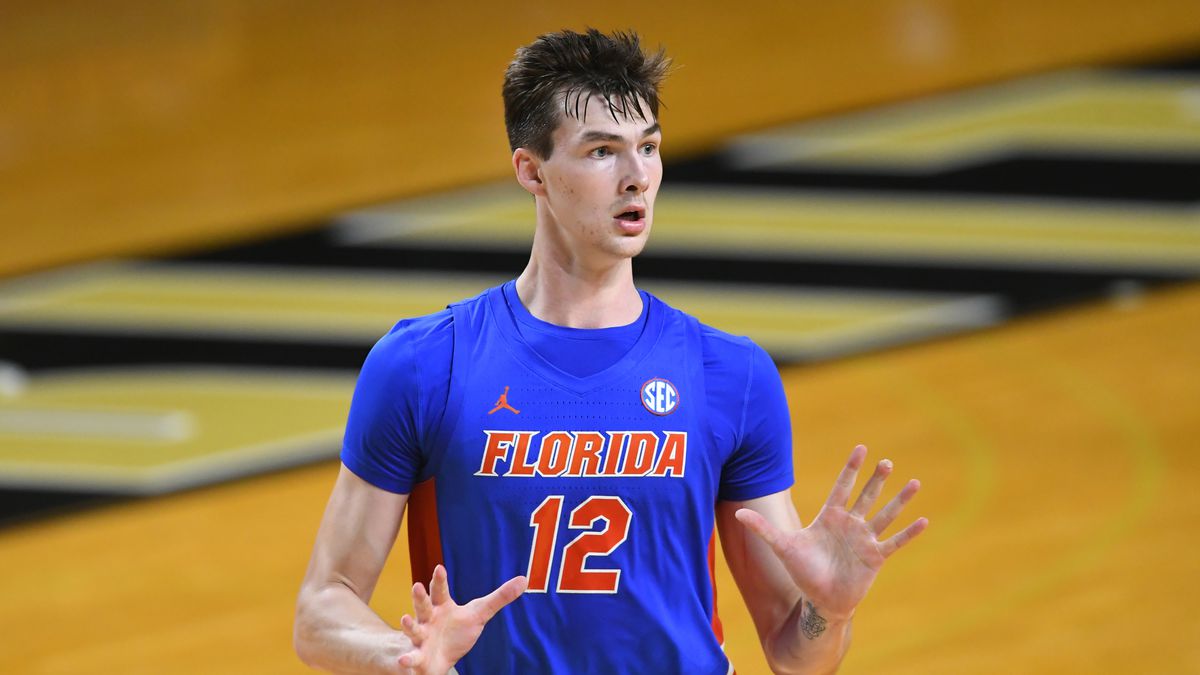 The Florida basketball team took their in-state rivalry game with Florida State to heart. Literally! It was in this game last season that star player Keyontae Johnson collapsed on the court. He has yet to return to play, deciding on whether to pursue a pro career or cash in an insurance policy worth $5 million. The Gators used a strong second half to pull away for a 71-55 win.

🎥: Highlights from the 71-55 statement win over Florida State 🐊 pic.twitter.com/EyNF1mAS6G

Florida head coach Mike White’s team starts five players who did not begin their career in a Gator uniform. You wouldn’t know it by how they played in the second half. With five transfers hearing their name called to start the game, three who were part of the program last year but did not play, and two from the transfer portal after last season, White’s squad exploded for 43 second-half points to erase a one-point halftime deficit.

One of the holdovers, Collin Castleton, led the way and used his 6-11 frame to score 10 of his game-high 16 points, and grabbed eight of his 15 rebounds, in a key run to break open a close game midway through the second half.

You need a Program to follow the Florida Gators Basketball team in 2021-22. Florida Gators Coach Mike White in my opinion a really good defensive Coach, plus Coach White worked the transfer portal really hard during the off season! Early Reward for the Coach – Florida 71 FSU 55.

One might think that with five transfer starters, it would be the defense that would be the last to come around. Think again. Florida held the Seminoles to only nine second-half field goals, forced 11 turnovers, and won the rebounding battle (24-13). When you combine those stats with the fact that they held Houston’s Caleb Mills to two points shows the makeup and potential of this team defensively. If White can get his team to dig in on that end of the floor like that each night, they will be in the mix to be a top-tier SEC team once conference play starts.

Takeaway #3 – Florida basketball gets an important rivalry and quality win

Florida basketball has a strong basketball tradition. They don’t suffer losing streaks very often. They had lost seven straight to the Seminoles. Playing for Keontae Johnson, the Gators took this game personally, which shows you the leadership by head coach Mike White, who made sure his team, albeit one with a lot of newcomers, knew the importance of the game. His players then made sure the streak stopped at seven. If they play all year with this effort, there shouldn’t be too many losing streaks this season.

One thought on “Florida Basketball Takes Down Rival No. 20 Florida State: Three Takeaways”