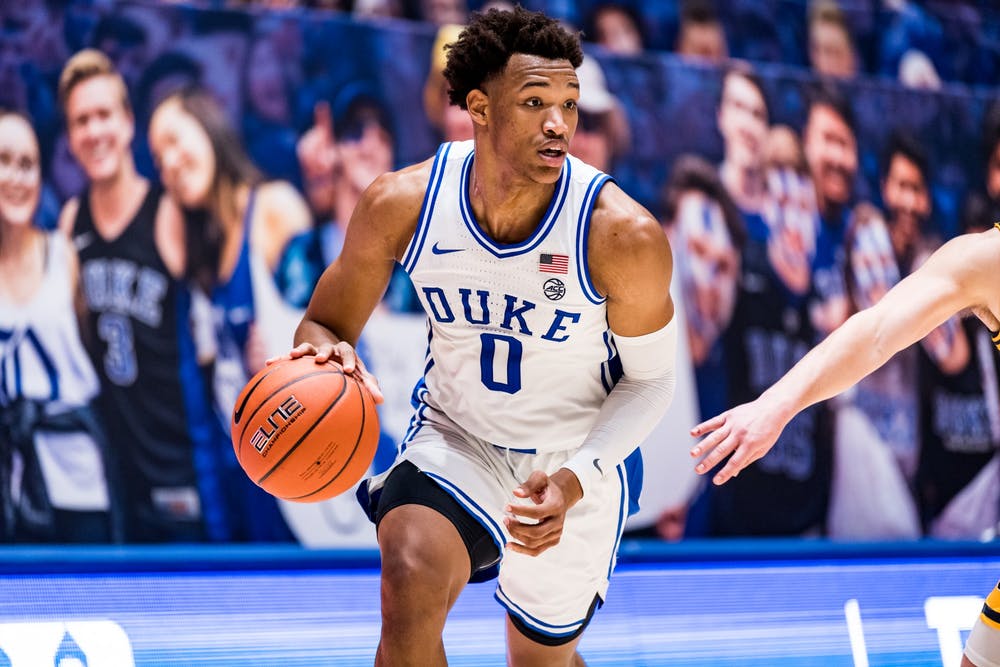 In Coach Mike Krzyzewski’s last, first home game, the Blue Devils had to show out and make sure the Cameron Crazies knew what they were in for this season.

That’s exactly what they did, beating Army 82-56 behind a triple-double from Wendell Moore Jr. and a stellar shooting performance from Paolo Banchero.

Takeaway #1 – Duke is a three-headed monster.

Duke basketball has a three-headed monster for the first time since 2015 when they won the National Championship… Upperclassmen leaders, a true big, freshmen that can score.

In 2015, the Blue Devils were led by Quinn Cook and Amile Jefferson, along with the dominant Jahlil Okafor and freshmen Justice Winslow and Tyus Jones who could score at will.

This year, Duke has Wendell Moore Jr. and Joey Baker leading the team, with Mark Williams becoming comfortable protecting the rim and freshmen Paolo Banchero and Trevor Keels lighting up the scoresheet.

It’s safe to say that this lineup can get Coach K’s team far in his final season, and we should all keep an eye out to see if they make noise heading into March.

Takeaway #2 – Wendell Moore Jr. is one of the best well-rounded players in the country.

Wendell Moore Jr. came back for his Junior year and has had an underrated impact on Duke basketball.

After Trevor Keels and Paolo Banchero had the spotlight against Kentucky, Moore posted a triple-double against Army with 19 points, 10 assists and 10 rebounds. He also had two steals and shot 54% from the field.

It is clear he has improved from last season, and through the first two games of the season, he looks confident to carry the team when he has to.

Army only had two players in double figures, but it was a rough shooting night – just 39% from the field and 23% from downtown.

Games against South Carolina in late December and hosting Colgate at home before the Conference tournament could help Army create a resume that may help them earn a bid into the tournament come March.

Don’t turn your back on the Black Knights quite yet, with an open Patriot League that may have a new Conference Champion this year after Colgate or Bucknell claiming it the past 8 years.