College Basketball: 5 Upsets To Look For In Week One 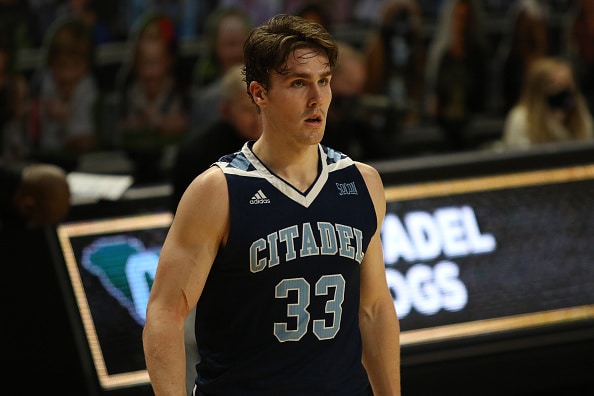 These college basketball teams are already on upset alert.

The beginning of the college basketball season always brings some unpredictability. Teams can float in and out of the AP Top 25 at a moment’s notice. College basketball upsets help make the game enjoyable. In the first week alone last year, we had San Francisco top Virginia, San Diego State beat UCLA, and Georgia State take down Georgia Tech.

Here are five power conference teams that should be wary of their mid-major opponents during the first week of play.

This might be the biggest stretch of the games that will be mentioned. However, this will be a great measuring stick for Buffalo right out of the gate. The Bulls are a popular pick to give teams fits in March, assuming they make it out of the MAC. Jeenathan Williams and Josh Mballa are a big reason why.

Buffalo was one of the best rebounding teams in the country last season, and Mballa had a lot to do with that. That might not matter with Michigan’s formidable duo down low in Hunter Dickinson and Moussa Diabate. However, the Bulls look to get high-quality shots on each possession. Buffalo should keep this closer than many might expect.

Alabama’s coach knows a thing or two about being on the other end of preparing to try and pull an upset. Nate Oats had a few of his own while at Buffalo. So, he will certainly make sure his group doesn’t take Louisiana Tech lightly. The Crimson Tide will have to figure out how to stop Kenneth Lofton. He put up big numbers against fellow SEC foes Ole Miss and Mississippi State in last year’s NIT.

The match-ups between Lofton and Alabama’s Charles Bediako and Noah Gurley should be fun to watch. However, it may come down to whether the Bulldogs can stop Jaden Shackelford. If the talented guard has his way leading the Crimson Tide, it’ll be a tough ask for the squad from Ruston. Still, Louisiana Tech has enough to cause a scare on opening night.

Maryland is an interesting team to try and figure out heading into the off-season. The losses of Darryl Morsell and Aaron Wiggins loom large. However, Mark Turgeon brought in Fatts Russell and Qudus Wahab, which brought buzz right back to the Terps. The consensus nationally is that there is no consensus on where Maryland ends up this season.

Cue the Vermont Catamounts. In a rarity, they did not represent the America East in the NCAA Tournament last season. However, they are locked and loaded to be competitive once more. Ryan Davis is a hidden gem and force down low. Meanwhile, you better believe that Ben Shungu will be tasked with shutting down Russell. Vermont is well-coached, and Maryland has a history of playing mid-majors much too close early in the season. This feels like one of those college basketball upsets that the Catamounts could steal.

It’s been a tough week for the Pitt Panthers. First, Nike Sibande went down with a season-ending ACL injury in practice. Then, news came out that Ithiel Horton is facing charges after allegedly punching a police officer. Depending on Horton’s status, the Panthers could be without their top five scorers from last season on opening night. That means Jeff Capel will have his work cut out for him.

Meanwhile, The Citadel had their first winning season in 12 years, finishing at 13-12 in 2020-21. A large part of that improvement came from the Southern Conference’s Preseason Player of the Year in Hayden Brown. Brown averaged an insane double-double of 18.8 points and 10.5 rebounds per game last season. The Bulldogs also like to play fast, and they’ll shoot their fair share of deep balls. This feels like a game where The Citadel could pull the rug out from under the Panthers.

It’s a new season and one in which Louisville is hoping not to be left squarely on the cut line for March Madness. The Cardinals are hoping that an influx of talented transfers can combine with leading returners Jae’Lyn Withers and Samuell Williamson to stay in the mix. However, figuring out lineups early on are a recipe for ending up as one of those college basketball upsets.

Furman is exactly the kind of talented, veteran group that won’t be intimidated by the big stage. Mike Bothwell and Alex Hunter have seen just about everything, while Jalen Slawson is a solid defender at the forward slot. There’s also a belief that Garrett Hien will take his game to the next level, spurring the Paladins to a potential SoCon title. For now, that’s enough to slip into Louisville and take down the Cardinals.

One thought on “College Basketball: 5 Upsets To Look For In Week One”