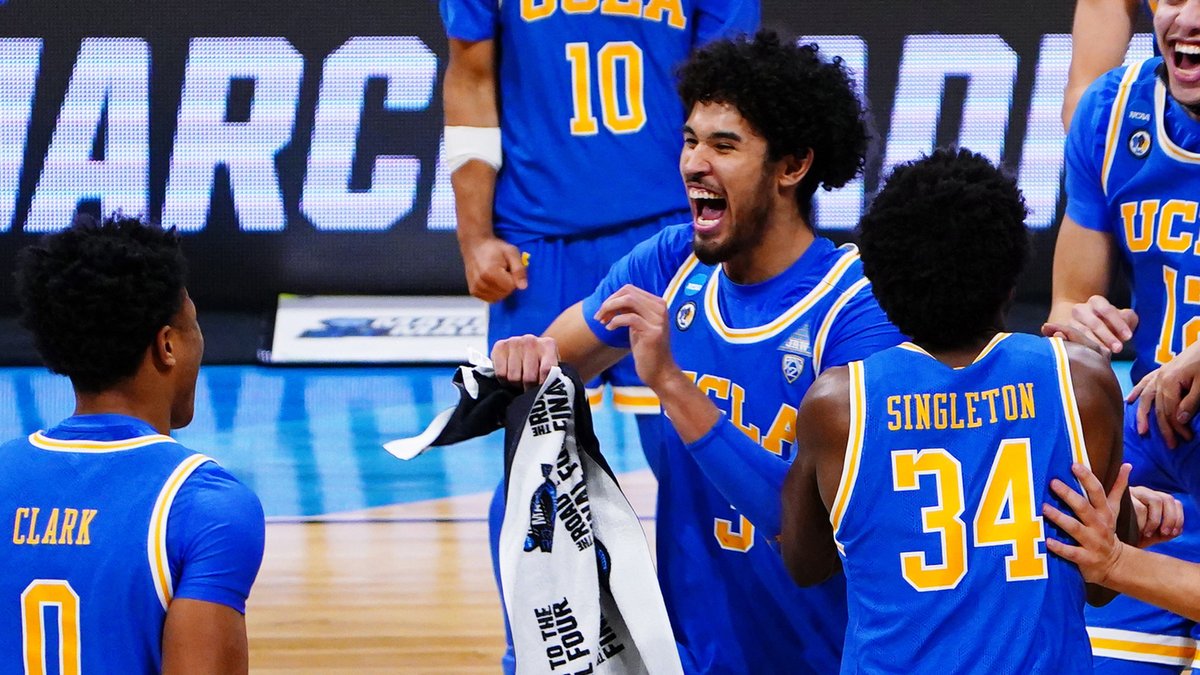 Can UCLA basketball pick up where they left off after magical March run last year?

Other than national-champion Baylor, no one had a better March last year than Mick Cronin and his UCLA Bruins. The month didn’t start out great as UCLA struggled to close the regular season. Riding a four-game losing streak, including a first-round Pac-12 Tournament setback to Oregon State, UCLA was fortunate to hear their name called on Selection Sunday.

The Bruins took advantage of their second life, navigating an overtime win over Michigan State in the First Four, all the way to almost playing for the national title. Jalen Suggs ended UCLA’s improbable run with a half-court shot in the national semifinals but not before Johnny Juzang became a household name with college basketball aficionados. Cronin returns all five starters and added a key transfer and five-star recruit to a roster poised for a big season.

You might expect to see Juzang here and that would be a valid selection. However, there isn’t much depth behind Campbell. The three-year starter will be counted on to log a lot of minutes. The three-year starter helped lead UCLA by averaging 5.2 assists last year, placing him 32nd nationally. Campbell directed an offense that was the 11th most efficient in 2021-22 and certainly hit its stride at the right time. He averaged 10.2 points per game last year, but shot only 25% from three-point range.

With Juzang and Jaquez as well as transfer Myles Johnson all serving as scoring threats, expect those numbers to increase this season. Campbell will have the ball in his hands a lot, therefore, he must be effective for UCLA to reach the heights they want to achieve.

UCLA has a pretty strong basketball tradition. Juzang almost put himself atop the Bruins leading scorer in NCAA Tournament play record books with his 137 points (22.8 average) in UCLA’s six-game run last March. Gail Goodrich holds the record with 140 points. Can he replicate that strong play all season? UCLA and Cronin hope so.

Let’s give Juzang credit. The Kentucky transfer could have easily rode his stellar play, including a 29-point performance against Gonzaga, and jumped to the NBA. But he chose to return to Westwood for another run at a national title. He will get plenty of chances to showcase himself as UCLA’s go-to guy in 2021-2022.

Everyone knows what to expect from UCLA’s starters as they have all five back from last year’s successful team. The bench may determine UCLA’s fate this season. The reserves are not Kentucky-deep, but Cronin has options sitting next to him when the game starts.

Myles Johnson brings his 63% field-goal shooting with him from Rutgers where he averaged 8.0 points and 8.5 rebounds. When you add five-star recruit Peyton Watson along with returnees – David Singleton, Jake Kyman, Mac Etienne, and Jaylen Clark (all who averaged nine minutes per game last season) – there is plenty of talent in Westwood.

The Bruins will bring experience off the bench as everyone other than Watson has valuable college experience. Ironically, Watson is likely the best of the bench bunch and will be counted on for an immediate boost from the pine.

Everyone is talking about the Bruins from an offensive standpoint and rightfully so. But, if UCLA can come close to finishing fourth in the country again in preventing second-chance scoring opportunities like they did on the defensive side of the floor in 2020-2021 then the Bruins will live up to their pre-season hype.

Last year’s UCLA squad set the bar high for a repeat performance. However, experience won’t be a concern with five starters back. Cronin has depth to rely on and a bad taste in their mouth after a stunning exit on a half-court shot will serve as the only motivation the Bruins need. Cronin scheduled like he knew he had a good team returning.

UCLA hosts Villanova early in the year and will play North Carolina before a rematch with Gonzaga before conference play starts. UCLA has all the parts to have a repeat March Madness showing and add to the Bruins rich tradition with the program’s 12th national title and first since 1985.