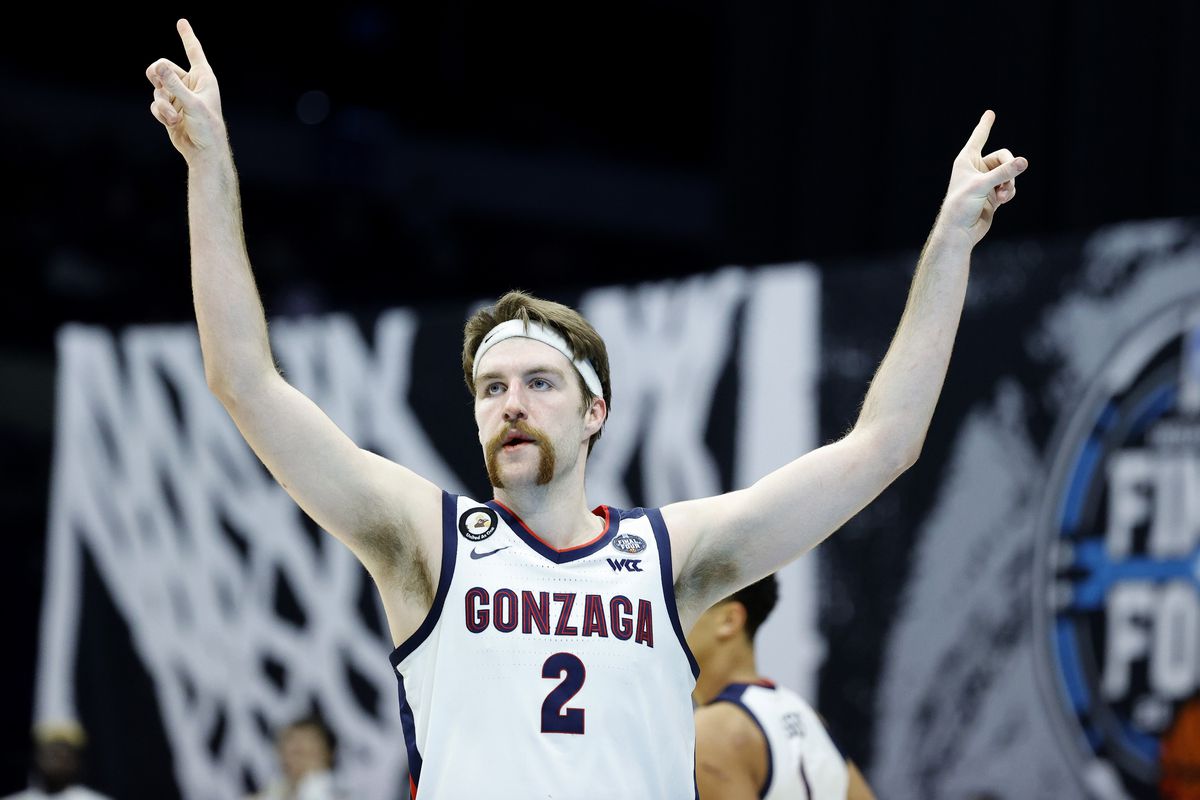 Despite losing key pieces from last year including Jalen Suggs, Corey Kispert, and Joel Ayayi, Gonzaga basketball has reloaded through superior recruiting and finding talent from the transfer portal.

With the nation’s number one recruit, Chet Holmgren, the Zags will have the best frontcourt in the entire country pairing Holmgren alongside Drew Timme. That duo will be a nightmare for opposing teams. Include transfer guard Rasir Bolton, who averaged 15.5 ppg for Iowa State last year, and top 25 recruit Hunter Sallis, Gonzaga will put a team on the court this season that will be fun to watch and that should be in the top 4 for most of the season.

Timme is a star in every sense of the word. He could have gone to the NBA this past season and been a top 15 pick, but he decided to come back to Gonzaga to try for a national championship. He was a first-team All-American last season and will be in the running for player of the year in college basketball. He is the best post player in the country with the best footwork by far in the low post.

Despite only ranking 52nd in points per game last season, he ranked in the top 10 in field goal percentage. Timme was playing next to Killian Tillie last season, who was a ball-dominant player. With a freshman playing next to him, expect Timme to dominate the ball in the low post and for his numbers to greatly improve.

Rasir Bolton transferring from Iowa State is a huge get for Mark Few and Gonzaga basketball. He needed someone to replace Jalen Suggs and his 14.4 points, 5.3 rebounds, and 4.5 assists stat line from last year. Bolton can score from anywhere on the floor and create space with his ball handling. He will be the one who is called upon to take the game-winning shot from deep and in situations when Timme is double-teamed.

Bolton scored in double figures 12 times last season with the cyclones and is a threat to score every time down the floor. If Bolton plays at the same level that he did at Iowa State, he will fit seamlessly into Gonzaga’s offense and play the same role that Jalen Suggs played last season.

Gonzaga’s bench is young and versatile. They have highly rated recruits in Nolan Hickman and Kaden Perry, but also two important role players that will see a lot of time in their rotation. Anton Watson is a junior who average just over 7 points per game last season. He will need to play well in order for Timme and Holmgren to get rest and also to be a player off the bench that can provide rebounding. Julian Strawther is a 6-foot-7 wing who will also be key to the Gonzaga basketball bench. Look for him to be an important player for the Zags this season.

Nolan Hickman is a 5-star recruit who will most likely lead Gonzaga’s bench in scoring. He was originally committed to Kentucky but reopened his recruitment back in April. He has 6th man potential, and would most likely be starting if Gonzaga did not have two senior guards in Andrew Nembhard and Rasir Bolton. He will be called upon to add bench scoring and guard depth.

Gonzaga’s bench would be ranked higher if not for their lack of depth at forward and center. They only have one player on their bench that is taller than 6-foot-8. The Zags will be forced to use small lineups at times when their big men need breaks. This should not matter too much as they have so much talent. Kaden Perry is a 6-foot-8 bruiser who has an incredible inside game and plays above his height. The top 60 recruit will be used frequently off the bench.

Anyone who follows college basketball knows that Gonzaga has, by far, the best offense in college basketball and it is not even close. Gonzaga scores 120 points per 100 possessions, which is 6 points higher than the 2nd place team in this area. What is so impressive about Gonzaga is that they also rank 7th in defensive efficiency. Gonzaga only allows opponents to score 88.6 points per 100 possessions. The combination of incredible offense and great defense makes Gonzaga an unstoppable force for most opponents.

Gonzaga is riddled with talent on their roster from top to bottom. They have 3 5 star recruits and return one of the best players in the country. Anything short of a national championship this season should be considered a disappointment. Look for Gonzaga to have an undefeated regular season and be the top overall seed in the tournament.