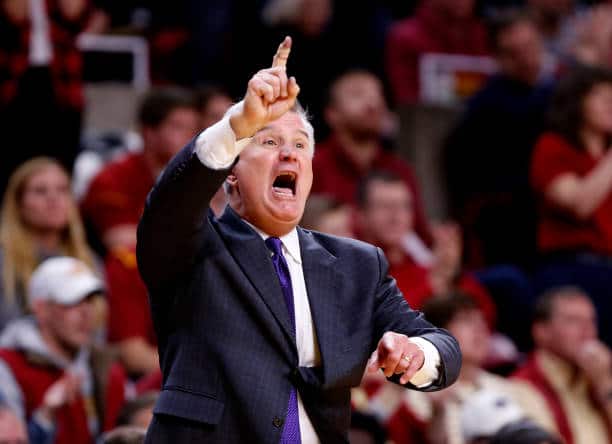 It’s win or go home for these five college basketball coaches in 2021-22.

These college basketball coaches have all made their mark on the game at one time or another. Unfortunately, it’s a business and not every coach is going to have it easy. These five are going into the 2021-22 college hoops season knowing that they must see massive improvements within their programs.

This one might be a long shot since Brey signed an extension in 2018 that runs through the 2024-2025 season, but Notre Dame basketball has seen a steep drop off in consistency and could be ready for a new voice after Brey’s 21 years as the helm. Teams in the ACC are constantly recruiting top-flight talent and Brey has not kept up on that front consistently enough. If the Fighting Irish misses the tournament this year, don’t be surprised to see Brey and Notre Dame part ways in some form.

Arizona State has reached the tournament just twice in Hurley’s six-year tenure at the school. The furthest the Sun Devils have gone in the big dance is the round of 32. ASU has had more exposure and hype over the past five years, but the results have not lived up to those expectations.

Hurley has been a great recruiter, bringing in big-time recruits like Josh Cristopher and Marcus Bagley to Tempe. But Remy Martin, ASU’s leading scorer last season, transferred to Kansas, which is a huge blow for Hurley this season. The Sun Devils may improve from their 11-14 record last season, but it may not be enough to save Hurley’s job without a deep tournament run.

Tom Crean was hired to raise Georgia basketball to new heights and build a winning program. So far he has done neither. Crean is 41-49 in his three years in Athens and has seen a number of players transfer from the program during his time there.

The SEC is a much better conference than it was four years ago when Crean took over, with programs like Alabama, Arkansas and Auburn becoming consistently great programs. Georgia has not seen the same renaissance and does not have any program-changing recruits coming in. Unless the Bulldogs can get some impressive conference wins and show significant improvement, Crean could be shown the door even with a huge buyout looming.

Rumors have been swirling about Jankovich’s job status for a few years now. It was five seasons ago that SMU won 30 games and earned a berth in the tournament. That impressive season now seems like a fluke.

SMU has failed to make the tournament the past 4 seasons and has not reached 20 wins in any of those seasons. Also, the program has been under NCAA investigation during his tenure, which SMU does not want considering the school’s previous history with NCAA sanctions.

What really puts Jankovic on the hot seat is that his contract is up at the end of this season. If the Mustangs miss the tournament again this season, Jankovich is out.

Bruce Weber has had a great tenure in Manhattan, reaching the NCAA tournament five times in his nine seasons to this date, including an Elite 8 run in 2018. The problem is, despite his 170-130 record at Kansas State, he is 20-41 in his last two seasons, winning just nine total games last year.

That time has been marred by very poor recruiting and sloppy play. Some might say that Weber’s track record should give him a pass, but there are too many good teams in the Big 12 and the Wildcats are becoming a doormat. Another losing season for Weber would be enough for the school to move on and buy out the final year of his contract.