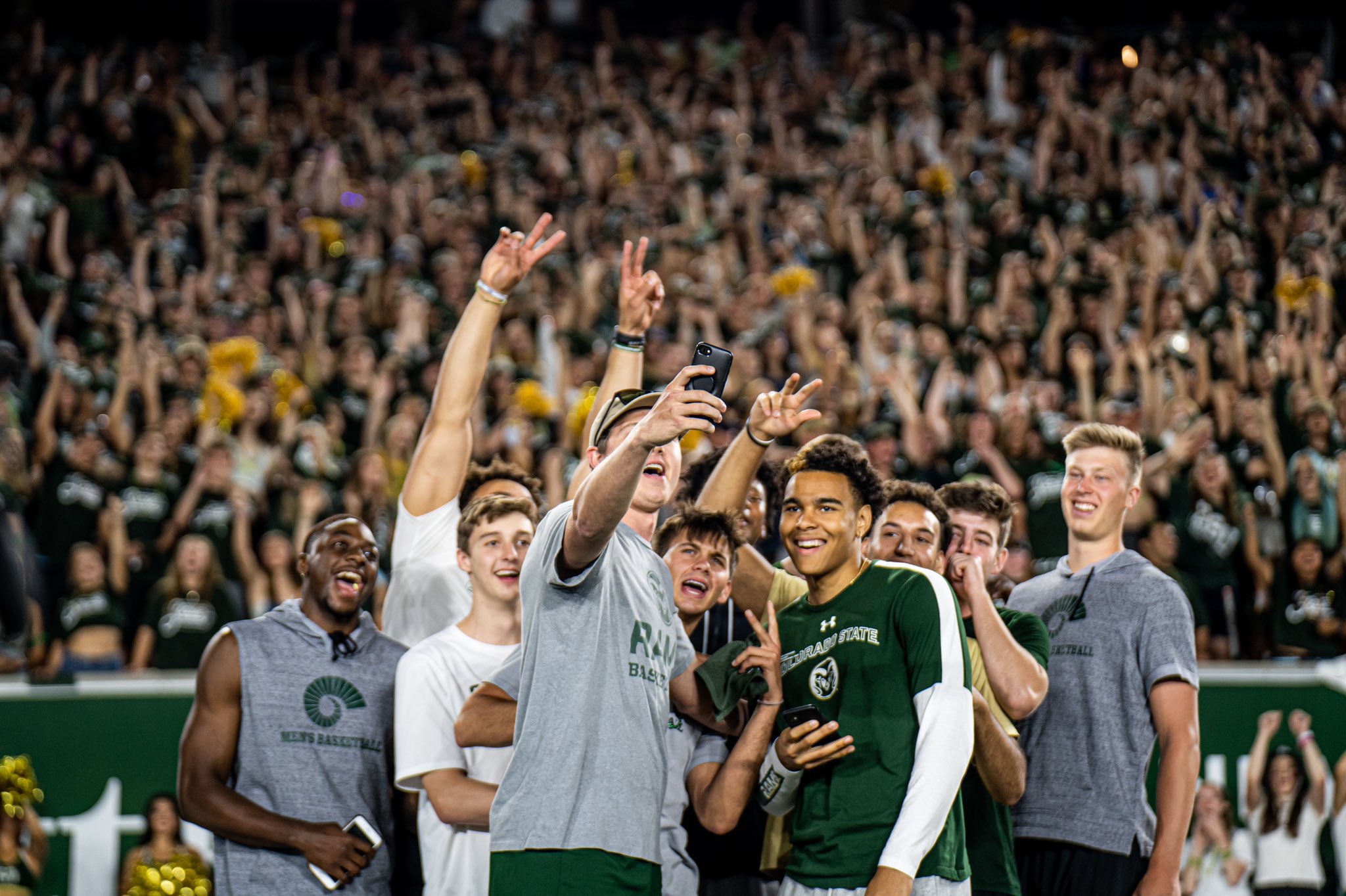 Colorado State basketball returns their top seven players as they attempt to win the Mountain West Conference and earn a spot in the NCAA Tournament.

Last season, despite a 20-8 overall record and a 14-4 record in a difficult Mountain West conference, the Rams were unable to secure a spot in the NCAA Tournament. They responded by making it all the way to the NIT Semifinals, proving they had what it took to compete on a big stage. This year, they return their top 7 players and scorers, and with another year of experience behind them, this could be a dangerous mid-major team.

Congratulations to @droddy22, @IsaiahStevens7 and @a_this31 for being named to the @MW_MBB coaches all-conference squads!

David Roddy took home First Team All-Conference honors last season and should be in the conversation for Mountain West player of the year. He averaged a near double-double at just 6-5, showing heart over height and there is little doubt he will hit that double-double mark this year. Roddy came up huge in the games that mattered this year, with 16+ points in three of the four NIT games over 7 rebounds in both the conference tournament games. If he can progress just a little more he could be on the list of top mid-major players at the end of the year.

Rams are making a 𝗦𝗣𝗟𝗔𝗦𝗛 💦

Tonje played a big role off the bench last season, averaging over 20 minutes per game. Despite the big role, he only averaged just over 6 points per game, which is not as much as Colorado State fans would have wanted. This year, he’s expected to take the same role, and he is more than capable of improving. As an upperclassman now, he should strive and provide that much-needed boost that the team will need to go from good to great. If he puts together a similar campaign as last season, then Colorado State basketball will still be fine, but we might see them right outside the NCAA Tournament once again.

Colorado State basketball relies on their starting 5 heavily, but look to their bench once in a while. The key player off the bench is Tonje, as mentioned earlier. They will need a big year from him to succeed. The rest of the bench is decent, with Rivera and Thomas both being guys who should progress this season.

The guy to watch for is Chandler Jacobs. He put up amazing numbers at Dallas Baptist, but obviously going from Division II to Division I will be a huge talent jump. If he can still be a solid player, then Colorado State can be even better.

Colorado State basketball finished 334th in the country out of 357 in MRAR, which stands for mid-range field goal attempts per 100 possessions. This is obviously an extremely low number, and while people claim the midrange is dead, it obviously is important in a team’s success. Colorado State will need to improve that number to match their other stats if they want to make that next push.

At least 2️⃣1️⃣ national 📺 games this year for your #CSURams !

Colorado State will be a team to watch and will fall under the radar of a lot of teams. The dynamic duo of David Roddy and Isaiah Stevens will be extremely fun to watch as they continue to progress.

One concern that may hurt them down the road is their lack of size. Their starting guards standing at 6-0 and 5-10, and their forwards are 6-5 and 6-6. Luckily, Roddy is able to ease that pain, but we may see teams go big in order to take advantage of the mismatch.

Colorado State will have a big-time nonconference matchup against Alabama at home. If they can keep this game competitive or even pull off the upset, they will get a lot of people talking about how legit this Colorado State basketball team can be.

In the conference, it will be them vs San Diego State as the top dogs. SDSU took the title last year, but Colorado State on paper is the better team this team around. They will play each other in the second to last regular-season game in what will probably have major conference title implications.

Projected Postseason Finish: NCAA Tournament Round of 64/Round of 32 Exit