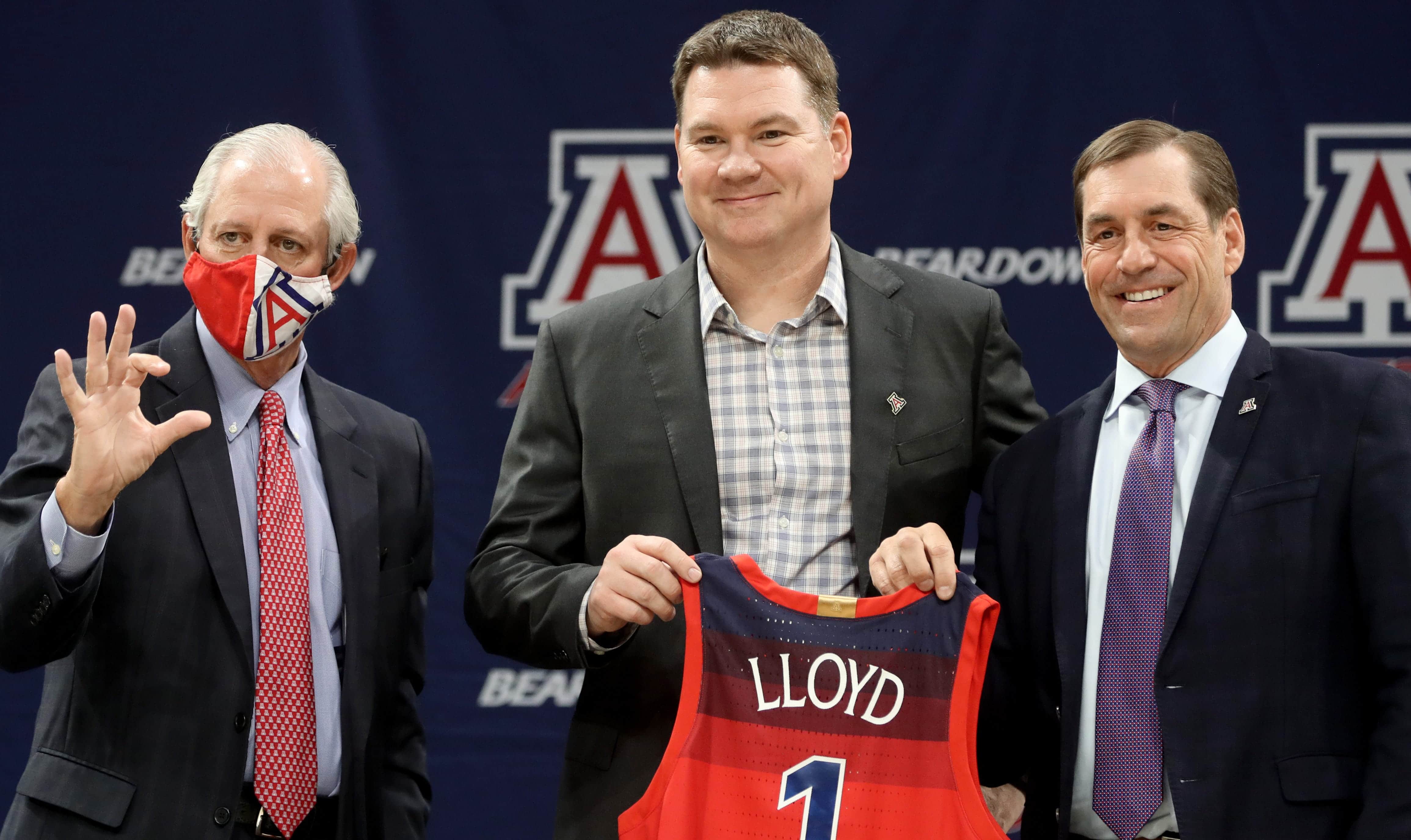 With possible NCAA sanctions still looming, a new head coach, and a hodgepodge of transfers, this incredibly young Arizona basketball team can fly under the radar.

Ben Mathurin and Azuolas Tubelis are potential NBA Draft lottery picks ready to break out in their second college seasons. They will be joined by talented transfers and a highly touted recruit who is looking to make a name for himself on an interesting Arizona basketball squad.

Mathurin was considering testing the NBA draft waters at the end of last season, with the uncertainty of where the Arizona basketball program would be this season. He decided to return to boost his draft stock and to play in an NCAA tournament on a big stage (Arizona was on a self-imposed postseason ban last season). Mathurin is a big, athletic wing who has the ability to take over a game with his athleticism and shooting prowess.

Mathurin was a borderline 4-star recruit coming out of high school and showed that promise in his first season. If Mathurin can take his game to the next level, he is far and away the best player on the Wildcats roster.

Arizona is deep at guard, but Kriisa is really the only true point guard on the roster. Kriisa had eligibility issues last year which caused him to not make his debut for the wildcats until February. With a full offseason under his belt, Krissa is poised to have a great season. Arizona basketball is depending on him to both pass and shoot the ball extremely well.

In his limited play last season, Kriisa shot 38.6% from three. He will have to get close to that again in order for the Wildcats to be successful. Kriisa fits the mold of other Arizona point guards who have come before him. He has excellent court vision with the ability to knock down a shot when needed. He will need to be a floor leader and facilitator and be able to find the open wings that can knock down shots.

If Kriisa can play at the level he did when he was playing professionally in Estonia, it will be a huge boost for Arizona basketball this season.

This is where Arizona basketball is going to struggle. The depth is not particularly good, and it is unclear how well the incoming freshman and transfers will blend together to create a 2nd rotation. There are some bright spots. Incoming recruit Shane Nowell is an exciting player to watch. As is Justin Kier, transfer from Georgia who also played at George Mason. After that, it will be interesting to see who can give the wildcats solid minutes off the bench.

If Dalen Terry can contribute the solid defense he has played in the past and take his offensive game to the next level, he will be a go-to bench player, who has 6th man possibilities. The injury to Utah transfer Pelle Larson is a huge blow to the overall depth of the bench. Arizona basketball is very guard-heavy and will need to use smaller rotations in order to get the most out of their team.

Adjusted offense measures the number of points a team scores per 100 possessions. The Wildcats were 15th in the country last season in adjusted offense. This number is more impressive when understanding that Sean Miller was a defensive-minded coach, and it was an even younger Arizona basketball team last season.

With a much more offensive-minded coach in Tommy Lloyd, look for Arizona to be top 15 in this stat again. If the Wildcats can improve on their 59th rated adjusted defense, we will see a team that could make a surprising run in the postseason.

Not many people are expecting much from Arizona this season. They have a new head coach who has never had a head coaching job before, and they hardly have any upperclassmen. What they do have are young, hungry players who want to show that Arizona basketball is no longer a pushover, and they want to do something they could not do last year: get to the tournament. Expect this group to play hard for Coach Lloyd and to be one of the faster teams in the NCAA.

If Ben Mathurin can develop into the lottery pick that I think he will be, and 2nd-year players Kerr Kriisa and Azuolas Tubelis can continue their strong play from last season, Arizona will have a team that will surprise many people.

I am expecting Arizona to be a fringe tournament team. They’re not in for sure, but if the Wildcats can scrape together 20 wins, I think that will be enough in a deeper than usual Pac 12.

Featured image from The Arizona Republic.