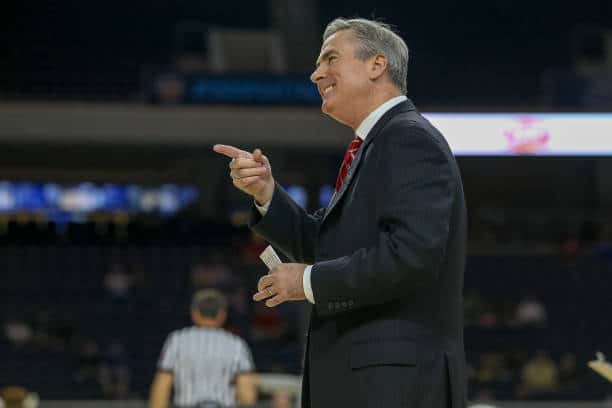 Zion Harmon chose to play for Western Kentucky basketball over a slew of well-known programs. He’ll be tasked with bringing together a few returning Hilltoppers and multiple transfers from Cincinnati, DePaul, Maryland and lower divisions.

What’s it like to be the tallest player in the country?

Western Kentucky basketball is used to getting top recruits, but something feels different about Harmon. He picked the Hilltoppers despite holding offers from Kansas, Louisville, Maryland, Seton Hall and Tennessee. There’s no doubt that he’s a future NBA talent, but it’ll be up to the WKU staff to bring out the best in him.

Harmon isn’t a superb athlete and that might strike you as concerning given his lack of height. However, he’s a very gifted shooter, is crafty off the dribble and has top-notch vision. There’s no telling how high his ceiling will be at the Division I level, but I’m expecting good play and leadership from the potential one-and-done.

The 7-foot-5 Sharp could either be a complete difference maker for Western Kentucky or a problem for coach Stansbury. The Hilltoppers don’t have anyone 6-foot-10 or above who have played in Division I before, as Sharp and Darrius Miles both come from down the ladder.

The size of Sharp puts him in a good position to be the starting guy. Whether or not he wins that battle or is able to play big minutes each game will be another discussion. If Sharp can be a serviceable big man at that size, it gives the Hilltoppers a fearsome player in the paint.

Western Kentucky basketball will boast one guard with starting experience off the bench. Williams, Anderson and McKnight will be the three that Stansbury might just have to switch between as the season moves on. I like McKnight to come in and back up Harmon, although if they can play together at the same time it gives WKU two out-of-this-world playmakers.

Hamilton and Frampton will be two lights-out shooters off the bench, and it’s not out of the question that Stansbury might elect to put one of them in the starting lineup to give Harmon and the Hilltoppers a knockdown shooter out of the gates.

Cozart is an undersized big who should be looked upon to come in and grab rebounds. As a junior, this could be his breakout season. However, with Miles’ lack of experience, the Hilltoppers don’t have a great backup center, to a position they’re already thin at.

You laugh, but making free throws are one of the most overlooked yet vastly important aspects of the game. Western Kentucky was 15th in the country last season at 78.87% from the line.

Having shooters like Harmon, Hamilton and Frampton should help the Hilltoppers to have another strong season from the charity stripe. It’s a sneaky way to win close games, and WKU will look to be consistently good at it again.

Conference USA is set for a wild season with UAB and Marshall joining Western Kentucky in our top 100 rankings. The Hilltoppers will be the favorites, but don’t expect it to be a cakewalk. Without playing in a power conference, those games should keep them fresh and ready for the NCAA Tournament.

A game at Memphis will be one to watch in a fairly light schedule that also includes Louisville, Minnesota and Ole Miss as marquee matchups. The Hilltoppers and Tigers will both be unorthodox teams to watch as the season progresses.

Come support the Hilltoppers as they take on the Rebels on Dec. 11 on a national stage at @HHoopsgiving!

If Zion Harmon can come in and lead as a freshman, the surrounding pieces are there. I like Butz to lead the team in scoring, but because of his senior leadership and experience in college. However, as the season advances into February and March, I expect Harmon to take over as the lead guy. It makes preseason projections nearly impossible, but the ceiling of this team is very high.