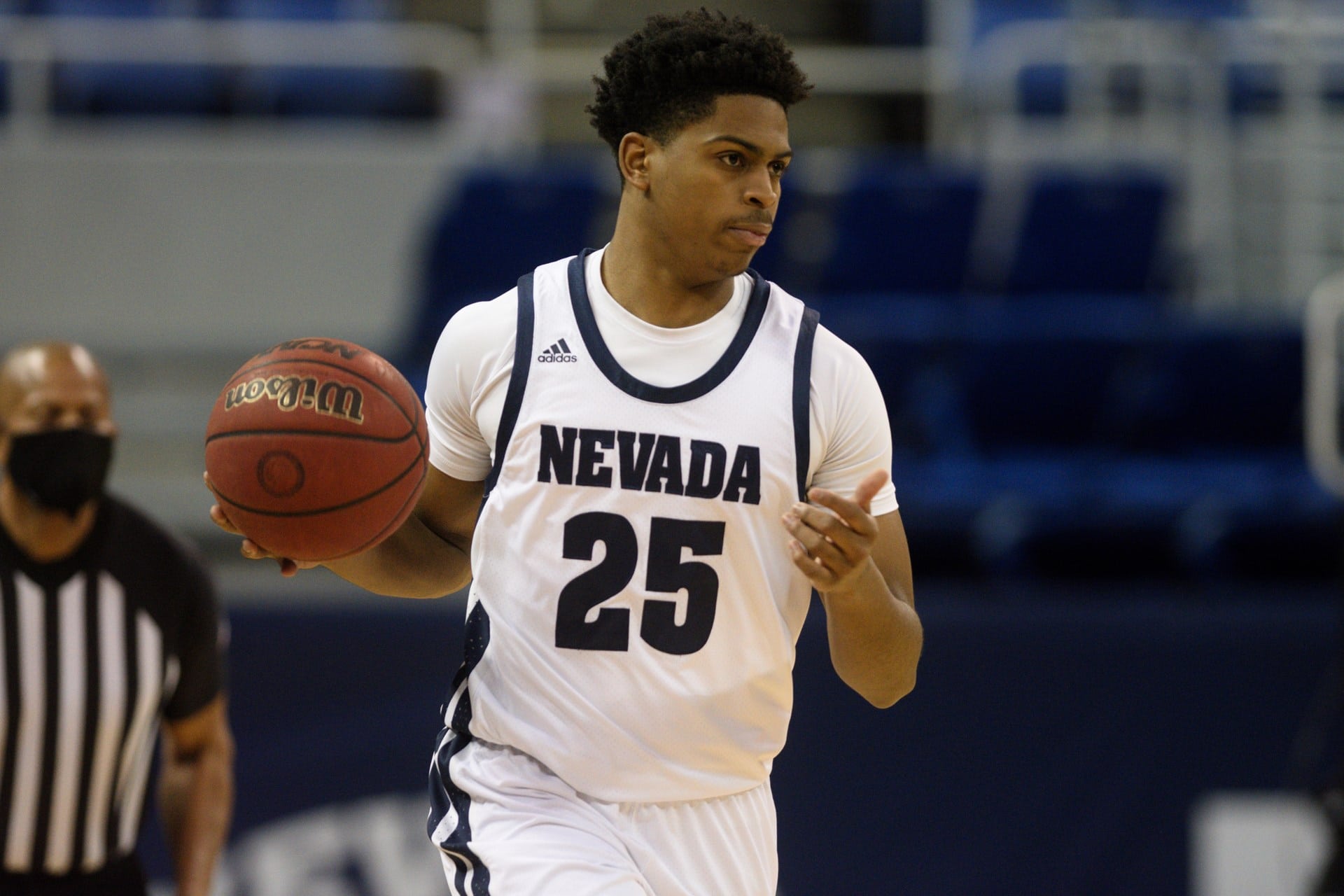 After de-committing from Nevada basketball the year prior, Grant Sherfield de-committed from Wichita State and will be the Wolf Pack’s leader.

Grant Sherfield committed to Eric Musselman, who would leave for Arkansas and immediately impact the Razorbacks. Upon his departure, Sherfield decommitted and found a home in Wichita State. Unfortunately, his uneasiness and frustrations showed, and when offered the opportunity, committed to the new coach Steve Alford and Nevada basketball.

This team lost only one starter in forward Zane Meeks to San Francisco. Nevada basketball also lost serious contributors in Khristion Courseault to Houston Baptist, Kane Milling to UC Davis, and other players like Je’Lani Clark to North Idaho and Robby Robinson to New Orleans. The Wolf Pack also landed a former 4-star recruit and player from Oregon, Addison Patterson, but was no longer with the program and signed with Salt Lake Community College.

Highlights and recap from tonight as the Pack’s comeback fell just short in Logan.

Make it 2️⃣0️⃣ for @dezcambridgejr after this turnaround!

Pack lead up to 10!#BattleBorn pic.twitter.com/ce22y2VEsl

The Pack is a 🔥🔥🔥 8-for-11 from 3 so far!@gsherfield5 with the bomb from the corner to put the Pack up 11!#BattleBorn pic.twitter.com/GIciIMb6Gr

Grant Sherfield runs this Nevada basketball offense and leads in many categories in the Moutain West Conference. Sherfield led all players with 483 points, 158 assists, 6.1 assisters per game, 42 steals or 1.6 per game, assist percentage 38.9%, made the most free-throws 130, tied for first in attempts 158,  508 points produced, and 19.6 points produced per game.

He was second in the Conference in points per game (18.6), third-highest free throw percentage .855, eighth in field goal percentage .433, and then a bunch of other technical data points that he was top 10 in for the Mountain West.

This will likely continue this year as he becomes the alpha wolf of the Wolf Pack. His ability to shot, create shots for himself and others, aggressiveness and work ethic are all things that coach Alford loves. Alford has brought in some talent to assist Sherfield and Nevada basketball with shooters, passers, and length. This team is very young, but with Grant at the helm and Alford’s instruction is going to be very dangerous.\

Kenan Blackshear is a player that could carve out a role in this offense. He could very easily find himself working into the starting lineup for Nevada. His growth from his freshman year to sophomore year showed some real potential. Earning more playing time, improved all of his shooting numbers, and became an imposing well-rounded player.

Blackshear has the talent to be the guy to make it more difficult for defenses to cover some scorers, and his length could cause some issues on turnovers. Hoping Nevada basketball comes easy to Blackshear could catapult this team up in the rankings for the MWC.

The Wolf Pack has a much-improved bench from last year and added two first-year students that will be assets moving forward but likely won’t see much playing time in Jalen Weaver and Nick Davidson. The team has six guards with a couple that could play wing or forward and six forwards with a couple that could play Center. A few will have some time to earn minutes after losing some serious parts last year.

The team’s newness allows coach Alford and Nevada to really expand the team’s ability and shape the identity. The length he has recruited is excellent. Coach Alford will need to grab a point guard next year to replace Sherfield, as that is the biggest weakness. Sherfield can handle it and was clearly one of the heaviest minute leaders in the conference. Allowing him to rest would really benefit Nevada basketball as he continues to grind out games.

This advance stat measures how many free throws teams take per 100 trips upcourt. Nevada was seventh in the country last season, and with Sherfield and a few other starters returning, will use that experience and habit of drawing fouls again this year.

It’s not the sexiest analytics, but it shows how patient the Wolfpack are to utilize the foul line and frustrate opposing teams in the process.

The team should find itself in the top three of the conference. They have the balance, length, and ability to cause a lot of teams issues. The Wolf Pack will need to win either the regular season or the tournament to advance into the NCAA Tournament with the weakness of the nonconference. A huge boost for the team could be matchups in the Cross Classic, but either way, they should be a team that will have a chance to earn a bid in March.

Projected Finish: 3rd in the MWC