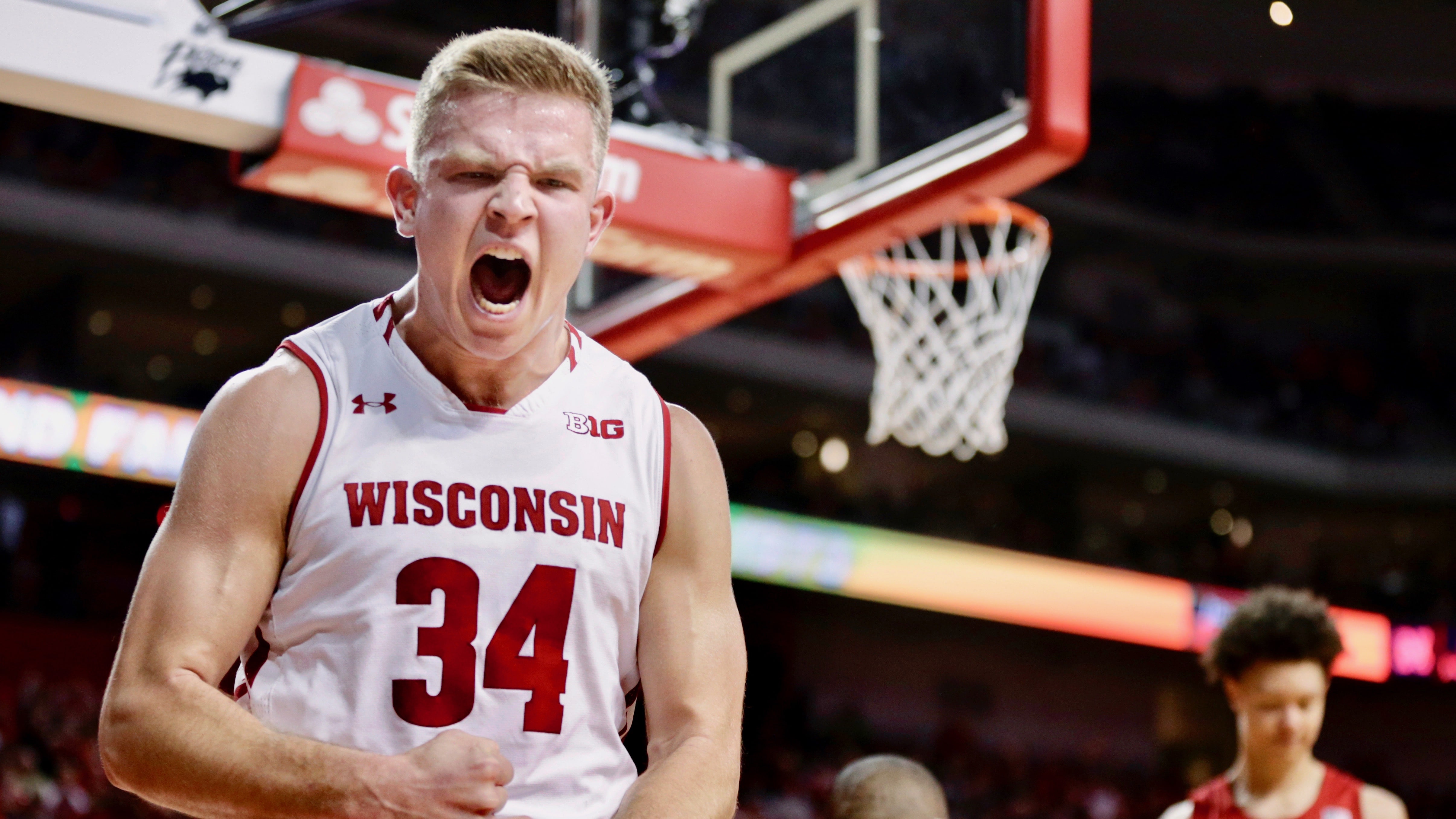 Little is back from a Wisconsin basketball team that lost four of its top five scorers from last season. The Badgers will rely on a strong group of underclassmen.

Brad Davison and Tyler Wahl highlight the limited members who received key roles on Wisconsin basketball last season. However, the potential emergence of Jonathan Davis and other highly recruited underclassmen has the Badgers in striking distance in an incredibly tough Big Ten.

Davison is back for his fifth year in the Wisconsin basketball program and I’m expecting big things from the leader. He’s been a fan favorite and consistent starter over the past four seasons, but this year it’s time for Davison to take control of a very young roster. When you think about Davison, his efficiency and poise come to mind. Davison’s never shot lower than 80.9% from the free-throw line and the past two years averaged under one turnover per game.

This season, Davison almost needs to throw efficiency out the window. He’ll still connect from the stripe, but from the field, he’ll have to pull the trigger much more often to keep Wisconsin in games. This season will be a struggle at times, so Davison will have to step up and be the man in charge.

I’m putting a lot of trust in Davis to be the young star who blossoms into a go-to guy on this Wisconsin team this season. Davis played all of his 31 games off the bench last season, but there are no questions he’ll be a starter this time around. He played his best basketball last February and March, scoring at least ten points in seven of his final thirteen games.

This year, that’ll have to be 13 out of 13, or really 30 out of 30 games for Davis. He could even be the go-to guy to start the season, but it’s hard to deny the importance of Davison, so for now, Davis is his Robin.

Davis is an all-around player, so don’t just think he’ll be a scorer. He’s an elusive wing who can guard multiple positions and has clear NBA potential if he plays to full capacity this season.

I hate giving a rating this low, but I’m just not sure at all what the Wisconsin basketball bench rotation will even look like. It’s full of freshmen and sophomores with the exception of Jahcobi Neath, a transfer from Wake Forest. Neath is looking like the sixth man on paper, but who really knows with the arsenal Greg Gard has.

There are a few other underclassmen I didn’t even mention because I could have gone 12 or 13 deep trying to figure out who will split the playing time on this team. It’s a whole lot of incoming and second-year 3-stars and a few 4-stars mixed in. That will create competition for playing time, but Wisconsin can go decently deep even as the season goes on.

One more player to keep an eye on is Ben Carlson. In his seven games before the injury, he averaged about three points per game but did have a 13 point outing in his collegiate debut. That makes him a very intriguing wild card because if he can answer the call and play a big role, it opens up what the Wisconsin bench has to offer.

Look no further than one of KenPom’s most important metrics in adjusted defense. The Badgers were the 15th best in the country last season in this category, which measures points allowed per 100 possessions.

Gard was hired in 2015, and since then, the Badgers’ defense has been notoriously good:

Of course, losing so many pieces could drop Wisconsin basketball down a bit, but even 66th isn’t a shame, and something tells me Gard won’t let his guard down that much again.

Not many people will be as high on Wisconsin basketball because they don’t have any five-stars, didn’t hit the transfer portal as much as other teams, and lost most of the starters from last season. But what they do have is a defensive coach who rarely stumbles, and that is a quality that a lot of programs can’t rely on.

If Davis makes as big a jump as expected, everyone will forget the changes Wisconsin has gone through. If he struggles to adjust to such a big role, it will likely all fall on Davison or the Badgers will be content with a rebuilding year to get back on track.

Either way, I’m expecting Wisconsin basketball to make a run for an NCAA Tournament bid. They’re not in for sure, but the Badgers have a chance to make the Big Ten a 10-bid league.