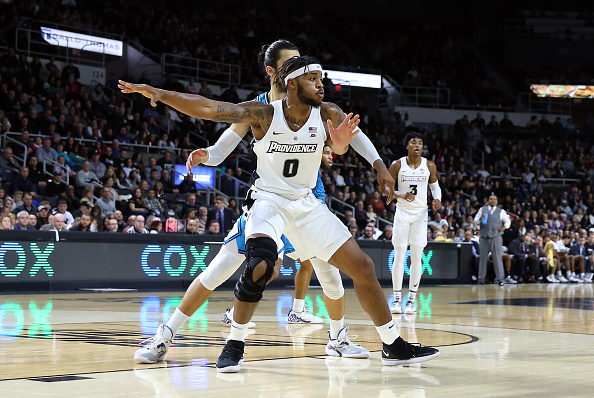 Even with the departures of David Duke Jr. to the NBA and Greg Gantt to North Carolina State, Providence basketball will bring a veteran and skilled group to the court. The Big East is tough as usual, but also as open as last year for any team, one through eight to succeed. Duke’s transition to the NBA certainly has question marks surrounding the Friars, but coach Ed Cooley can get it done.

Long overdue, but here are some of the best plays of Nate Watson’s 2020-21 season.

Watson returning to the Providence basketball team was huge for Coach Ed Cooley as well as the NCAA Tournament hopes for the Friars. All Watson has done in his career is score 1,317 points while playing in 122 career games. The 6-10 center brings a world of experience not to mention accolades. He was an all-Second Team Big East selection and named to the USBWA District 1 First Team and All NABC District 5 Second Team. He won the Male Team Athlete of the Year in May and with a big season could be a repeat winner of this award.

Watson could also profit from the recent NIL legislation as he has over 600,000 Tik Tok followers. Watson came back to improve his NBA Draft stock and should position himself to hear his name called next June.

Why is Bynum listed here? Because Providence basketball was 10-7 in games Bynum played and 3-6 when he did not last season. He averaged 27 minutes in his 17 games played. Bynum will have to improve on his field goal percentage (31%) and he made only five three-point shots last season. He started 11 games last season and Coach Cooley hopes that number increases.

When you are going to bring a duo of players who started 13 games each for Providence last year in Horchler and Breed off the bench and combine that with talented first-year players in Castro and Geeter, interchangeable lineups and avoiding foul trouble will be a strength for Coach Cooley.

However, there isn’t a true asset or game-changer coming off the bench in a challenging Big East. Coach Cooley likes having somewhat deep rosters, but after Breed, it’s a sure drop-off in pure talent. That shouldn’t be a major issue as the starting lineup is one of the most complete in the Big East. However, as the season wears on, the true Providence basketball team will show.

Last season Providence basketball was last in the Big East in 3PAR (three-point field goal attempts per 100 trips) and three-point percentage. It might even get worse this season. David Duke Jr. was one of Providence’s biggest threats from deep and he opted to go professional.

So if you’re a fan of the inside game, the Friars are your team. They were third in the Big East to Seton Hall and St. John’s in NPAR (near proximity field goal attempts per 100 trips). The addition of Minaya is sure to make that number rise. Be on the lookout for a paint-heavy offense from Providence.

One thing Providence Basketball won’t lack is experience. The top six in the expected rotation have a combined 29 years of playing college basketball. Some Kentucky teams didn’t have 29 games of experience. The six-pack of Bynum, Reeves, Durham, Minaya, Watson, and Horchler started 115 games last season alone.

The talented, yet raw, duo of Legend Geeter and Rafael Castro as well as sophomore Alyn Breed, who started 13 games as a freshman, will only get better in practice against the veterans who return and will provide depth for the Friars.

While the Friars lost a lot when David Duke chose to stay in the Draft and was selected by the Brooklyn Nets, Coach Cooley did hit the transfer portal and brought in two players with major college experience in Al Durham (Indiana) and Justin Minaya (South Carolina) to ease the loss of Duke. Durham started all 26 of the Hoosiers games last year and Minaya, the son of former NY Met GM mar Minaya, started 75 of his 79 career games as a Gamecock.