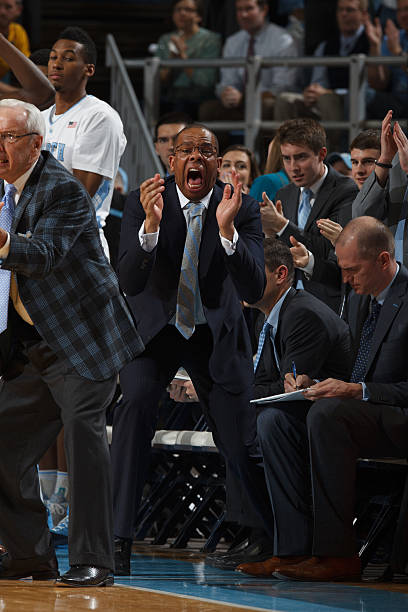 Nearly 60 head coaches in college basketball will be first-timers this season. These ten have the best possible outcomes.

From Arizona to Arkansas-Pine Bluff, coaches, players and programs will be adjusting to each other for the firsr time. Strength of the conference, players’ commitment to a new coach and coaching style are all factors. These ten coaches all have bright outlooks heading into the season.

The Lobos have been dreadful the past few seasons and this wasn’t exactly a promotion for Pitino who struggled at Minnesota. However, in just a few months, he’s already bringing some conversation to Albuquerque.

247sports lists four transfers all from power-six schools heading to New Mexico. The biggest name is Jamal Mashburn Jr., son of NBA legend Jamal Mashburn and a former Gopher continuing on the path with Pitino.

The challenge will be getting them all to play together, but he’s certainly a coach who can get guys on board.

Kelsey accepted the College of Charleston job after nine years at Winthrop, which he built from one losing record to eight consecutive winning records, four regular-season conference titles and two NCAA Tournament appearances.

One name to watch is Fah’Mir Ali. Kelsey recruited him from Radford, where he averaged 10.6 points and 3.8 assists as a freshman.

However, Kelsey’s outlook is more based on how well he performed at Winthrop. It’s challenging to be a consistent winner in a mid-major conference for a few years, let alone almost a decade. The SoCon is a different bear, but this year it looks down, which could benefit CofC.

Moser will try and follow what Shaka Smart and Brad Stevens did, in leaving a multiple-time Cinderella team to a new and bigger stage.

The biggest get for his staff was Tanner Groves, a 6-foot-9 stretch forward who led Eastern Washington to the Big Dance this season. Groves fits perfectly into Lon Kruger’s style, and given his skillset, should fit into whatever Moser brings in.

He also brings in the third-best recruiting class in the Big 12, according to 247sports, and Jordan Goldwire from Duke. That’s a lot of talent for someone who’s already done a lot with little.

Kruger has one of the easiest transitions of coaches on this list, having been an assistant on UNLV since 2019. Now he’s the head coach and with that will come more challenges.

If Nuga and Hamilton offset each other well, UNLV has a great scoring duo and can compete in the Mountain West, one of the best mid-major conferences in college basketball.

Miller is already one of the best coaches in the NCAA and at 38 years old you could say he hasn’t even hit his peak yet. Two NCAA Tournaments in five years earned him this job.

The Bearcats have slid a bit off the national stage ever since leaving the Big East for the American Athletic Conference, but there’s still hope for the historic program. Miller brings in a new exciting and winning face to the team, so that alone puts Cincinnati in a good place for year one.

The AAC also looks a bit down, with Houston’s dream year probably soon going back to reality. His roster looks interesting, with returners, transfers and recruits all trying to put Cincinnati basketball back on the map.

Replacing Chris Beard with Mark Adams seemed like a big loss on paper. What Adams has done in the offseason to this point really makes you rethink that.

Marcus Santos-Silva and Terrence Shannon Jr. opted to come back to Lubbock, giving Adams stability from key returners in year one.

He also hit the transfer market hard, landing multiple guys from other colleges and in the mix for a few others. Texas Tech is just becoming a college basketball powerhouse. Beard’s departure sure bites, but Adams looks to continue where he left off.

Lloyd has a weird blend of pressure and not any pressure. Arizona demands a lot from it’s coaches, but after a self-imposed ban, Lloyd may reap the benefits of having nothing to play for or at least less pressure to be good right away.

For what it’s worth, he landed 4-star shooting guard Shane Nowell and Utah transfer Pelle Larson.

Nowell has the talent to come in right away and deliver for Lloyd while Larson came from Utah where he averaged 8.2 points, 3.2 rebounds and 2.8 assists as a freshman. Those are two really good pickups, so Lloyd’s short time in Tucson already looks decent.

Indiana got a gem in Woodson, with the only real question about his coaching being if he can do it in college basketball. However, he did it with the New York Knicks, so building up struggling teams is right down his alley.

Fortunately for Woodson, the big-time talent is already coming to Hoosier nation. Pittsburgh’s Xavier Johnson is one of the best transfers in the country, after averaging double-digits in scoring his first three seasons with the Panthers.

Looking past just next season, Woodson seems to already have a good future in Indiana. Two 247 top-100 recruits, 69th ranked Logan Duncomb and 28th ranked Tamar Bates will both be freshmen at Indiana in the fall. They’ll look to help create a winning culture next season and beyond.

Between impact players returning and impact transfers coming in, Chris Beard has a legitimate Final Four team in his hands. Of course, Texas fans will have to see it to believe it after being bounced by Abilene Christian in the opening round this March, but Beard has reached the promised land before.

Andrew Jones and Courtney Ramey return, giving Beard two of the most experienced and skilled guards in the country.

Need more reason to believe? 4-star Jaylon Tyson comes in as a small forward and Minnesota transfer Marcus Carr still has Texas on his shortlist.

You almost had to figure the Tar Heels would set up Davis in a way to succeed, but who knew it’d be this good.

It’s almost impossible to replace what Roy Williams accomplished at UNC. Davis is already off to a good start with seven rotation players deciding to stay put in the program. In a whirlwind of transfers in college basketball this season, that’s a fantastic number for a first-year coach.

Transfers coming to Chapel Hill include Brady Manek, Dawson Garcia and Justin McKoy. Like Texas, that’s a lot of incoming scoring. 27.3 points per game to be exact.

Davis’ resume also says it all. He’s been with the program since 2012 and knows all the ins and outs of North Carolina basketball. He’s set up to earn a great seed in this year’s NCAA Tournament and many more down the line.