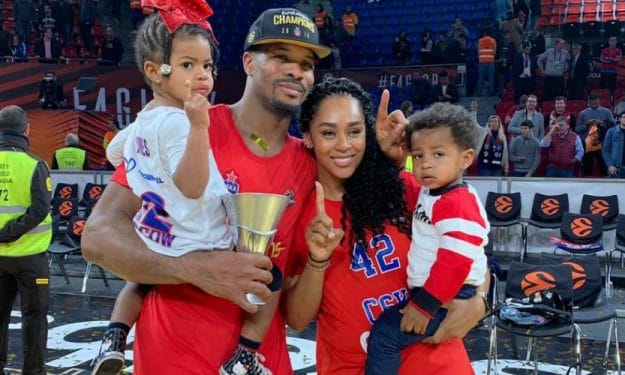 Led by Kyle Hines, Team Hines will look to repeat their 2019 The Basketball Tournament run this year.

In 2019, Team Hines made waves after winning the East Regional of The Basketball Tounmanet as the #1 seed and making it all the way to the semifinals. Last year, the story was completely the opposite, getting upset by Sideline Cancer in the first round and seeing their run cut short. Now, this Sideline Cancer team would end up making the final but nonetheless were ranked much lower when they played Team Hines.

This year, Kyle Hines, the 6’6 center will look to lead his team to another deep run, and he has the pieces to do so.

The talent is there, with former NBA players and current overseas players leading the way. Hines will be the face of the team and the best player, but keep an eye on John Jenkins, a former first-round pick, and Isaiah Miles, who will be making his third straight appearance for the team.

One thing to keep in mind, Kyle Hines didn’t play last season and they got upset in the first round. When he did play in 2019, they made the semifinals. Hines knows how to win, and with a talented Team Hines, they could do just that. In the way is one of the best teams in The Basketball Tournament history, Carmen’s Crew, who will be a tough team to beat, but Hines has the tools to do so. If they can find a balance of guard and big play, don’t be surprised if you keep seeing a W next to Team Hines in the scoring column.