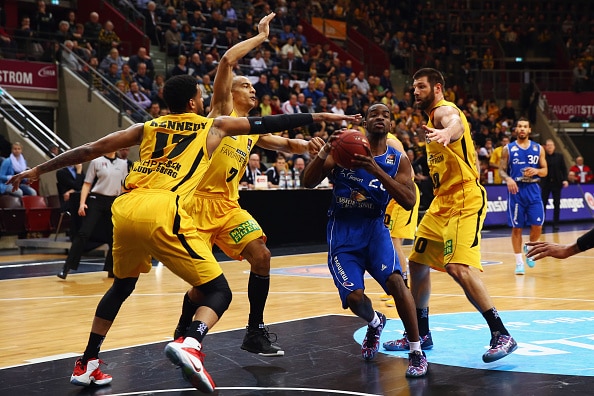 Armored Athlete and The Basketball Tournament are quite synonymous.

Armored Athlete will be making its seventh straight appearance in The Basketball Tournament. Their all-time record is 13-6, which places them in the top five all-time winningest programs in this winner-take-all summer basketball extravaganza.

They have had a tradition of success averaging over two wins each year. Last year they bowed out as a 15-seed against typical powerhouse and former champion Overseas Elite 76-60 in the opening round.

Like each year, this year’s team will be well-prepared to win games. They feature several players with past NBA experience, namely Malcolm Miller, Xavier Rathan-Mayes, and Jemerrio Jones.

This team has talent. Miller played 10 games and won an NBA title with the Toronto Raptors in 2019. He played for the G League’s Salt Lake City Stars, a Utah Jazz affiliate this past season.

Sean Armand is a pro’s pro, who averaged 22 points a game in the 2018 The Basketball Tournament and played in France the past two seasons. He was a top-10 scorer in the league each season.

Extremely solid pickup from @ArmoredAthlete. @SeanArmand_ has been top 10 leading scorer in France the past two seasons and averaged 22ppg in @thetournament in 2018 🙏🙏 https://t.co/m70Y7i6Rrn

When you add the scoring of Rathan-Mayes and Jones and the experience from the coaching staff to the rest of the roster, their 4-seed is well-deserved and this is a team that could play itself into the second weekend or beyond.