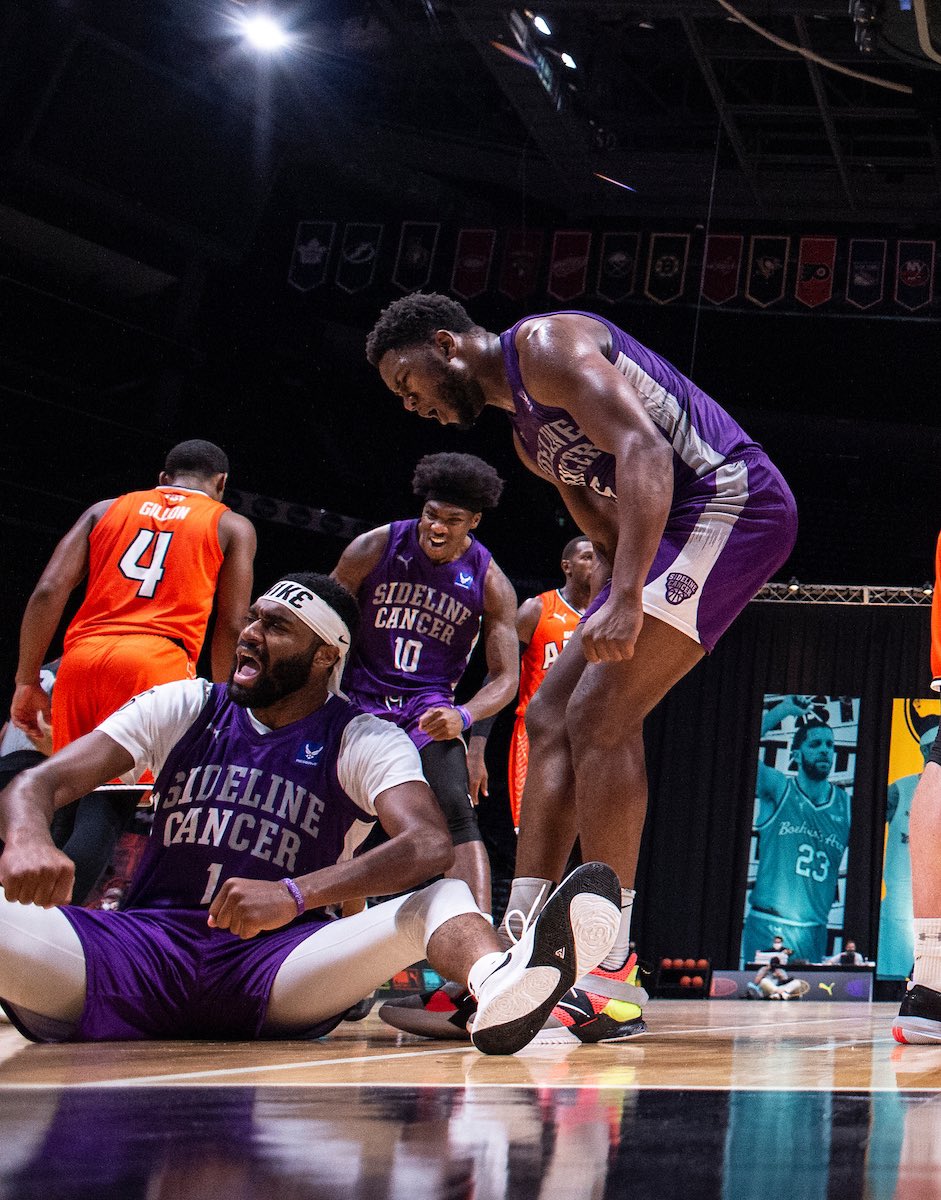 Last year’s The Basketball Tournament runners-up are looking to seal the deal this time around.

Sideline Cancer is participating once more in The Basketball Tournament. They are the only remaining original team from the tournament’s inception in 2014 still taking part. Sideline Cancer has an all-time record of 10-7 but were last year’s runners-up.

Organizers of The Basketball Tournament have them listed as the top seed in the West Virginia regional, meaning they believe last year’s run was no fluke.

Your No. 1 seed in West Virginia: SIDELINE CANCER 💜@SidelineTBT pic.twitter.com/uc4Key2yC0

Sideline Cancer may be entering The Basketball Tournament with their highest expectations yet. This is a group comprised of former Division I players, including leagues like the ACC, Big East, and Big Ten.

Seven of their eight players are returning, including their high-powered scorer in Marcus Keene. He paced them in last year’s tournament, much as he did for Central Michigan during his playing days with the Chippewas. Meanwhile. former Pitt Panther Jamel Artis paces this group in the paint.

Sideline Cancer should be able to make plays from all over the court and put themselves in position for another deep run. They are hoping to follow in the Golden Eagles’ footsteps, as they captured last year’s title after finishing as the runners-up in the tournament prior to that.

In last year’s @thetournament, @SidelineTBT made it to the championship. You may not have expected it but THEY DID‼️

Featured image courtesy of Inside TBT (@Insidetbt) on Twitter