5 Teams That Could Benefit From Conference Realignment 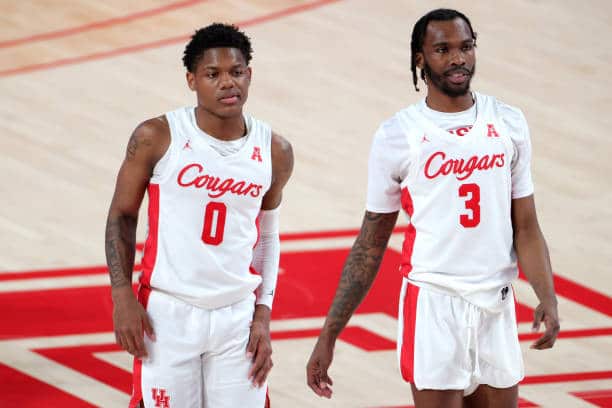 Every decade or so, conference realignment hits college basketball. These teams should consider a move.

Conference realignment almost never sits well with fans of the teams and conferences involved. Rivalries get broken, with almost ‘forced’ new ones taking place. Coaches have to adjust to different recruiting demands tailored to a new conference. Players even have to rethink their decisions to attend schools that decide to make a switch.

But oftentimes, the realignment results in better press, more wins, and ultimately more money (which is the main reason for moving to a brand new conference in the first place).

The last major realignment saw the insurrection of the Big East, with major programs Syracuse and Louisville among a handful of teams bolting to the ACC. Many other major conferences were involved, including the SEC and Big 12.

Years prior, it was Conference USA and the Mountain West forming. Eventually, some of those teams excelled enough to move up into a better conference.

With no major teams switching conferences over the past few years and the pressure of college football to even the playing field, it seems as if we’re on the edge of another bombshell of conference realignment. With that, I forecast five college basketball programs that would benefit from a move.

The Bulls have done the best of any team in the NCAA at being able to survive a coaching change, bring in a new one, repeat the process, and always compete in the underrated MAC.

Since hiring Bobby Hurley before the 2013 season, the Bulls are already on their third coach. But in those eight seasons, they’ve reached the NCAA Tournament four times and never finished less than third in the MAC East. Last season was the first that the conference got rid of divisions and Buffalo earned second place.

The Bulls have also been consistent in football, which opens up the possibilities for conferences to join. The two that immediately jump out to me are American Athletics, Atlantic 10, and Conference USA.

The AAC would be the most challenging and biggest jump forward, but it could pay off the most. Buffalo would by no means be a bottom feeder in either football or basketball, and given their consistency would probably compete at a high level in just a few years.

By contrast, the Atlantic 10 would be a basketball move only. Geographically, the Bulls would fit in with other northeast schools like Dayton, Rhode Island, and St. Bonaventure. However, not having football would make it a risky move.

Conference USA wouldn’t be a major step up, other than potentially for football. It makes sense enough if it did happen but probably wouldn’t move the needle enough to make the change.

I’d love to see Buffalo on a higher stage. They’ve been a mid-major powerhouse for almost a decade and have a good football program as well. Give them another year or two of 20-win seasons, an NCAA Tournament appearance, and a bowl game and Buffalo might be getting some phone calls for conference realignment.

Loyola-Chicago has gone from America’s sweetheart story to another chapter. The road didn’t end with the Ramblers’ 2018 Final Four run. Last season, Porter Moser took them to the Sweet 16.

Although it’s just been two really good seasons and nothing much else for the Ramblers – they have had four straight 20-win seasons for what it’s worth – they seem like a head above the rest of the competition in the Missouri Valley Conference.

We’ve also consistently seen teams leave the MVC in the past as if it’s a pipeline conference for mid-major teams that make it to the big stage. Over the past decade, Creighton and Wichita State have both moved on to the Big East and American Athletic Conference respectively. Those have been two of the most successful moves for college basketball teams in recent years. There’s no reason why the Ramblers couldn’t follow suit and make it a third success story.

Like Buffalo, the AAC, Atlantic-10, and C-USA seem like the best three fits. However, I think the Ramblers might fit in a different conference than the Bulls.

The AAC’s football presence may turn down the Ramblers, especially since their basketball consistency isn’t as notable as Buffalo’s.

The A-10 would be a better fit because the Ramblers would make the conference better, yet still be a step up as far as overall competition. However, given how many teams are already in the A-10, who knows if they’d like to expand.

Conference USA also has a football aspect to it, but would probably be more apt to adding Loyola-Chicago for basketball only. However, that’s not a major jump from the MVC, so the question is more if the Ramblers think that move is worth it if asked for conference realignment.

Cincinnati athletics got screwed in the 2013 mass exodus of teams to different conferences. If there were to be another big conference realignment, expect the Bearcats to be one of the major programs involved.

Putting football aside, Cincinnati has a basketball team that holds some weight too. The Bearcats have as much history as any college basketball team out there and are still decently relevant despite not playing in the Big East anymore. But it is a program that deserves to be out of a borderline power six conference and into a nationally major conference.

The Bearcats really only have one conference that makes the most sense and it might not even be that plausible of a possibility. Given Cincinnati’s prior membership in the Big East, it might make sense for them to reunite.

The Big East added UConn, making its conference an uneven 11 teams on purpose. It plays into the current wave of 20-game conference schedules in college basketball with no need for alternating schedules each year. Instead, it’s a consistent schedule.

There would be perks for adding Cincinnati for basketball. The Bearcats have a huge rivalry with Xavier, and when the Big East was at its peak, rivalries were what drove the conference.

It would also make for an even split between northeast and midwest teams. Georgetown, Providence, Seton Hall, St. John’s, UConn, and Villanova would headline the beasts from the east. If added, Butler, Cincinnati, Creighton, DePaul, Marquette, and Xavier would even middle America.

There’s really no telling if Cincinnati to the Big East could actually happen, but it’d make sense if the Big East wants to expand and add another quality program to the mix.

The Houston Cougars have the best overall case to be accepted into a power conference, given how well they’ve played in college basketball and football in recent years.

The Cougars have reached the Sweet 16 or further in the last two NCAA Tournaments, with a Final Four run this April. They’ve finished the past six seasons with 21 wins or more. The Cougars have easily been one of the most consistent high mid-major programs over the past half-decade.

What’s perhaps the most interesting part of Houston potentially finding a new conference is where they could end up. As a powerhouse from Texas, the Cougars could realistically become the 11th team in the Big 12.

This model would put the Big 12 right in line with the current Big East for college basketball scheduling, allowing for each team to play each other twice for a complete 20-game schedule. That’s also another reason why conference realignment could happen again in the near future.

The Cougars would be the fifth team from Texas in the Big 12, with Baylor, TCU, Texas, and Texas Tech already members of the conference. They’d also be another competitor to hang with Kansas if Houston could be able to continue its steady play in a power conference.

Gonzaga to the Pac 12 is so obvious I don’t even need to wait until the end to deliver my pick (although I will for style purposes).

There isn’t any mid-major team in college basketball right now, and possibly ever, that has had as much success as Gonzaga in a mid-major conference. It’s been so much over the past decade or more that the Zags probably hear about moving to the Pac 12 or at least the Mountain West every offseason.

Gonzaga is a yearly contender to win the National Championship every season despite playing in a largely below-average conference. The West Coast Conference only offers St. Mary’s and BYU as realistic competitors during the conference slate, and even then the Zags often run past them by double-digits. Last season, Gonzaga went 6-0 against those two teams by a combined 103 points.

If Gonzaga joins the Pac 12 for basketball, it would be a win-win for both parties involved. The Zags would not miss a beat on the recruiting trail and would still likely be yearly contenders, but with more credibility.

The Pac 12 as a college basketball conference would improve tremendously, which would be welcomed since it’s usually been a conference that doesn’t compare to the ACC, Big Ten, Big 12, or SEC.

The Mountain West is the only other somewhat conceivable option that Gonzaga could join in a conference realignment, but for a team of their magnitude, the Pac 12 is really the only one that makes sense.