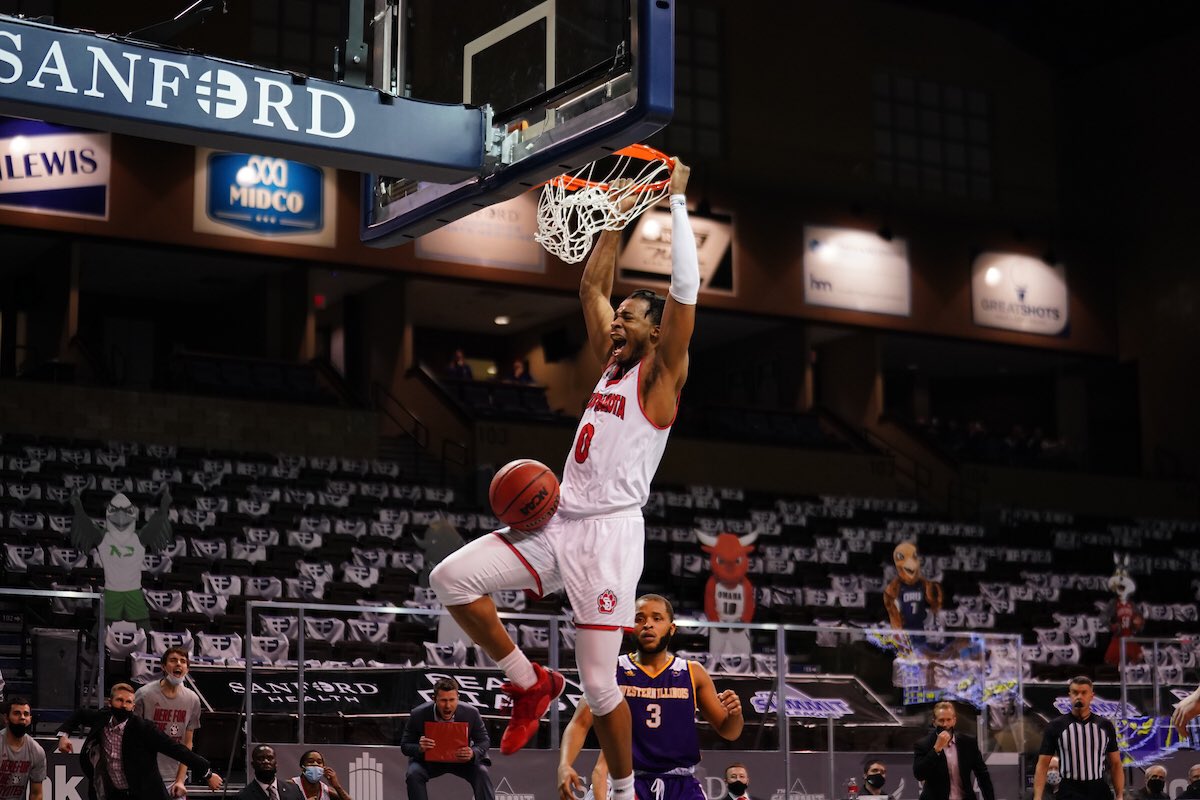 The transfer portal has seen some impact mid-major transfers head off to power conference programs.

The transfer portal has been described as the wild, wild West by some this off-season. The free year handed out by the NCAA due to the COVID pandemic has put many players on the market. While the full impact of a player who has transferred can’t be determined until after the season, there are always guys to get excited about. This includes what can be considered impact mid-major transfers who are looking to make a name at a power conference school. Here are a few that look poised to help their new teams in big ways for 2021-22.

Kellan Grady is going from one Wildcat program to another. Grady was a star for Davidson, averaging 17.4 points, 4.1 rebounds, and 2.1 assists for his career there. He is also a sniper from deep, shooting 38.2 percent this past season. Grady was a first-team Atlantic 10 selection twice and was the league’s Rookie of the Year as a freshman. He also became the sixth player in program history to score 2,000 career points.

He will bring invaluable experience to a Kentucky program that is always cycling through NBA-caliber freshmen. Grady can do a little bit of everything for John Calipari. It seems most likely that he would step in to run the team’s offensive sets. However, he can also spot up from deep and will be a mentor to the young guys next season. Grady could be one of the most impactful mid-major transfers next season.

Marreon Jackson took the Mid-American Conference by storm over the last two seasons, culminating in taking home the league’s top honor this past season. He averaged close to 20 points this past season and averaged a little over 18 per game as a junior. He also averaged 6.1 rebounds and 5.9 assists per game in 2020-21. He is the only player in program history to have two career triple-doubles.

Jackson comes to an Arizona State program coming off a disappointing 2020-21 campaign. The Sun Devils were thought to be a dark horse national title contender last season, but failed to even finish about .500. With Remy Martin and Alonzo Verge expected to move on, Jackson may be expected to step in and lead the back court right away. He has the tools to do it all and get the Sun Devils back to contention in the Pac-12.

Paul Atkinson was on the transfer market a lot earlier than anyone else on this list. That’s due to the Ivy League’s decision to cancel the season for 2020-21. However, when we last saw Atkinson in action, he was the Ivy League’s best player, averaging 17.6 points and 7.3 rebounds per game in 2019-20. He was also an efficient shooter at 66.1 percent on the season. Atkinson was poised to have Yale ready to make some waves if the Bulldogs had played this past season.

Atkinson’s arrival in South Bend should make Notre Dame a candidate to make the NCAA Tournament next season. The big man will slot into a rotation that already includes Nate Laszewski and Juwan Durham, who both averaged double-figure scoring last season. The Irish look poised for a bounce-back season with the addition of Atkinson.

Stanley Umude has been one of the best scorers in the country over the past few seasons. He averaged 21.5 points per game this past season, but has been tearing up the Summit League for the past three with his scoring ability. This was exemplified by his career-high 41 points against rival South Dakota State last December. He was a first-team selection twice and has also seen his rebounding and assist numbers improve in each season of his career.

Eric Musselman is no stranger to reaping the benefits of the transfer market. He did it at Nevada and has carried that to the Razorbacks. The Muss Bus has found one of the most impactful mid-major transfers in Umude. His scoring ability is unquestioned, but the other parts of his game will also help Arkansas reload to compete in the SEC once again.

Fatts Russell has been the heart and soul of the Rhode Island program during the last few seasons. He left the Rams averaging 13.4 points, 4.5 rebounds, 4.5 assists, and 1.8 steals per game for his career. Russell had somewhat of a down year in 2020-21, but was phenomenal as a junior. He was a first-team Atlantic 10 selection twice and is Rhode Island’s all-time leader in steals. When he is playing at the top of his game, he is one of the best guards in the country.

Russell comes to a Maryland team that surprised in 2020-21. The Terps snuck into the NCAA Tournament and advanced to the second round. One thing they were missing all season was a true leader on offense, something that’s unusual for this program. Russell should step into a point guard role, becoming one of the biggest mid-major transfers. He is undersized for the Big Ten, but his skill set and playmaking ability will counteract that. This addition for Mark Turgeon vaults Maryland up early Big Ten rankings.