What you don’t know about Wagner Basketball Star Alex Morales 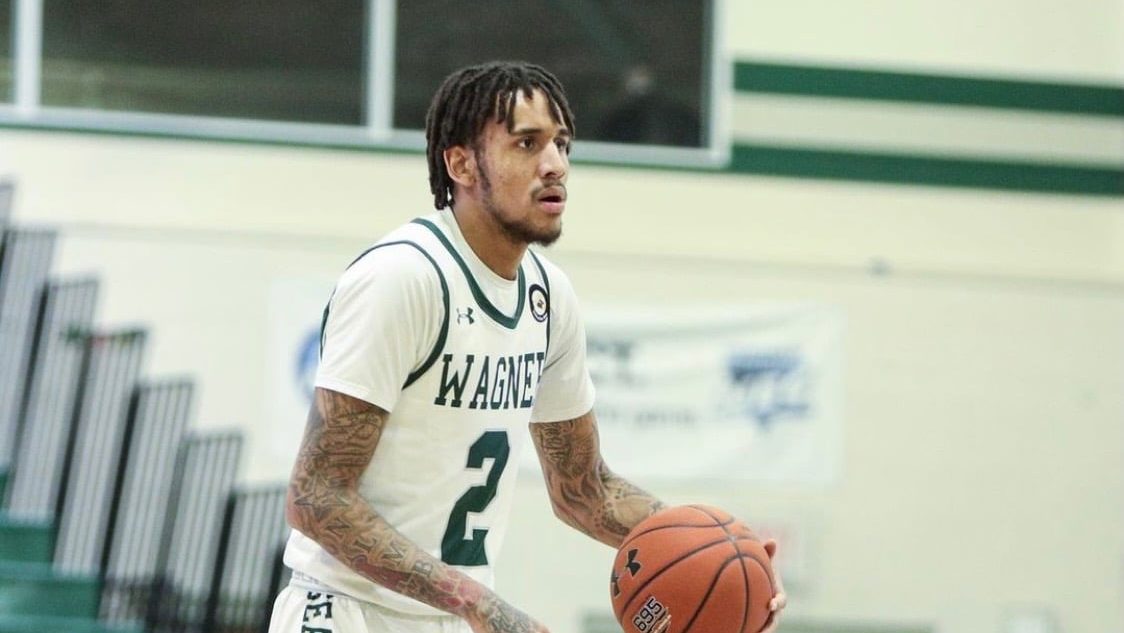 Alex Morales won the 2020 NEC Player of the Year Award after a terrific season for Wagner basketball. There’s a lot more to his story than just one award.

The challenges of being a student-athlete are endless. The athlete part is like a job in itself. Classes, homework, and studying make it an unofficial double-major – all with no pay.

Some athletes choose to add even more to the plate. Serving on an athlete council, focusing on future career goals if basketball doesn’t work out, or even just working that extra mile outside of practice and it can be a full week’s worth of activities for student-athletes each day.

“It’s extremely difficult. It’s hard on the mental,” said Alex Morales, who carries an extra load on his back as the star for Wagner basketball.

Oh, before I go any further, let’s rephrase that quote.

“It’s extremely difficult. It’s hard on the mental because I’m away most of the time, but his mom, my parents, everybody, does extremely well with helping me stay in touch and connected to everything,” said Alex Morales, Wagner basketball star and father of four-year Kaiden Morales.

Morales has had to take care of his son – mostly with the help of Kaiden’s mother and the help of parents – throughout the last four years of his collegiate basketball career. It started with a two-year pit stop at Prince George’s Community College before he made the transition to Division One at Wagner.

Morales’ cluttered stats are comparable to his cluttered life. And all of that is a good thing. He’s a triple-double machine and wouldn’t trade anything in the world for Kaiden. But it’s a lot on the plate of a student-athlete to manage it all.

“I was never really the type to go talk to God or anything,” said Morales. “Playing college basketball actually, was the reason I opened up and needed to because God is good.”

Morales says being able to talk to God helps tremendously. The ongoing collision between being a good father and being a good player is what brought Morales to God. Now, he makes sure to keep his faith as a focus.

Faith in his teammates is what sets Morales apart on the court.

What Alex Morales has meant to Wagner basketball can hardly be summed up. He helped lead the Seahawks to a 13-7 (13-5 NEC) record this season. That’s the best winning percentage in four years and one of the ten best conference records in Wagner’s 49 years as a program.

As the go-to guy on offense, Morales isn’t just about scoring. “(Passing’s) the most fun part of basketball for me,” Morales says. “I like to pass and I like to see my teammates succeed.”

In a game against LIU this year, Morales had 14 assists. That’s tied for the 10th most in a single game in Wagner basketball program history. But it isn’t just all about Morales’ faith in his teammates. It’s a mutual faith, and he backed up why down the stretch.

Morales finished with just 10 points in the game, which would be one of his lowest points totals on the season. Tied at 74 with just three seconds on the game clock, the NEC Player of the Year backed up that title, crossing over to his left hand and hitting the game-winning jumper from the left elbow. He made the play when it counted, proving why faith is real.

God and Wagner first, not Morales.

The unselfishness of Morales shows up on the court, but he’s not doing it for himself.

“I need to show Him that I need to take Him every chance that I get. I have multiple tests that symbolize the faith and my belief in God,” says Morales.

He’s arguably passed those tests as well as any student-athlete with a four-year-old son could.

And it’s not stopping there either. For the unselfish player he is, Morales can’t just keep his infalliable secret to himself.

Now you know what you should about Alex Morales.