March Madness: From First Four To Elite 8 for UCLA Basketball 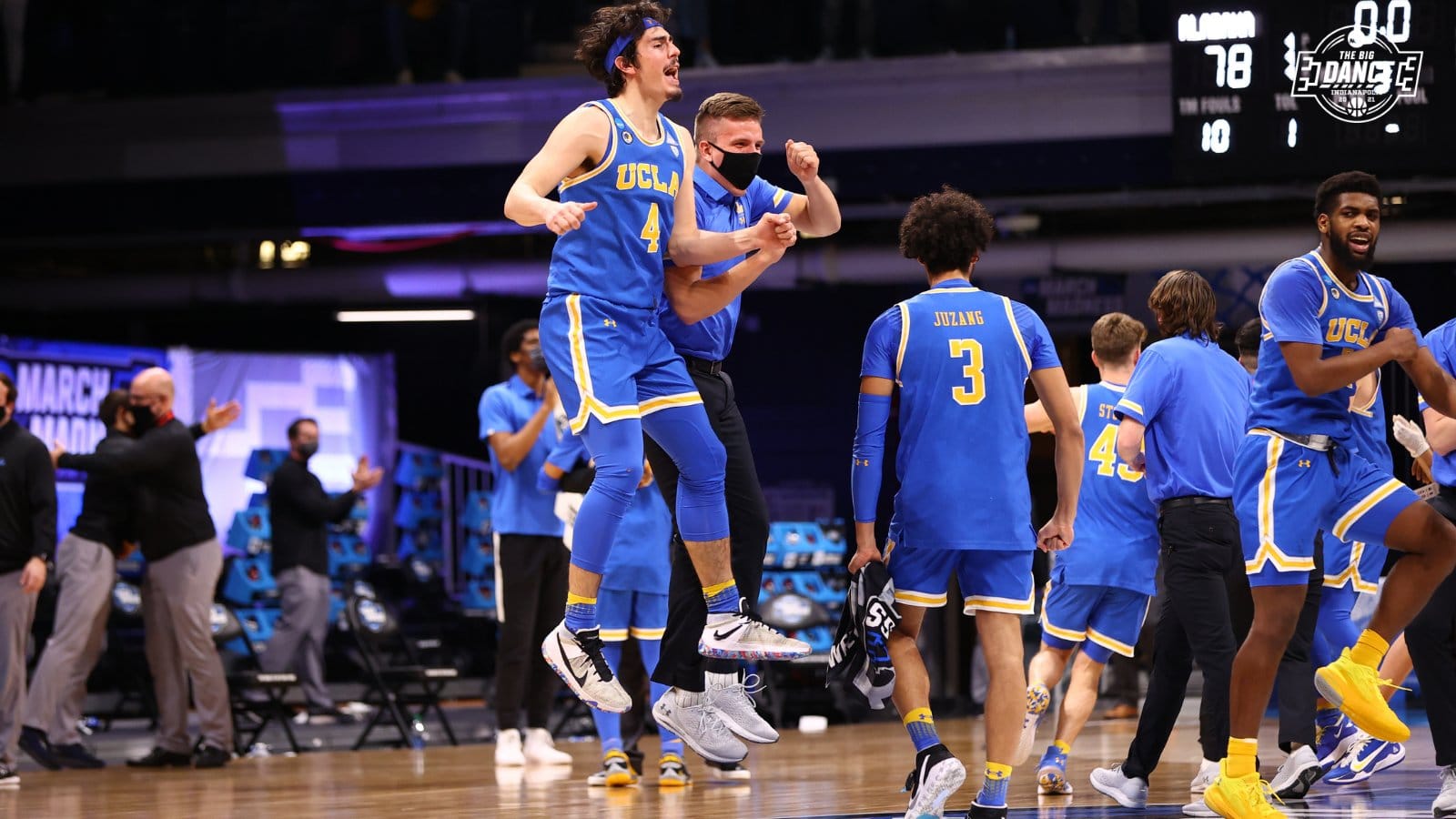 UCLA basketball upended Bama in overtime, to advance to the Elite 8.

In a game of runs, it was the 11th-seed UCLA Basketball Bruins that had the last run and the last laugh as the Bruins outscored second-seeded Alabama 23-13 in overtime to advance to play Michigan in the Elite 8 on Tuesday night. Alabama’s Alex Reese forced the extra session with a 30-foot three-pointer with 0.4 seconds left in regulation. It was the second overtime win of the tournament for UCLA, who needed an extra session to beat Michigan State in their first game.

You would think the team that forced overtime would ride the momentum into the extra session. Many times that is not the case. This was one of them. Despite the body blow that was the Reece three-pointer, UCLA scored the first seven points of overtime to take control of the game. They would score 23 points in the extra session, all without leading scorer Johnny Juzang, who fouled out in regulation. But, Jaime Jaquez Jr. and David Singleton set the tone in overtime with early baskets. Vazquez and Jules Bernard led UCLA with 17 points.

2) UCLA Basketball Has Last Run in OT; Leads to Win

Usually, in a game of runs, it’s the team who makes the last one who wins the game. That was the case as UCLA (21-9) started overtime with a 7-0 run and never looked back. UCLA’s other big run came at the end of the first half as the Bruins went on a 20-4 scoring spree t take a 40-29 lead into intermission. Alabama is known for its runs too, and that’s not just on the football field. The Crimson Tide started the second half on an 11-0 run to tie the game. Then, after they fell behind 49-42 they went on a 9-0 run to take the lead. The game was a back and forth affair until the extra session.

3) Alabama Can Look to Free Throw Performance for Early Exit

Alabama (26-7) was a very solid free throw shooting team all season. However, in the biggest game of their season, their sweet strokes from the charity stripe spelled their downfall. They made only 11 of their 25 attempts for the game. Herb Jones, a 75% free-throw shooter, missed two shots with the game on the line trailing by one with six seconds left. They also made only seven three-pointers, well below their seasonal average. Alabama made 16 in their round of 32 win against Maryland.

UCLA Basketball becomes only the second team to advance to the Elite Eight after playing in the First Four. The 2011 VCU Rams were the other and that Shaka Smart team made the Final Four. UCLA will look to join them when they play Michigan Tuesday night. The Bruins reached the Elite Eight for the first time since 2008. The win was also the Pac-12’s 11th of the tournament.