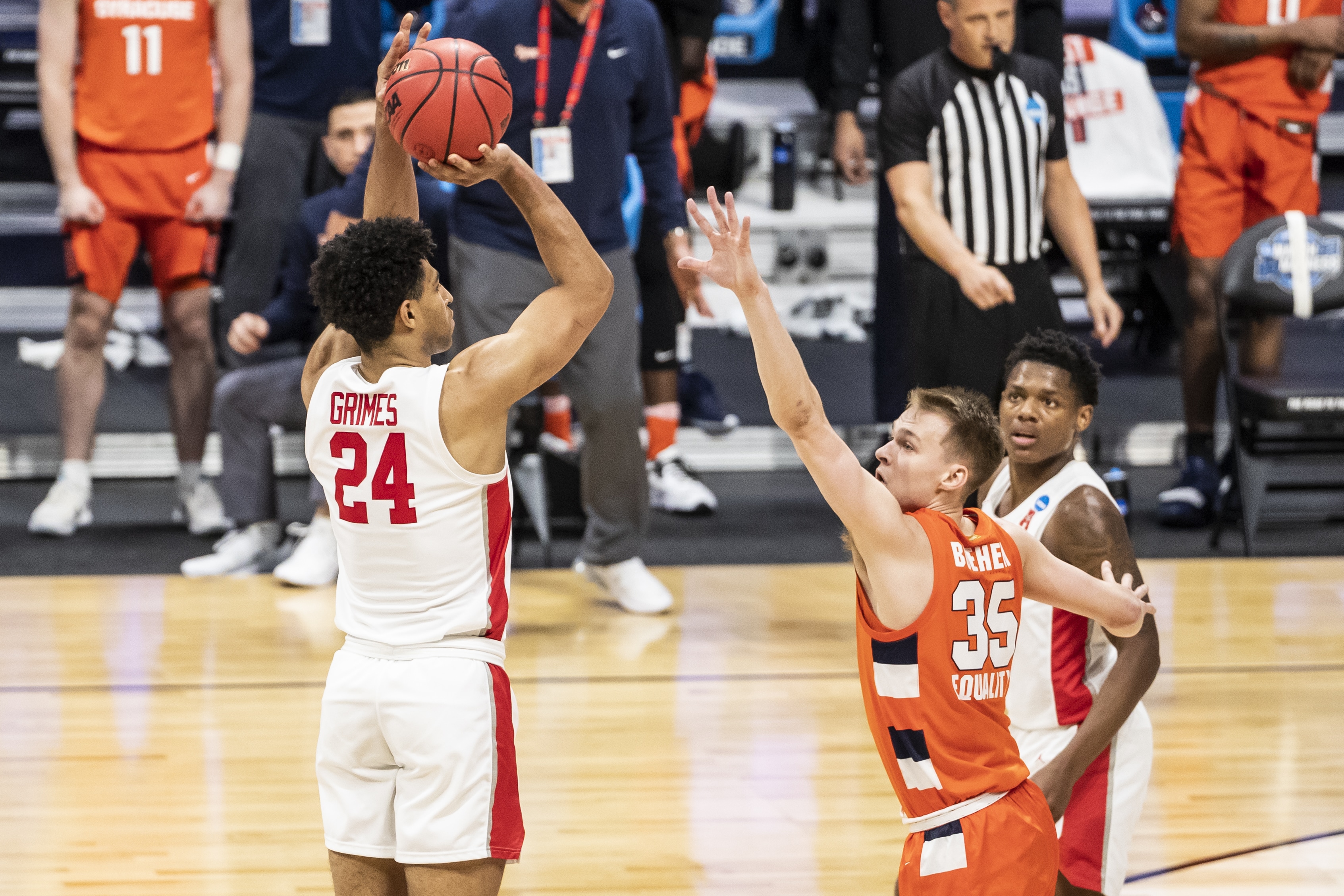 Houston basketball used defense to shut down the Orange.

In a game that started as a back and forth, Houston basketball was able to separate in the second half of the second half. The Cougars won over the Syracuse Orange 62-46. Houston basketball built a lead by causing turnovers, ball movement, clutch shots, and ball movement. Quentin Grimes finished the game with 14 points, four rebounds, one assist, and three steals. Justin Gorham had a surprising 13 points, 10 rebounds, and two assists. Marcus Sasser was the last double-digit contributor adding 12 points, four rebounds, two assists, and four steals.

I've said it before and I'll say it again: The job that Kelvin Sampson has done at Houston in the AAC feels comparable to the job that John Calipari did at Memphis in Conference-USA.

Syracuse basketball could not get in done in their final NCAA Tournament game of 2021. Buddy Boeheim being such a solid piece of this team, could not find any help or another player to go to. Buddy Boeheim finished the game with 12 points, six rebounds, one assist, and two steals. His only help came from Joseph Girard, who added 12 points, one rebound, and one assist.

The Orange finished the night shooting 28% from the field, 21.7% from the 3-point range, and 76.5% from the charity stripe. The numbers that really stand out for me for Syracuse basketball were five assists on 14 made shots but 50 shots taken. The other one that is surprising is only three steals. With the zone and the issues that it caused Houston basketball, I figured it would have been more of an issue.

In March Madness, these two teams had two very different seasons. Houston basketball is known for the defense, offensive rebounds, and second-chance opportunities. Houston had an excellent season finishing second in the American Athletic Conference because of more key losses behind Wichita State. The Houston Cougars finished the regular season 24-3.

As for Syracuse basketball, the team finished 8th in the Atlantic Coast Conference. The team was behind a couple of NCAA tournament teams in Florida State, Virginia Tech, Georgia Tech, Clemson, North Carolina, and Louisville. This team is in a very talented conference and had no bad losses, but the star for the Orange is Buddy Boeheim. A Hall of Fame coach’s son that averages 18.0 points, 2.5 rebounds, and 2.6 assists. In this Tournament, he is averaging 27.5 points and is the offensive spark for the team.

Everybody gets a touch for @UHCougarMBK! 👏

Syracuse basketball has done a solid job in the first half forcing Houston basketball to take tough shots and even run the shot clock. However, the Orange need to remain diligent on the zone and commit. When the team is giving help, the quickness and not returning to the spot based on the ball movement have been issues. Syracuse basketball needs to keep two on one and stay near or block off Cougar players. Doing this, the Cougars will have to continue to shoot the 3-pointer instead of crashing the glass. This is another area that Syracuse needs to focus on, and when they inserted Jesse Edwards, his length caused some issues with the ball movement for Houston basketball. Ideally, the zone defense will help Syracuse basketball have more potential steals and easy points for the offense. The first half was tough for the Orange as they show 25% from the field and 10% from beyond the arc. This Syracuse team will need to continue to drive the ball and force the Cougars into foul trouble as the Orange shot 77.8% from the free-throw line making 7-of-9.

For Syracuse basketball to continue to succeed in March Madness, Buddy Boeheim needs to have someone else keeping defenses honest. The Orange needs to continue its onslaught of the paint. Getting to the free-throw line and finding open shots for Boeheim as Houston basketball slides in to help on the driving player. Creating good shots and looks, Coach Kelvin Sampson will have to change his game plan, which has limited Boeheim and forced other players to beat him.

The key for Houston basketball continues to be ball movement. This team is not the tallest, but it creates good hosts by moving the ball well. This ball movement creates wide-open threes, easy putbacks, or Alleyoops. With Syracuse basketball’s size in the paint, the team will have to find ways to scores. Quentin Grimes and Marcus Sasser will have to find their strokes to continue to build the league and separate from the Orange. Another huge part of the ball movement is how aggressive Houston basketball continues to be in the lanes allow for transition points for the Cougars.

When a team (Cuse) has ZERO fastbreak points—you know that was a big part of the defensive game plan for @UHCougarMBK . Everywhere Kelvin Sampson has coached-defense has been the priority. Syracuse was one of the hottest offensive teams in the country. Staunch defense travels. pic.twitter.com/OkLFMfpvNG