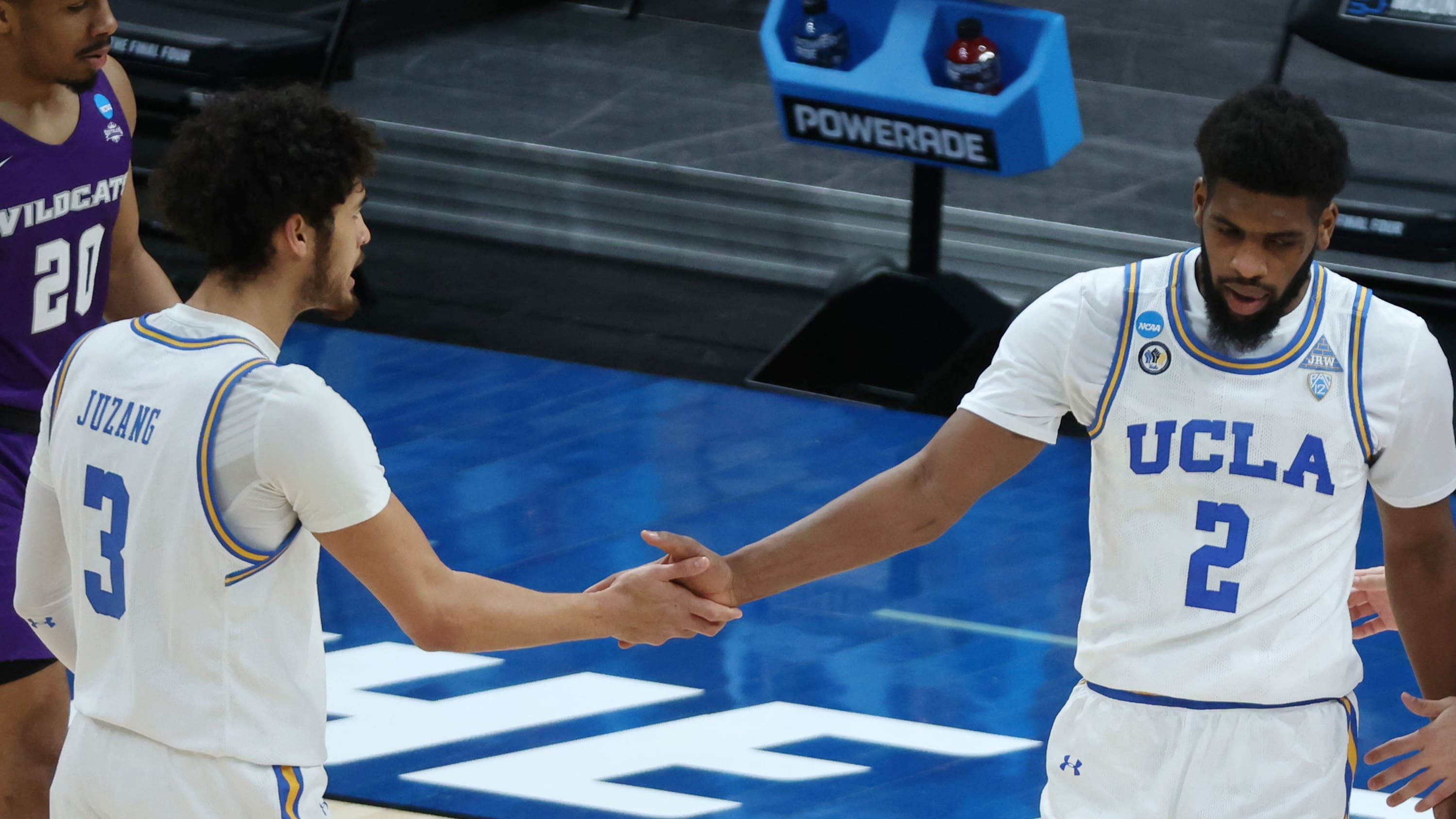 UCLA becomes the fourth team in tournament history to advance to the sweet sixteen after playing in the first four.

UCLA continued to stay hot against Abilene Christian with a 67-47 win. The Bruins shot 46.6% from the field, and knocked down seven threes in route to a blowout win. UCLA also corralled 42 rebounds, and held Abilene Christian to 21.1% from the three-point line and 29.8% overall. The Bruins were led by Johnny Juzang who had 17 points, Jaime Jaquez with 10 point and 7 rebounds, and Cody Riley had a double-double with 12 points and 12 rebounds.

Abilene Christian’s cinderela run is over, but their first win in NCAA tournament history over Texas will be remembered forever. The Wildcats offensive struggled significantly against UCLA where they only put up 21 points in the first half. The game was out of hand after UCLA came out in the second half on 16-4 run. Abilene Christian was led by Mahki Morris who had 14 points. The Tigers key performance in round of 64 came from Joe Pleasant, but he only had 3 point on 1 of 9 shooting.

The Bruins have been on a role since their first-round exit in the Pac-12 tournament winning three straight games. Juzang has been the story for UCLA as he is averaging 23.3 points per game in 3 tournament games. UCLA is also getting significant contributions Jules Bernard, who has been stepping up since the Bruins lost their top player Chris Smith. Bernard has been a key player for the Bruins, averaging 16 points per game and being a major presence on the defensive end. His ability to fill in for Smith has allowed the Bruins to make a deep run in the tournament. This team has the ability to be the second team to make it to the final four from the play in game since VCU did in 2011.

2) It’s the Conference of Champions Year

The Pac-12 is now 7-0 in the tournament, with three teams securing their spot in the sweet sixteen. The conference of champions has shocked the college basketball world with the amount of success each team has had so far. The Pac-12 has the chance to get all five teams into the sweet sixteen, if USC and Colorado can win their games. UCLA has one of the harder paths to the final four, with Michigan and Alabama still alive, but the offensive and defensive efficiency shown by the Bruins makes them a legitimate contender.

3) Abilene Christian is on the rise

The Tigers won their first game in the NCAA tournament after recently transitioning from Division II to Division I. The Tigers could return a majority of their roster due to NCAA not counting this year as part of their eligibility, and the experience from this tournament will help them in the future. Pleasant will be looking to have a breakout year, looking to build on averaging 10.8 points per game. Remember Abilene Christian when they return to the tournament next year.