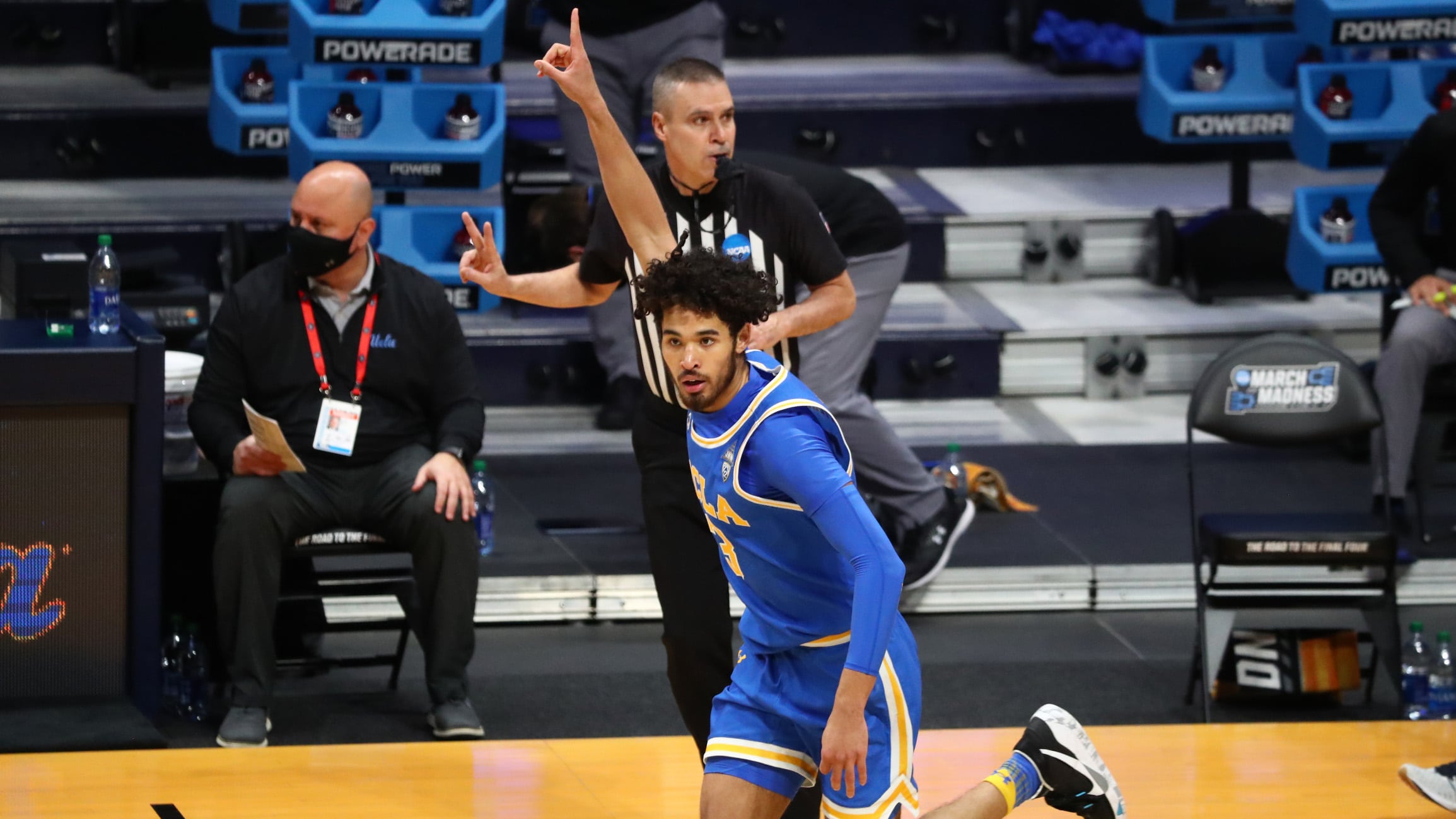 The NCAA Men’s Basketball Tournament committee placed UCLA basketball in the First Four, barely making the field. Well, the Wizards of Westwood have proven their seeding may have been misguided with a pair of wins, the latest of which was a wire to wire 73-62 win over 6th-seeded BYU on Saturday night.

How about this guy, on Saturday night?

Juzang followed up a 23-point outburst in the UCLA Mens Basketball First Four win over Michigan State with a game-high 27 points in the win over BYU. He joins some pretty elite company in Lew Alcindor and Reggio Miller as the third UCLA player to score 20 or more points in his first two NCAA Tournament games.

Juzang was one of three Bruins to reach double figures in the win. Jules Bernard added 16 points while Jamie Jazquez added 13 points and eight rebounds. Five of Bernard’s 16 points came on back-to-back big buckets to quell a Cougar run in the second half. In fact, Juzang (3), Jazquez (2), and Bernard (1) totaled six of the Bruins eight three-pointers. UCLA improved to 16-3 when they make six or more three-pointers. They made six in the first half against BYU. On the flip side, BYU averaged nine three-pointers per game in 2020-2021, yet only made three against UCLA.

UCLA’s win, along with wins by USC and Colorado on the court, and a forfeit win by Oregon (over VCU who had multiple Covid-19 positive tests) improved the Pac-12 to 6-0 through the first 36 games of the tournament. Oregon State joins the other four Pac-12 teams advancing to the second round.

UCLA has a chance to make its stay in Indianapolis longer when they face upstart Abilene Christian, who upset Texas in the final first-round game late Saturday night. Their game will tipoff Monday at 5:15 pm.