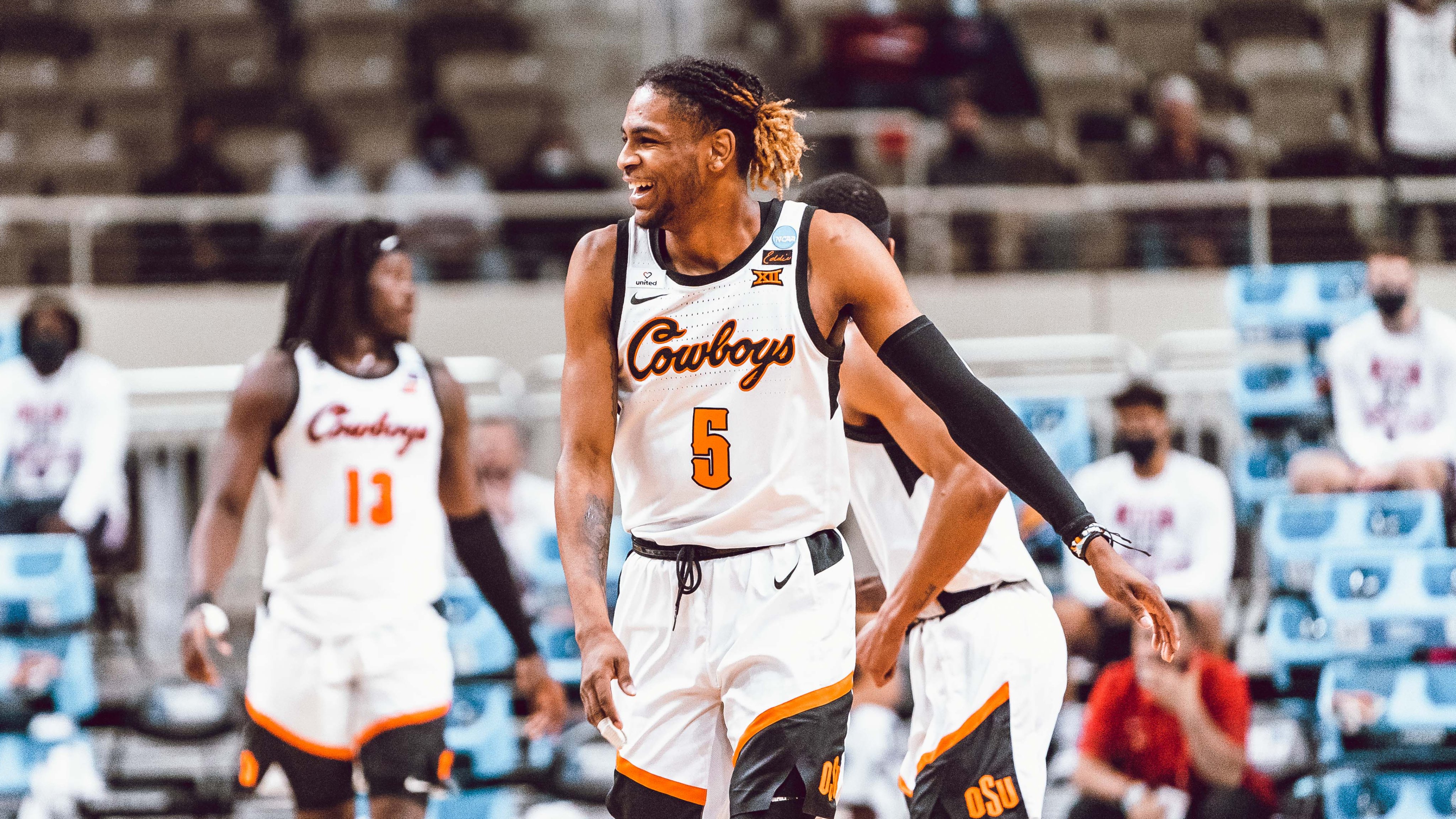 Oklahoma State basketball was trailing after the first half but put together an impressive second half to move past the Flames into the Round of 32.

Avery Anderson III led the Cowboys with 21 points but made his biggest impact on the defensive end with four steals. Cade Cunningham struggled all night but still finished with 15 points and five rebounds.

For Liberty, it was a team effort, with four Flames scoring in double-figures. Elijah Cuffee led the pack with 16 points and also had a team-high four assists.

The Cowboys hadn’t won its first game in the NCAA Tournament since 2009. Coach Mike Boynton also hadn’t won a single tournament game with Oklahoma State in his four-year tenure.

Sometimes, getting that first win can be the giant step forward that’s needed. Oklahoma State got that done, and even though it wasn’t pretty, they can rest on the fact that they got the win and are moving on.

They’ll play Oregon State next in a battle against the two OSU’s (left in this tournament).

But before they even look ahead to Sunday, they’ve got to breath since Friday was a success.

2)  The Cowboys can win without Cade Cunningham being the hero

Oklahoma State needs Cade Cunningham to win this tournament, but they don’t need him to win games here and there.

Cunningham shot just 3-of-14 from the field and turned the ball over four times. But even with those struggles, Oklahoma State found other ways to win. Isaac Likekele had 10 points, six rebounds, and four assists to keep OK State on the gameplan.

Anderson made big shots when it was needed and provided offense that Cunningham didn’t provide.

And above all else – they defended. It was just the first time all season Oklahoma State scored under 70 points and still came away with the win. It couldn’t have come at a better time.

3) Liberty turned the game over to Oklahoma State

The Flames had their chances but didn’t take advantage.

18 turnovers destroyed any serious chance Liberty had at pulling off an upset.

The Flames competed from the field, shot much better from three, and executed more freely on offense.

But with the turnover problem, Liberty wasn’t able to secure a controlling lead or get back into the game. It’s been a good few years for Liberty basketball, but ball control was a big reason why they’re not alive anymore this season.