March Madness: Oklahoma Defeats Missouri in Round of 64 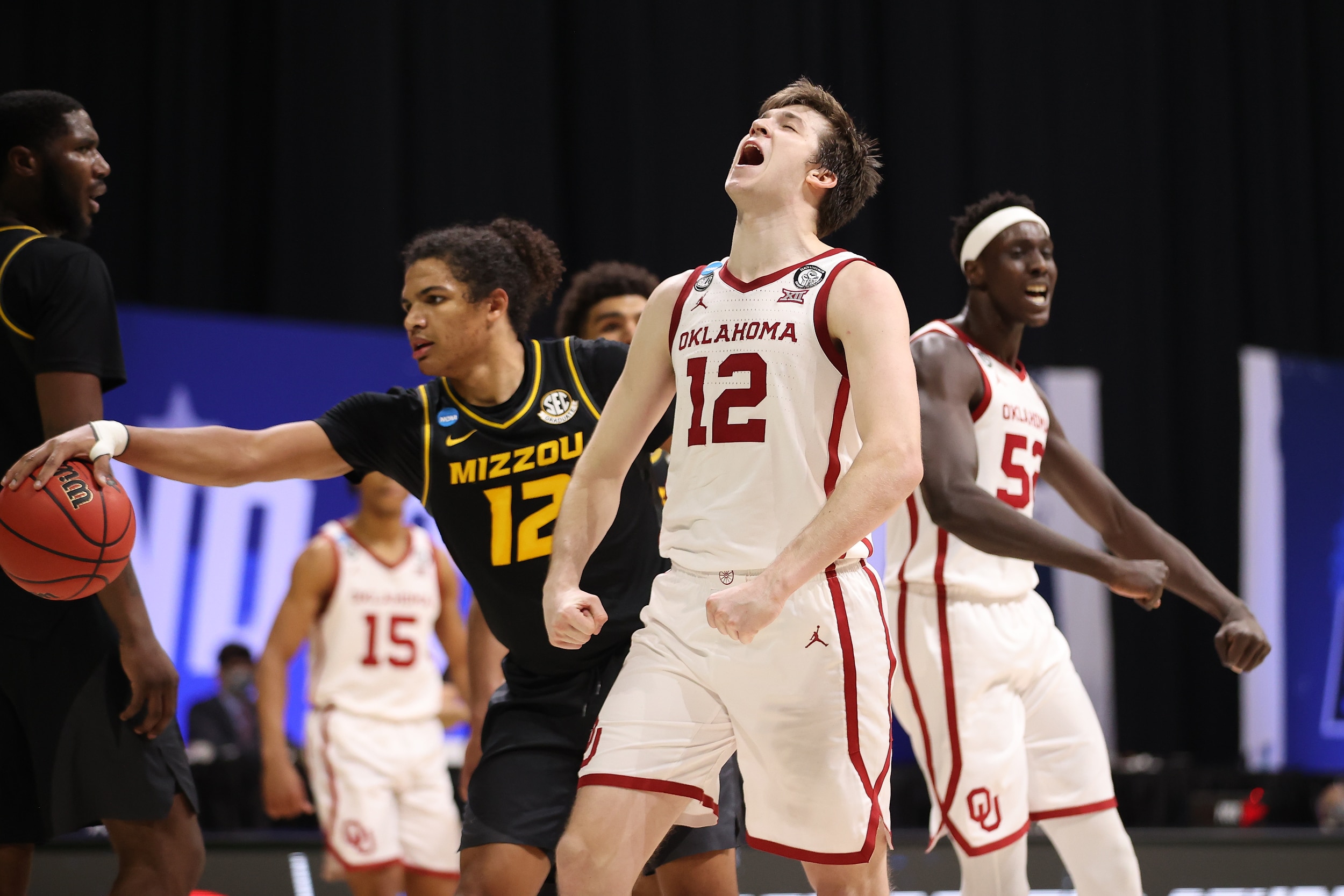 Oklahoma advances to the second wound with a gut-wrenching victory.

Oklahoma and Missouri were in a tight battle throughout the game with neither team being able to take a double-digit lead through the entirety of the game. Oklahoma found a late groove and was able to hold off a furious Missouri rally late to win 72-68 and keep the Big 12 perfect in the NCAA tournament thus far.

Despite being shorthanded due to Covid-19, Oklahoma performed just as they always do and improved to 6-2 when missing guys due to Covid this season. Austin Reaves led the way for Oklahoma with 23 points four rebounds and six assists. Brady Manek was a threat from deep finishing with 19 points while shooting 5-of-9 from behind the arc. Elijah Harkless stepped up big in the absence of De’Vion Harman by adding 16 points for the Sooners.

Missouri had one of their better offensive games especially from deep making 11 3-point baskets and shooting 41% from behind the arc. Dru Smith led the way for the Tigers with 20 points shooting 6-of-11 from the 3-point line. Jeremiah Tilmon was a force inside finishing with 16 points and 12 rebounds. Mark Smith added 11 points for the Tigers.

Oklahoma has dealt with issues from Covid as all teams have this season. However, for the Sooners, Covid hasn’t really seemed to affect the team’s play during games. Oklahoma has now won an NCAA tournament game and beat Alabama while dealing with players being unable to play due to Covid. They are now 6-2 in games where this has been in effect and will most likely have to play their next game in the same capacity. Oklahoma always seems to have someone ready to step up. Thye plays big minutes and contributes both on the offensive and defensive sides of the ball. What Oklahoma has been able to do with all these disruptions has been spectacular.

Oklahoma defends without fouling and also does a great job of forcing their opponents to guard without fouling. The Sooners finished the first half without sending Missouri to the free throw line. Throughout the entirety of the game, the Sooners found their way to the charity stripe 24 times. They put pressure on Missouri’s defense and on the officials to make the calls. By doing so the Sooners made more free throws than their opponent attempted which made a huge difference in a game that was played so evenly throughout the night.

Playing Tough Inside the Paint

Missouri is not a strong perimeter shooting team. Their strengths come inside the paint with Jeremiah Tilmon and their ability to drive to the basket. The Sooners do not have a strong inside presence but in a game, with so much meaning they were able to find a way to equal the Tigers on the inside. Both teams score 22 points in the paint and the Sooners were able to stay within five in the rebound battle. Oklahoma also used their opportunities better by outscoring Missouri in second chance points despite having two fewer rebounds.