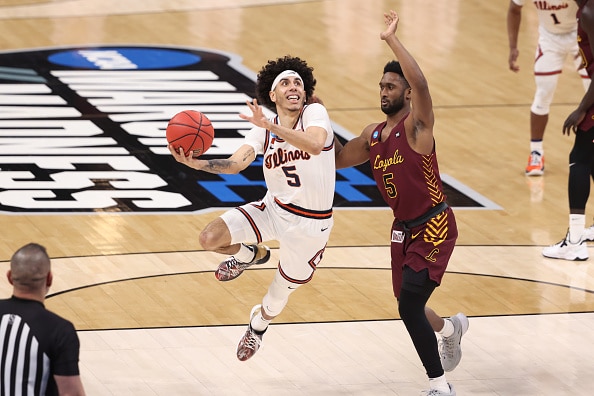 Death, taxes, and Loyola Chicago basketball making a March Madness run. The final four sweethearts of three seasons ago got one step closer today, taking down 1 seed Illinois in a battle of Illinois 71-58. Loyola Chicago will head to the Sweet 16 and take on the winner of Oklahoma State and Oregon State. Here are the three takeaways from this game.

1) Cameron Krutwig is the most underrated player in the country

It is hard to call an All-American underrated, but Krutwig somehow has fallen into that category. He will now get the credit he deserves after putting on a show in this game. The center finished with 19 points, 12 rebounds, 5 assists, and 3 steals in this game. He completely controlled the game on offense, tipping in alley oops, showing off his variety of post moves, and grabbing offensive rebounds. Despite the stat sheet, he completely outplayed another All-American in Kofi Cockburn and just looked incredible. With him on the court, the sky is the limit to how far this Loyola Chicago basketball team can go.

Ayo Dosunmu has been regarded as a top 3 player in the country throughout the season. Today, when the lights were on him, he faded away, scoring only 9 points and finishing with 6 turnovers. Loyola Chicago deserves credit for playing great defense, but as a high level player Ayo should still be able to control the game. This was most likely his last college basketball game of his career and it’s a pity it ended this way for him and all his fans.

3) Porter Moser’s phone will be ringing nonstop this summer

The Loyola Chicago coach has proven how elite he is in the tournament, and it might be time that he jumps from the mid-major level to the Power 6. He has now taken Loyola Chicago to a final four and at least a Sweet 16 the last four seasons and has done an incredible job developing players. With a ton of high level head coaching spots available, teams should do what they can to get Moser as their new head coach.