March Madness: Colorado Basketball Blows Out Georgetown in the Round of 64 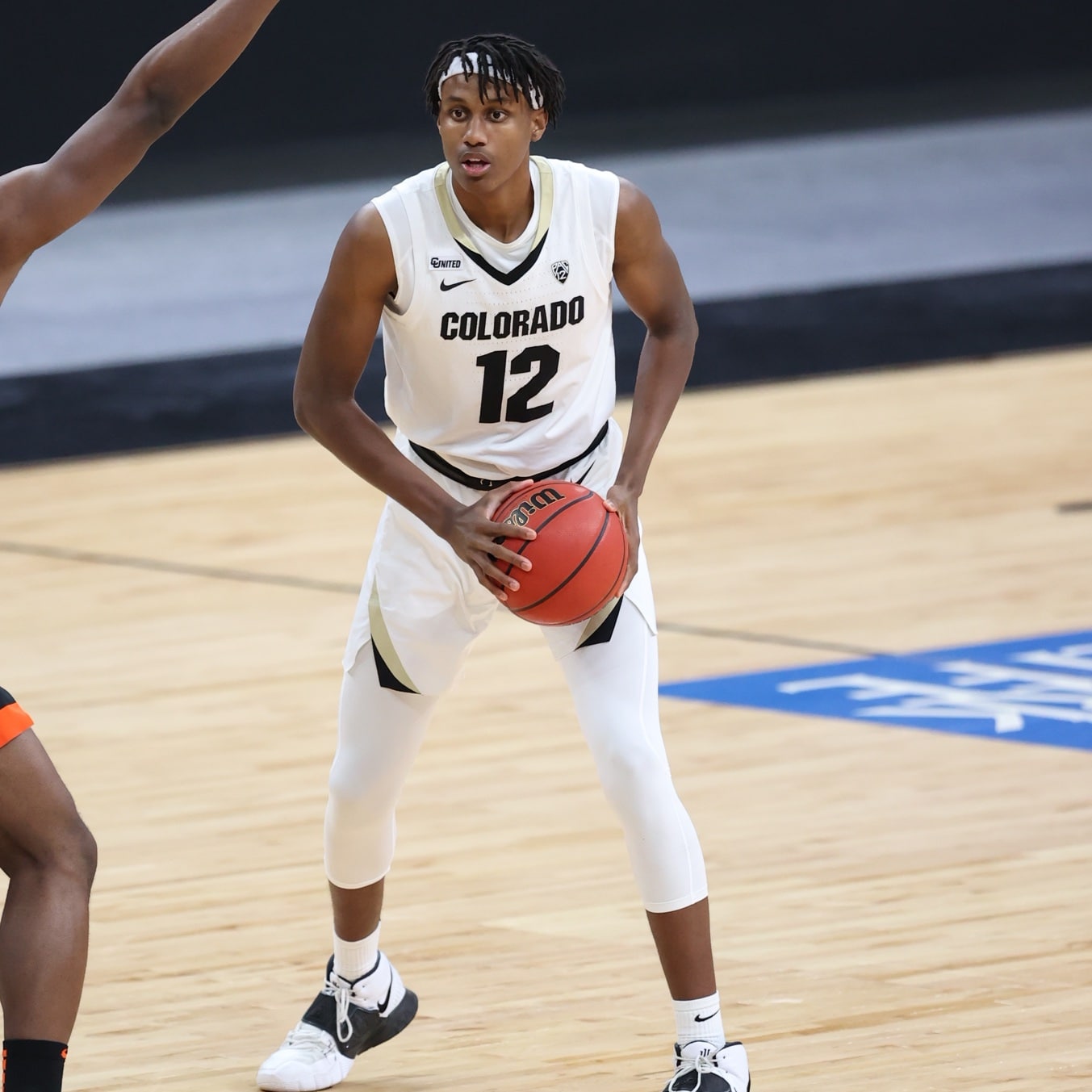 Colorado basketball toyed around with Georgetown to advance.

Colorado basketball had their best offensive game of the year, as it led them to an 96-73 win over Georgetown. The Buffaloes recorded their season high in total points, surpassing their previous game high of 92. McKinley Wright IV recorded the most assists in Colorado tournament history with 13, while also contributing 12 points for a double-double. Jabari Walker and D’Shawn Schwartz stole the show for Colorado as they each had five three pointers. Walker went 5 for 5 from the three-point line and had a team high 24 points. Walker averaged only 7.3 point per game during the season, but found his rhythm to help Colorado advance. Schwartz went 5 for 7 from the three-point line and had 18 points. Colorado’s 16 three pointers are a program record for made threes in the tournament.

Georgetown was unable to overcome Colorado’s record setting day, which ended their four-game win streak and cinderella run. The Hoyas had four starters reach double figures, but were never really in the game. Qudus Wahab recorded a double-double with 20 points and 12 rebounds. Jahvon Blair was disappointing, scoring five points on 2 of 6 shooting from the field and he was severely under his scoring average. The Hoyas incredible run in the Big East tournament will not be forgotten, but they played like the .500 team they were all season.

Colorado put a show on today against Georgetown, and they should be considered a dangerous threat in the East Region. If Colorado is able to continue their efficient shooting from the three-point line, they could be the East Region representative in the final four. Colorado’s shooting performance will be hard to replicate in their next tournament game, but the Buffaloes need to continue getting contribution from role players to help Wright IV. Colorado was able to shoot 64% from three and 60.7% overall, which help them dominate the game from the start.

To put it simply, Georgetown was outplayed today. The Hoyas lacked the ability to defend the three-point line, which cost them the chance to keep the game competitive. The game was out of hand within the first couple of minutes, and Georgetown was never able to put a run together to get back into the game. The Hoyas ran out of luck today as Colorado was able to expose their poor defense. It was a nice run for Georgetown as they won four straight games in the Big East tournament to get a chance to play in the tournament, but their journey ends with a first round exit.