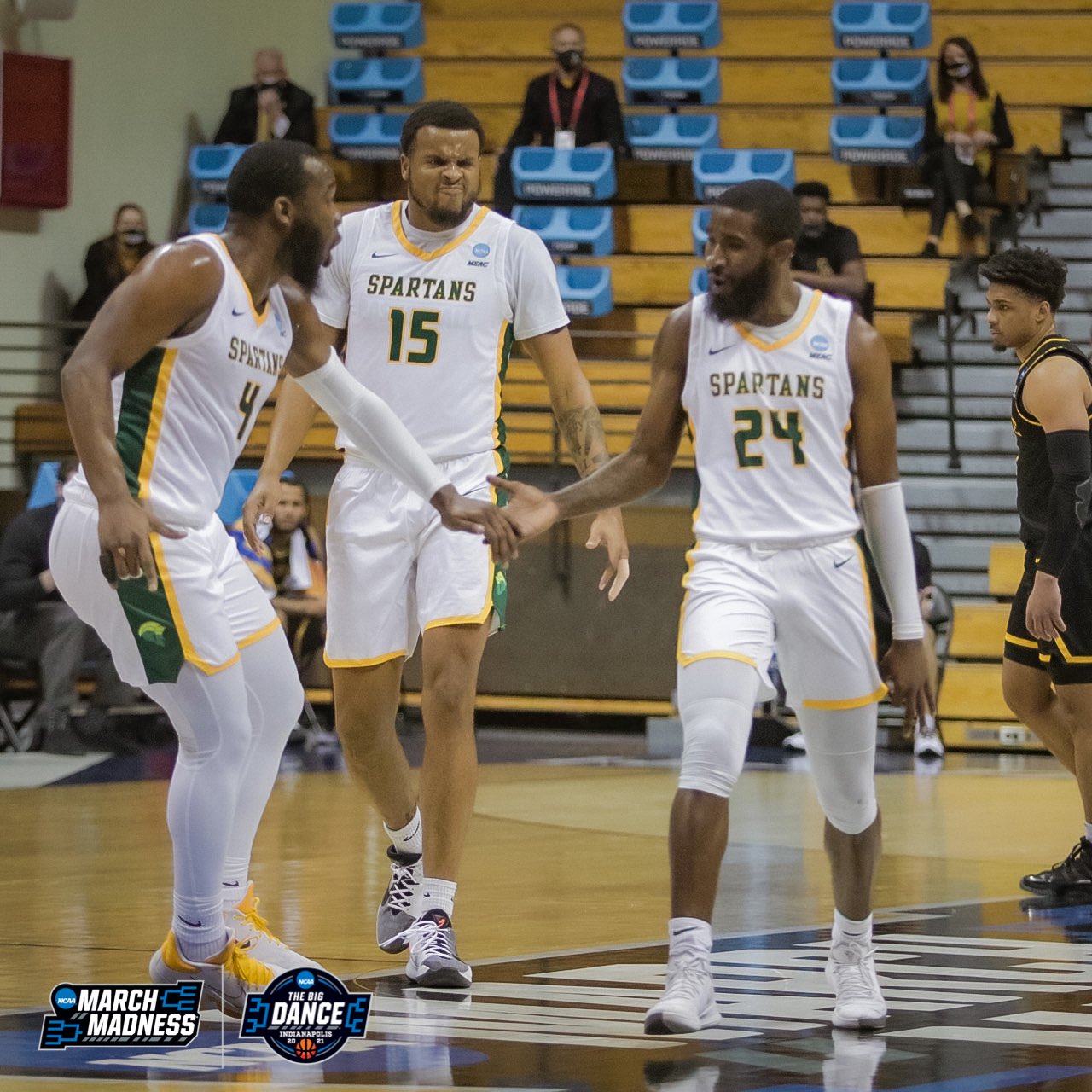 This NCAA first-round game was a game of runs. Norfolk State jumped out to a 36-20 halftime lead courtesy of a 15-0 run. App State returned the favor with a 26-4 run that turned a once 19-point deficit to a four-point lead at 49-45. That App State run included a 16-0 spurt topping the Norfolk State Basketball run by one point. However, the most important run was the 9-4 spurt by Norfolk State to close the game and set up a date with top-seed Gonzaga Saturday night.

The Spartan run is now 12-0, as Appalachian State hasn’t scored in 6 minutes

App Sate shooting 20% this half

Led by a career-high 24 points from Jalen Hawkins, 20 of which came in the first half, it was the bench that sparked Norfolk State to its one-point win. Hawkins made all four of his three-point attempts in the first half. The bench points were needed as the Spartans received only four points from leading scorer Devante Carter. Norfolk State’s bench outscored the starters 29-25 for the game. However, Carter stepped up in the clutch making two free throws with eight seconds left in the game to take the lead for good.

Jalen Hawkins has 16 of @NSUSpartans’ 27 points so far. These are without a doubt the coolest two @WTKR3 #MarchMadness https://t.co/bhtsl15OeL pic.twitter.com/XZ5sGt3Uku

App State had won games when trailing at halftime this season. That was the most among Division I NCAA teams. They were on the verge of adding one more come-from-behind win, however, they could not hold on to a four-point lead and their final two scoring chances didn’t hit the rim. App State was not helped by their long-distance shooting as they missed their first 19 shots from behind the arc. Justin Forrest led the way for the Mountaineers with 18 points. He had a chance to send App State to the next round but his shot at the buzzer fell short.

Norfolk State improved to 17-7 on the season and advanced to play top-seed Gonzaga in the second round on Saturday, March 20 at 9:20 pm.

App State sees its season come to a close with a 17-12 record.