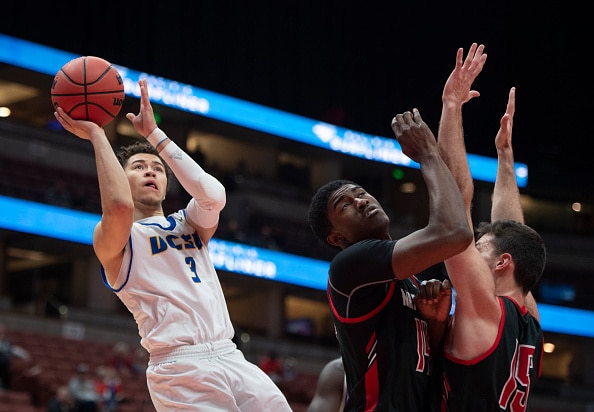 UC Santa Barbara gained control in the second half to run away with the Big West Championship 79-63 over UC Irvine. Big West Player of the Year Jaquori McLaughlin led all scorers with 22 points for the Gauchos. Miles Norris finished with 19 points and Amadou Sow added a double double with 13 points and 11 rebounds.

Collin Welp did all that he could for UC Irvine but his effort was not enough to take the Anteaters to the NCAA tournament. Welp scored 22 points to lead the way for Irvine while DJ Davis added 11 points.

For the fifth time in program history, the Gauchos are heading to the NCAA tournament. This is the first NCAA tournament appearance for UCSB since 2011. The Gauchos have a 1-5 record in the NCAA tournament all-time winning a game as a No.9 seed in 1990. UC Santa Barbara is likely to be seeded as a 12 or 13 and will pose a threat to any competitor as an upset pick. UCSB looks to enter the tournament with the sixth-best winning percentage of all competeitors.

The Big West Player of the Year showed up big time for the Big West championship game. McLaughlin scored a game-high 22 points shooting 4-of-7 from behind the 3-point line. McLaughlin is a big part of the Gauchos success this season and will be a big piece if UC Santa Barbara can make some noise in March.

3) Running away in the Second Half

A one point game at halftime quickly changed in favor of UC Santa Barbara as they did everything they needed to to gain control. The Gauchos shot over 50% from the field after the break wile also going 5-of-11 from deep. UC Irvine had no answer for McLaughlin and Miles Norris.