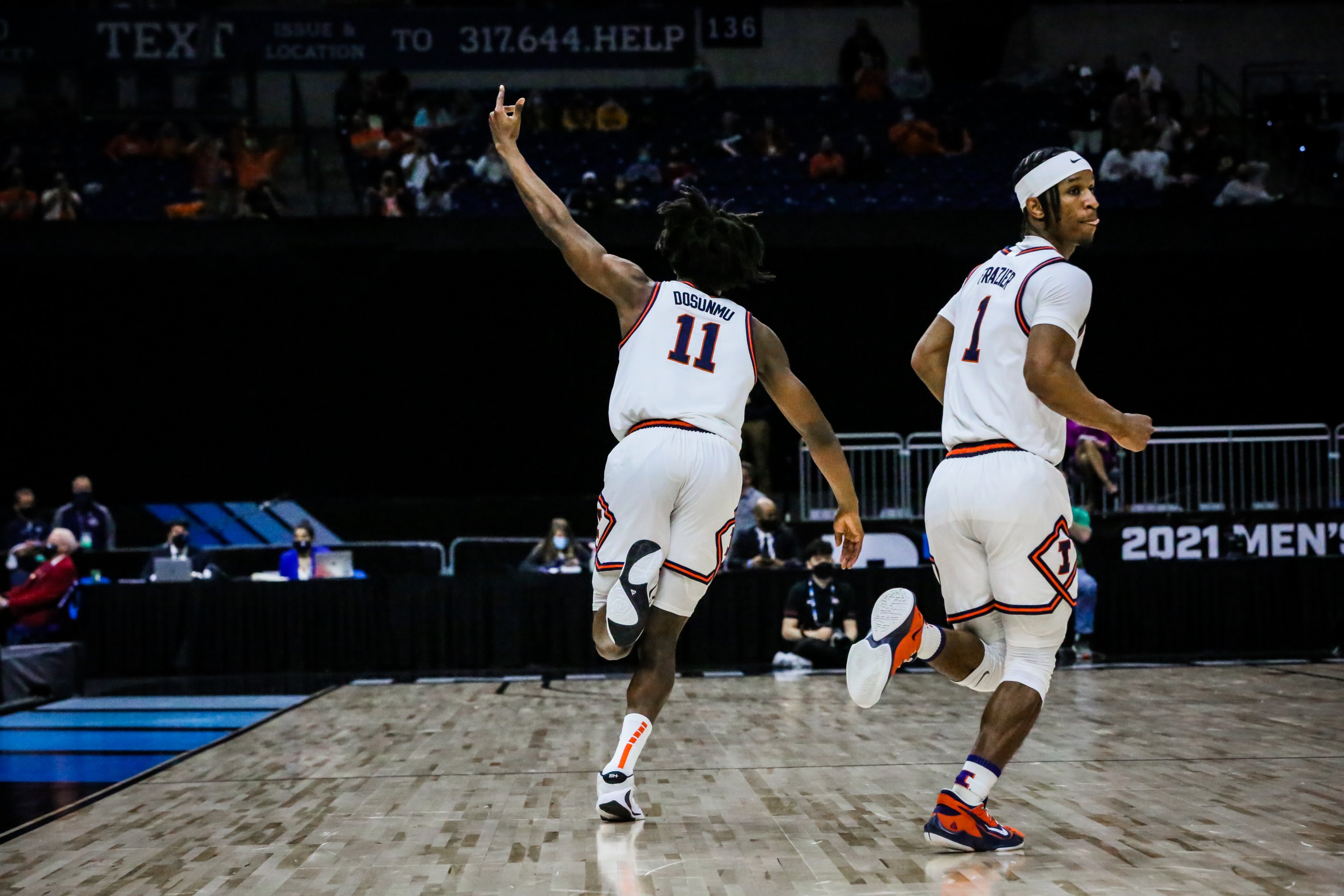 Indianapolis, Indiana – It was a game where the usual Goliaths of the Big Ten met to battle for supremacy. Teams like Michigan, Michigan State, Indiana, Wisconsin, and Purdue….. but this year it was a changing of the guards. The Big Ten Championship has proved to be a meeting ground for future final four participants. Michigan, Illinois, and Iowa gained the top seeds this year while the Buckeyes of Ohio State came in fifth. But in March, two teams showed anything can happen. Illinois and Ohio State had one of the best championship game battles in the history of the Big Ten as they battled through regulation and overtime until the Fighting Illini came out on top as the victors, 91-88 in overtime.

The Buckeyes looked as if they were going to be run out of the arena by the smooth scoring Illini, but the trio of Duane Washington (32 points), EJ Liddell (12 points), and Justice Sueing (22 points) plus the bench play of CJ Walker (16 points) helped bring the Buckeyes back from 17 points and 11 points down to break even with Illinois at 77 with 23 seconds left in the second half. The Illini, having lost their lead twice, were kept composed and fought back against the resilient Buckeyes led by the scoring of Kofi Cockburn (16 points), Ayo Dosunmu (16 points), and Trent Frazier (10 points) who hit some deep timely threes in the second half to keep the Buckeyes at bay. The biggest help to the Fighting Illini today was the bench of Illinois that outscored the bench of Ohio State 41-22. Even playing a rotation of fewer players (OSU 10 players, Illinois 8) the Fighting Illini played valiantly worthy of their #2 season finish.

If the Big Ten Conference showed anything, it showed that they have enough firepower to possibly produce three or four teams in the final four. Critics all year have argued about which conference is better… the Big 12 or the Big Ten. Both conferences will have teams that will show up in Indianapolis ready to fight but it is interesting to know that Indianapolis is Big Ten country and the hosts will take special pride in making sure they are well represented in their bubble city. Especially Michigan, Iowa, Illinois and Ohio State.

The Fighting Illini were led by their big three in the Big Ten Championship but without the play of the Illini bench, I’m not sure we would be seeing Illinois as a number one seed in this year’s NCAA Tournament. The bench play of Illinois has been nothing short of spectacular and with the consistency of play they have been getting as of late, look for the Fighting Illini to make a run at the national championship.

Every year there seem to be stars that shine in the NCAA Tournament. This year should be no different, especially if the Big Ten has anything to say about it. Duane Washington and Ayo Dosunmu should provide the national television audience an introduction to their amazing repertoire of skills, athleticism, and basketball acumen. Dosunmu along with Kofi Cockburn are sure to make all Illini fans proud and help Illinois make a strong push for its first Final Four in quite some time. Duane Washington is a pleasure to admire as he weaves in and out of traffic attacking the basket. The Big Ten should have plenty of stars galore shining bright but Washington and Dosunmu should be two of its supernovas.