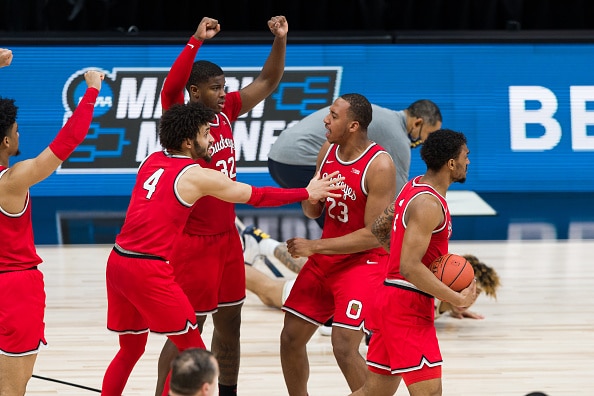 In arguably the best conference in college basketball, we saw four of the top ten teams in the country battle it out in the Big Ten Semifinals for a spot in the Big Ten Tournament Final.

In the end, Ohio State and Illinois advanced with 68-67 and 82-71 wins. The two teams will play each other tomorrow for the title, hours before finding out their seeds in this year’s NCAA Tournament. Here are the three takeaways from these games.

1) Michigan is a different team without Isaiah Livers

Michigan is 40-4 over the past four years in games where Isaiah Livers scores in double figures. https://t.co/qgLFn02uiC

This morning, it was announced that Isaiah Livers, a second-team all Big Ten member and a big reason for the Wolverines’ success will be out indefinitely with a foot injury. This proved to be a big difference-maker as they weren’t able to come away with the victory. Brandon Johns Jr., who started in place of Livers only had 7 points and 0 made shots. As the tweet below mentions, the inability to spread the floor now gave Ohio State an advantage on defense and played a big part in the win. Michigan will need to figure out how to overcome the loss of Livers, especially if he is out for the remainder of the season.

The major issue with no Livers on the court is that with Johns on the court, the paint is too congested for Dickinson to where he can’t go to work, while there’s not enough space for driving lanes.

2) Ohio State deserves a one seed if they win tomorrow

With Illinois beating Iowa, all the one seeds are locked except the last one. If Ohio State wins, they would have quality wins over Illinois twice, Iowa, Purdue, and Michigan. While Michigan has a better record, they haven’t beat Illinois, arguably the best team in the Big Ten. If Ohio State can win the arguably best conference tournament, they make a strong case to be on the one seed line, especially after beating the team holding that spot right now.

3) Kofi Cockburn is Illinois key to a championship

It becomes proven more and more every week that if Kofi gets in the post, it is impossible to guard him. At 7’0 and 285 pounds, his pure strength leads to a layup or foul every time he gets the ball, and on defense, no center can body him up, relying on them to find other more difficult ways to score. Today, he absolutely bullied a 6’11 265 pound Luka Garza on his way to a 26 point, 8 rebound performance. Even though Illinois has many other incredible players, including probable First-Team All American Ayo Dosunmu, they need to continue to feed Cockburn if they want to win games and eventually the NCAA Tournament.