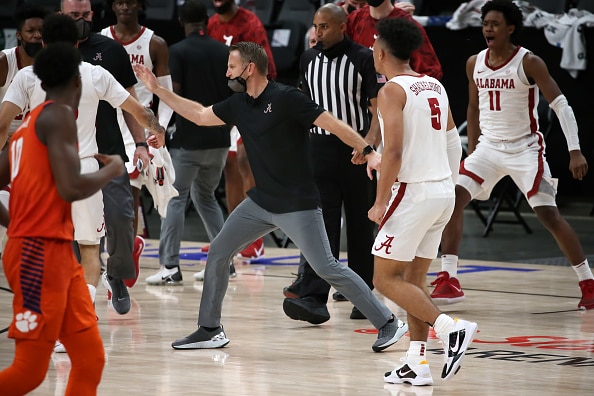 Saturday’s SEC Tournament semifinals provided two high-quality contests. In the first semifinal, top-seeded Alabama battled from a 15 point second-half deficit en route to a 73-68 win. In the second semifinal matchup, LSU’s defense stepped up on the big stage, limiting the Razorbacks to just 0.96 points per possession.

1) Alabama and the Analytics prevail

High percentage shots at the rim or three-point attempts is how Nate Oats and the Crimson Tide want to play. It’s one thing to be able to scheme your offense around these principles, but Oats has the personnel capable of playing this way. Tennesee got out to an early lead due to connecting on lower percentage mid-range shots. The Vols were unfortunately unable to sustain their early hot shooting over the course of 40 minutes.

2) Slow down the Arkansas hype train

While Eric Musselman has elevated the Razorbacks back to national relevance, the Razorbacks do not look like a Final Four caliber team. They entered the SEC Tournament as arguably the hottest team in the nation but limped past Missouri in the quarterfinals before being out-toughed by a more athletic LSU bunch. The Razorbacks are capable of reaching the second weekend but in terms of being a darkhorse National Title contender, slow your roll.

The Volunteer’s offensive struggles were once again apparent in the second half of today’s semifinal matchup. Alabama’s half-court defense forced the Volunteers into consistent tough shots and as a result, Tennessee was held to just 0.86 points per possession. While the loss of star forward Jon Fulkerson certainly hurt the Volunteers down low, Tennessee did get a solid effort from reserve center Uros Plavsic.