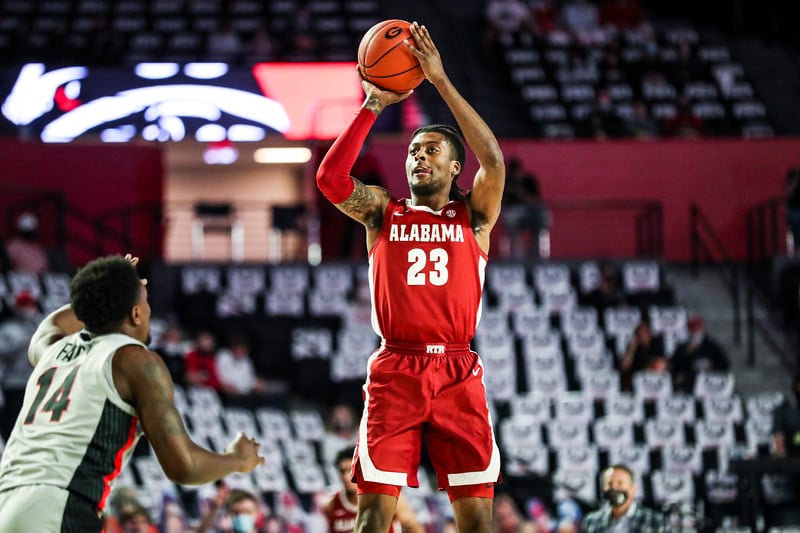 The SEC Tournament quarterfinals saw the favorites go through, setting up a great Saturday of basketball.

On a day full of exciting games, Alabama, Tennessee, Arkansas, and LSU advanced to the semifinals of the SEC Tournament. Here are the three takeaways from this Friday slate.

1) Alabama is still the team to beat

Despite their #1 seed, everyone counted out Alabama and had Arkansas as the favorites. They proved their talent today with a 85-48 win against Mississippi State. They are still the team to beat and they still have one seed potential in the the NCAA tournament. If they can beat their opponent in the semifinals and beat the winner of the finals, we may see Alabama hit the one line.

One of the top defensive players in the country performed again in their win against Florida. The center had 9 blocks and was a big reason for the win. Tennessee is a confusing team, but it’s hard to score in the paint with Pons in the paint. Look forward to seeing Pons and the Tennessee team competing for the SEC title on Sunday.

Arkansas has been a quiet favorite to win the SEC tournament. Today, they were tested in a game against Missouri in which they came out on top 70-64. Arkansas is a extremely talented team, and Moses Moody is a great player, but the rest of the team stepped up in a big way. JD Notae finished with 27 points and Justin Smith added 16. If Arkansas can have balanced scoring, then it will be hard to beat them. With selection Sunday coming up, expect Arkansas to fall on the two or three seed.