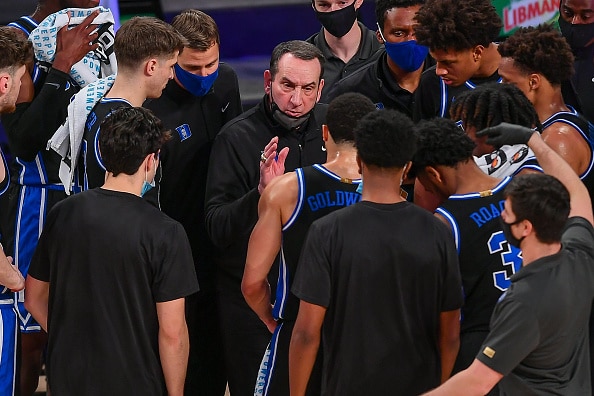 The ACC tournament quarterfinals didn’t disappoint, with excitement throughout the day.

In the opening game of the day, Virginia’s Reece Beekman hit a 3-point basket as time expired to get by Syracuse 72-69. Sam Hauser led the way for the Cavaliers with 21 points. Jay Huff gave Virginia a double-double performance with 13 points and 12 rebounds. Trey Murphy III finished with 15 points and Kihei Clark added 10 points.

Syracuse was able to score 39 points in the first half against a tough Virginia defense but came up short in the end. Buddy Boeheim continued his stellar performance at the ACC tournament leading the Orange with 31 points shooting 5-8 from the 3-point line. Quincy Guerrier finished with 14 points and 10 rebounds andRobert Brasswell added 10 points.

In the second game of the morning session, Miami ran out of gas as they tried to win their third game in three days leading to a 70-66 Georgia Tech victory. Jordan Usher led Georgia Tech in scoring finishing with 15 points. Michael Devoe added 13 points and seven assists, while Jose Alvarado finished with 10 points

Playing in their first game since February 27, because of a Covid-19 pause , Virginia Tech ran out of gas against the physicality of North Carolina. Justyn Mutts led the way with 24 points and eight rebounds. Tyrece Radford added 20 points for the Hokies and Nahiem Alleyne finished with 12 points.

Florida State advanced to the ACC Semifinals by virtue of a no-contest after a tier one personnel member of Duke tested positive for Covid-19.

Duke had possibly been playing its best basketball of the season in the first two rounds of the ACC tournament. Fighting their way onto the bubble and poised to make a run to reach the NCAA tournament, Duke instead has found its season cut short due to Covid-19 for the second straight year in a row. Duke’s streak of 24 consecutive NCAA tournament appearances will come to an end in heartbreaking fashion. Duke’s leading scorer Matthew Hurt took to Twitter just to say, “worked so hard for this,” (with a broken heart emoji). “I loved the 2020-2021 Duke basketball team and was honored to be their coach,” head coach Mike Krzyzewski said. “We have not asked more of any team in our history, and they deserve enormous credit for handling everything like the outstanding young men that they are.”

Worked so hard for this.💔

Syracuse is squarely on the bubble for the NCAA tournament. A win over Virginia would have probably given them a chance to make the big dance, but Virginia spoiled those plans. The Orange have won six of their last 10 games and have firmly put themselves into consideration for an NCAA tournament bid. Buddy Boeheim was doing everything he could in the ACC tournament to keep Syracuse alive scoring 58 points through his two ACC tournament games while shooting 11-20 from behind the 3-point line. Boeheim’s efforts came up short and now Syracuse will have to wait three days to know their fate. Syracuse entered the day ranked 39th in the NET. With the loss, they have fallen to 1-7 in Quad 1. Entering the day, CBB Review’s Matty Brackets had Syracuse as one of the last four teams in the field of 68. Syracuse can no longer help themselves and will hope other bubble teams suffer similar defeats.

1) Georgia Tech Will be Dancing

Georgia Tech hasn’t been to the NCAA tournament since 2010. It’s the second-longest drought of any ACC team one year shorter than Boston College’s 11-year drought. Josh Pastner took this program over five years ago in 2016. Pastner recently told Atlanta Sports Radio show The Game that he told Georgia Tech he would have them back in the big dance in five years. Pastner’s promise is coming true. Georgia Tech has reached the ACC tournament semifinals for the first time since 2010. With opportunities for a bad loss no longer available, Georgia Tech can only look to improve their seed as they face off with Virginia for a chance to play in the ACC tournament championship game. Georgia Tech has turned things around after an 0-2 start to the season that included home losses to Mercer and Georgia State. The Yellow Jackets’ resume is good enough and they have played themselves into the NCAA tournament, ending a 10-year drought.