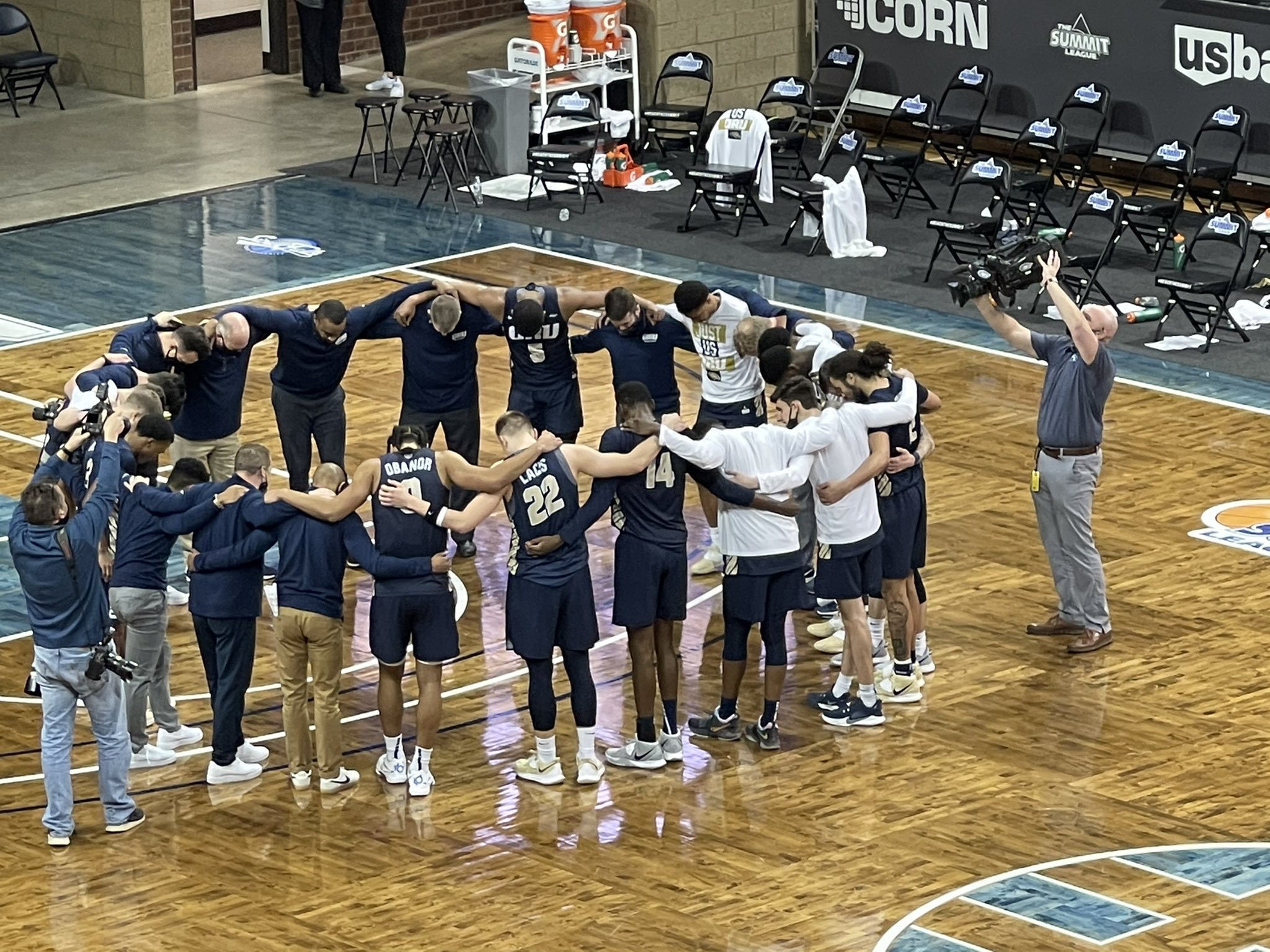 Max Abmas is headed to the NCAA Tournament. Don't know him? YOU WILL SOON. Oral Roberts is DANCING.

In the first half of the Championship game for the Summit League, Oral Roberts basketball led the Bison 45-20. Kevin Obanor leads the Golden Eagles with 17 points. North Dakota State was the lone bright spot in Rocky Kreuser, who had 13 points.

ORAL ROBERTS IS GOING DANCING! For the 1st time since 2008, the Golden Eagles are Summit League Champions! What an incredible run for Paul Mills and company. @ORUMBB pic.twitter.com/ndixgun79V

In the second half, North Dakota State caused five turnovers in the first four minutes of the second half. Coach Richman made this a point and challenged his team to step it up and stress that if the team wants to continue to play, this is where it has to start. The end is where this is the most relevant on a hail mary pass North Dakota State turns the ball over to Oral Roberts basketball to seal the loss.

The Oral Roberts Golden Eagles are soaring into #MarchMadness for the first time since 2008 after winning the Summit League Championship! pic.twitter.com/s8MpUDVicM

Really impressed with this offense. Turned down multiple open 3-point shots to get the best shot. Unselfishness led to a corner 3. https://t.co/CXFhRm7nEE

With under 12 minutes left in the second half, North Dakota State basketball started pressing and speeding up the Golden Eagles. This amped up the Bison as the team began to really disrupt Oral Roberts basketball and even had a couple of successful traps and turnovers. The team continued to be the aggressors, and it really invigorated the Bison, who were able to finally tie it up with under two minutes left to play at 72 all. Lacis likely sealed the game with a block with under five seconds left to play.

North Dakota State needs to find the ball. This is what sealed their semifinal win in the Summit League. To win, Coach Richman needs to make this adjustment. The Bison can dominate the boards, and getting second-chance points and limited the Golden Eagles is key. The Bison came back in the second half to really allow this game to come back and had a shot at winning it all.  Abmas led the Oral Roberts basketball with 23 points, seven assists, and four rebounds. Obanor scored 21 points after fouling out and added 9 rebounds and one block. Rocky Kreuser led the Bison with his career-high 34 points, 9 rebounds, one steal, and one block.