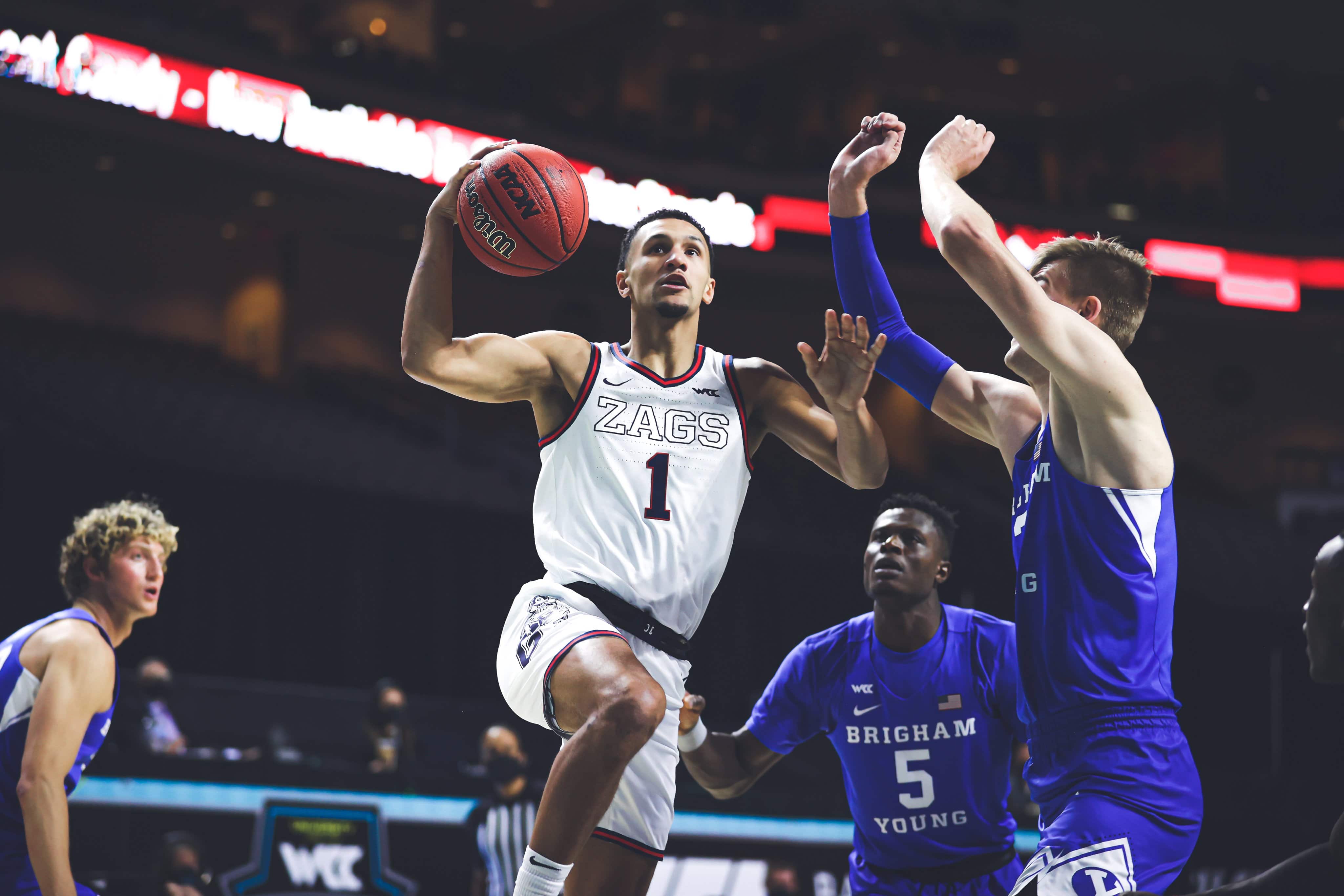 Gonzaga basketball did what we all thought they did: Win the WCC Tournament.

However, the manner in which Gonzaga did this was not at all how we expected: the Zags had their backs against the wall for much of the night before pulling away from BYU late in the game.

There’s a lot to unpack, so let’s dive right into our three takeaways.

Prior to this game, Gonzaga had really only been tested by West Virginia, which was months prior.

The only legitimate criticism of Gonzaga heading into March was that they had not been tested yet. Fortunately, BYU brought their A-game, leading by double-digits for a massive portion of the context.

The Zags never wavered. Their offense didn’t change, as they didn’t play with more urgency: they simply upped the pace and flow of the game.

Jalen Suggs and Corey Kispert hit big shot after big shot, but no single player had to take over. Between Suggs, Kispert, Drew Timme, and Joel Ayayi, Gonzaga stayed calm and played their game.

Now, if a team can maintain the 62% field goal percentage that BYU had in the first half, maybe that’s a different story. Considering that Gonzaga never flinched even when they faced their largest deficit of the season, I think it’s fair to say that the Bulldogs don’t need any further validation of their greatness as a team.

As of this week, BYU is safely in the tournament field. Likely looking at an eight or nine seed, the Cougars showed with their performance against Pepperdine and near-upset against Gonzaga that they can get hot and nearly run the table in a tournament setting.

The Cougars are experienced and dangerous. Matt Haarms has played in an Elite Eight before. Brandon Averette has shown the ability to make huge shots down the stretch. Alex Barcello is the best player that you’ve probably never heard of.

Even though BYU couldn’t finish the deal, the Cougars flashed some serious cinderella potential. Between the fast-paced scoring offense, tenacious defense, and leadership throughout, BYU proved that they can be a formidable foe against Gonzaga.

Although Corey Kispert has had an incredible season and career, Jalen Suggs proved against BYU that he should be Gonzaga’s go-to guy in the clutch.

Suggs was cool and collected in his demeanor throughout the second half, smoothly hitting a number of three-pointers while also making hustle plays and defense and facilitating the Zags offense.

In the tournament, few things are as valuable as leadership and experience. Suggs might not have the experience, but his leadership and talent were a major factor in Gonzaga’s comeback win over BYU. Kispert made some big shots as well, but also came up empty in some earlier opportunities to take control of the game.

Down the stretch in March, defenses will be zoned in on Kispert on the perimeter. Enter Jalen Suggs for his time to shine in March, as he should for Gonzaga basketball.

5 Teams That Could Benefit From Conference Realignment