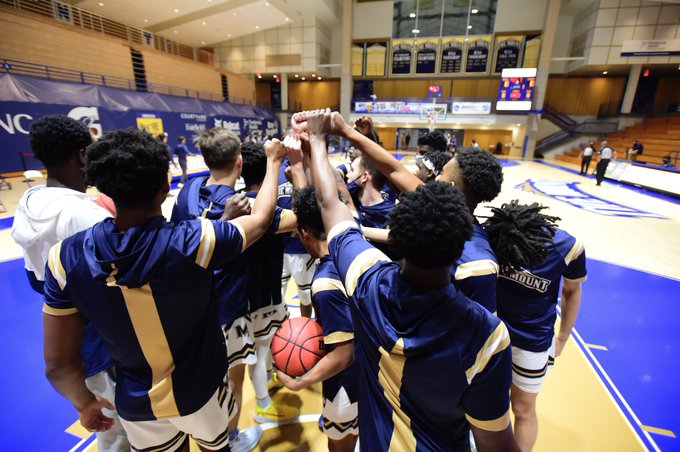 For the sixth time in school history, Mount St. Mary’s basketball is heading to the NCAA Tournament. A perennial NEC power, ‘The Mount’ was playing in its eighth NEC final, the last in 2017. On the flip side, Bryant was making its first and has never been to the NCAA Tournament as a Division I institution.

Mount St. Mary’s prides itself on its defensive efficiency, highlighted by the fact that they have held 16 of their last 17 opponents to under 70 points. Make that 17 of the last 18 games. Bryant only shot 38% from the field and other than Charley Pride, they did not allow anyone else to make a three-point field goal.

The Mount played only seven players. Four of their five starters played 31 or more minutes. Damian Chong Qui played all 40 minutes and led the team with 21 points. He added eight rebounds and five assists. The starters scored all but five of the Mount’s points.

Dame doing his thing late in the game. Chong Qui with 17 points in the second half. Mount up by 10 at the final media timeout.

Pride carried the Bulldogs on his back. He also played all 40 minutes and scored a game-high 33 points. He made eight three-pointers on the night. The sophomore will be back to torment the NEC for two more years.

.@SourPatchChuck5 sent us to the break with a HUGE three.

Mount St. Mary’s Basketball will head to Indianapolis for the NCAA Tournament. Where will they be seeded? They will find out for sure on Sunday but look for the Mount, who were the four seed for this tournament, to be seeded along the 15 line. They will enter the field of 68 with a record of 12-10 so they could fall to the 16 line.